A remake of the British television series of the same name, “Cleaning Up” is a new JTBC drama about three cleaners at a securities firm that attempt to forge a new destiny for themselves after accidentally overhearing some key information about insider trading. Yum Jung Ah stars as Eo Yong Mi, the leader of the trio, while Jun So Min and Kim Jae Hwa play the other members of her squad.

Previously, Eo Yong Mi got into a quarrel with Ahn In Kyung (Jun So Min). When she had to extract the evaluation form from the research team, she had no choice but to get help from Maeng Soo Ja (Kim Jae Hwa) once again. This comes after Maeng Soo Ja was already keeping a close eye on Eo Yong Mi and Ahn In Kyung for their suspicious actions. Could Maeng Soo Ja have sniffed out the money?

New stills reveal some scheming going on between the trio. Eo Yong Mi is on the phone with someone, but her expression appears embarrassed. Maeng Soo Ja glares at her sharply while drawing her attention to a sticky note that has a message written on it. Ahn In Kyung observes the interaction with a helpless look. It remains to be seen how they’ll carry out their scheme while dealing with such different emotions. 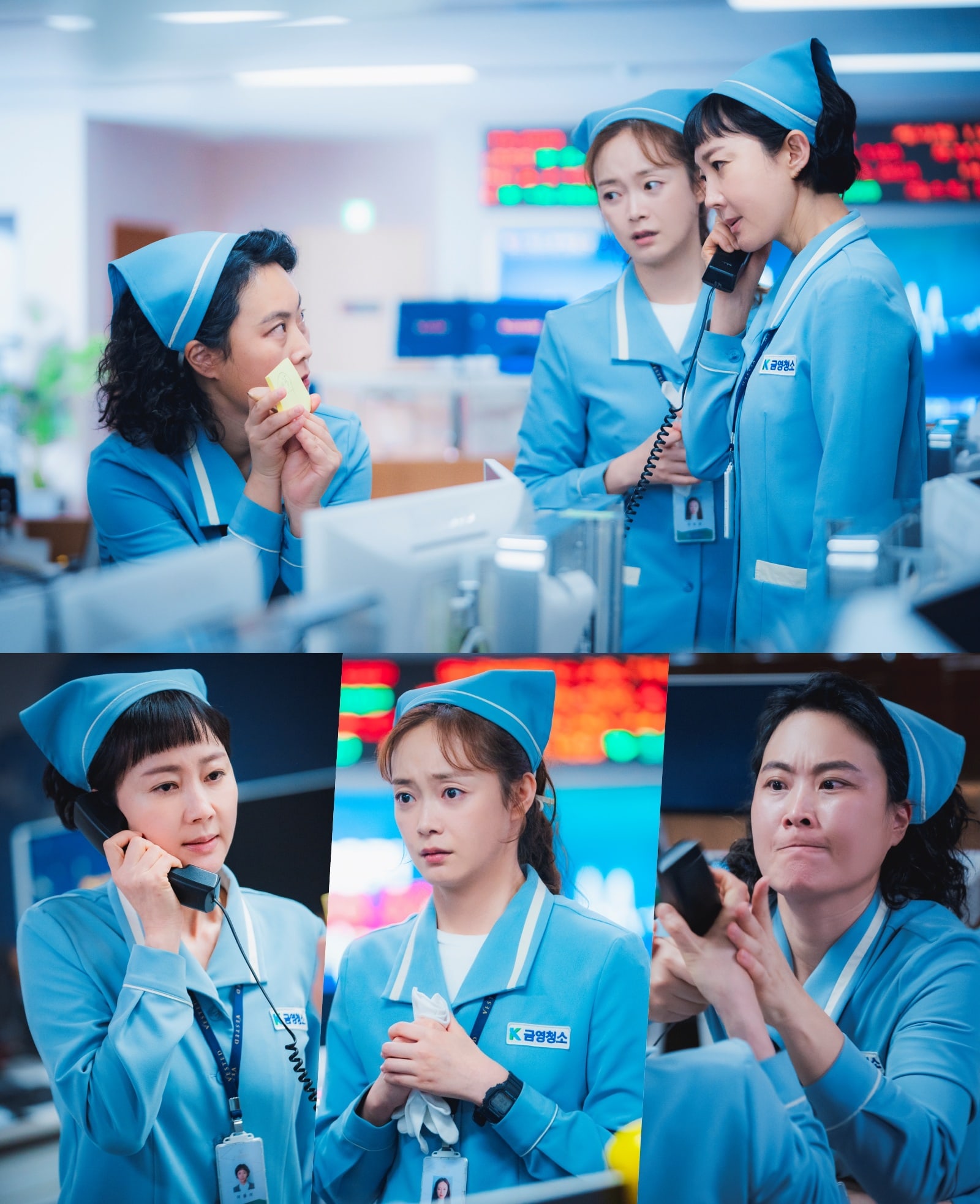 The drama’s producers commented, “Maeng Soo Ja, who up until now had merely been watching from the sidelines, will begin to throw herself into the action. Today’s unpredictable episode will reveal the reason for their secret scheming and the recipient of Eo Yong Mi’s phone call. We ask for the viewers’ anticipation and that they tune in to tonight’s episode!”

In the meantime, check out Kim Jae Hwa in “Why Her?” with subtitles below!