SBS’s upcoming drama “Why Her?” has unveiled a romantic new poster!

“Why Her?” is a mystery romance drama starring Seo Hyun Jin as the titular Oh Soo Jae, a coldhearted lawyer who has grown empty after only chasing success, and Hwang In Yeop as law student Gong Chan, who would do anything to protect her.

As the talented youngest partner at TK Law Firm, the cold and cynical Oh Soo Jae is full of ambition and a burning desire to win at all costs. When she suddenly falls from grace in the blink of an eye, she crosses paths with the deeply empathetic Gong Chan, who is hiding painful scars of his own.

In the newly released poster, Oh Soo Jae and Gong Chan appear to be lost in a world of their own as they gaze into each other’s eyes, seemingly alone even in a crowd. As Gong Chan gently takes Oh Soo Jae’s hand, the typically ice-cold lawyer breaks out into a faint smile, hinting at his ability to melt down the barriers she has put up around her heart.

The poster’s caption also highlights the important role Gong Chan will come to play in Oh Soo Jae’s life, reading, “The one and only person who believes me.” 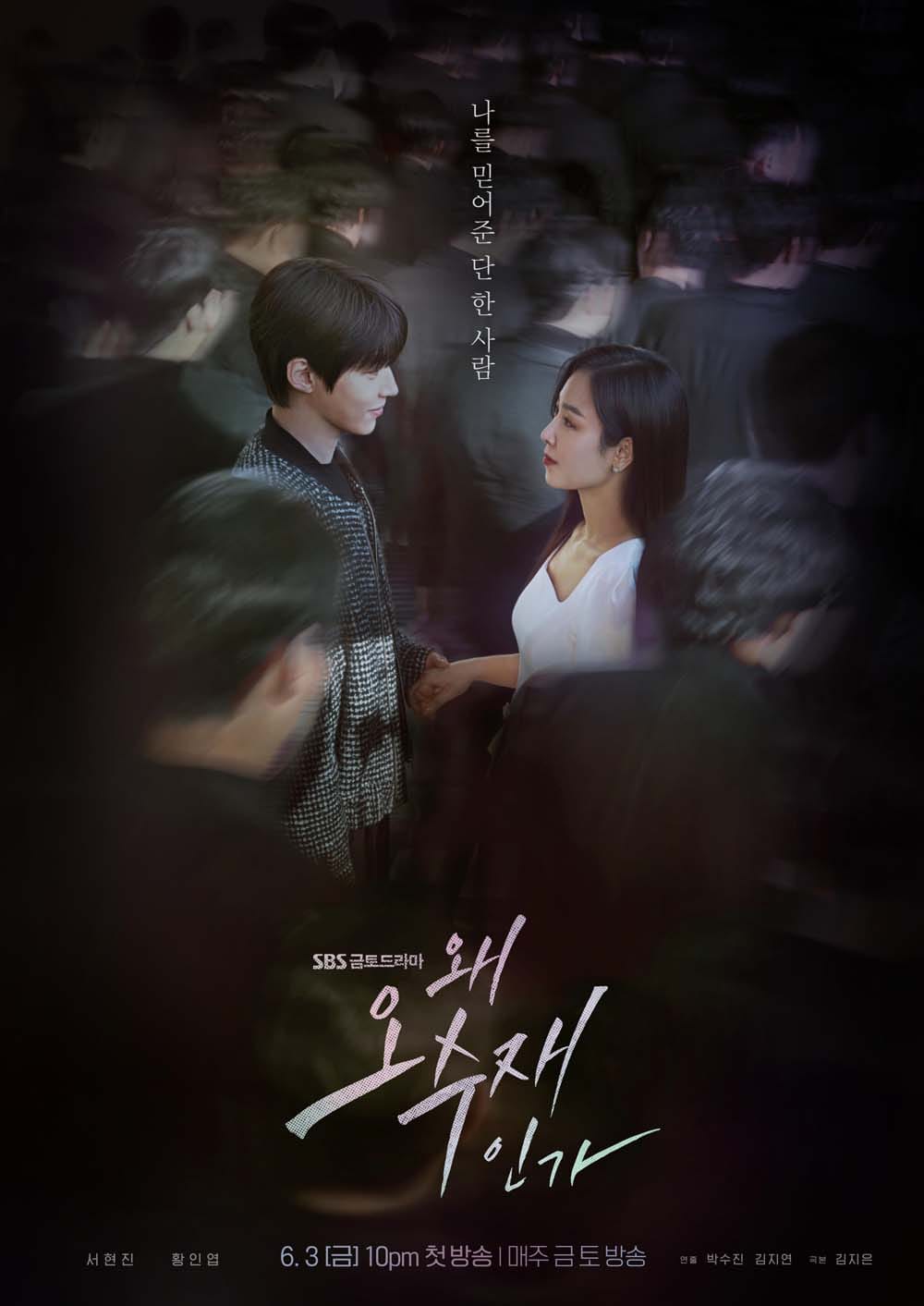 Both Seo Hyun Jin and Hwang In Yeop spoke enthusiastically about their experience working together, with Seo Hyun Jin commenting, “I felt that [Hwang In Yeop] is an actor who keeps a very open mind while working. He’s the hard-working type who fleshes out the details of his character by keeping the discussions going up until the very end on set.”

Meanwhile, Hwang In Yeop remarked, “I think it’s truly an honor to be able to act together with Seo Hyun Jin.”

He went on to express his gratitude to his co-star, noting, “She was always considerate of me and helped me feel comfortable [during filming]. I think that made it possible for me to bring out the character of Gong Chan better. Unlike the character of Oh Soo Jae in the drama, she’s actually someone who always makes the atmosphere on set fun and lively.”

“Why Her?” premieres on June 3 at 10 p.m. KST and will be available with subtitles on Viki.

In the meantime, check out a teaser for the drama with English subtitles below!