Mark your calendars: aespa has released a schedule for their highly-anticipated comeback with “Girls”!

aespa is currently gearing up to make their return with their second mini album “Girls,” and on June 15, the group released a detailed schedule of what fans can look forward to ahead of the album’s release.

After officially releasing the second episode of their “SM Culture Universe” series on June 20, aespa will drop the English-language single “Life’s Too Short“—which they first performed at Coachella in April—as a pre-release track on June 24.

aespa will then perform at their first-ever LA showcase on June 26 and 27 before releasing “Girls” and its title track on July 8.

Check out aespa’s full comeback schedule for “Girls” below, and watch their lyric video for “Illusion,” their surprise pre-release track off the upcoming album, here! 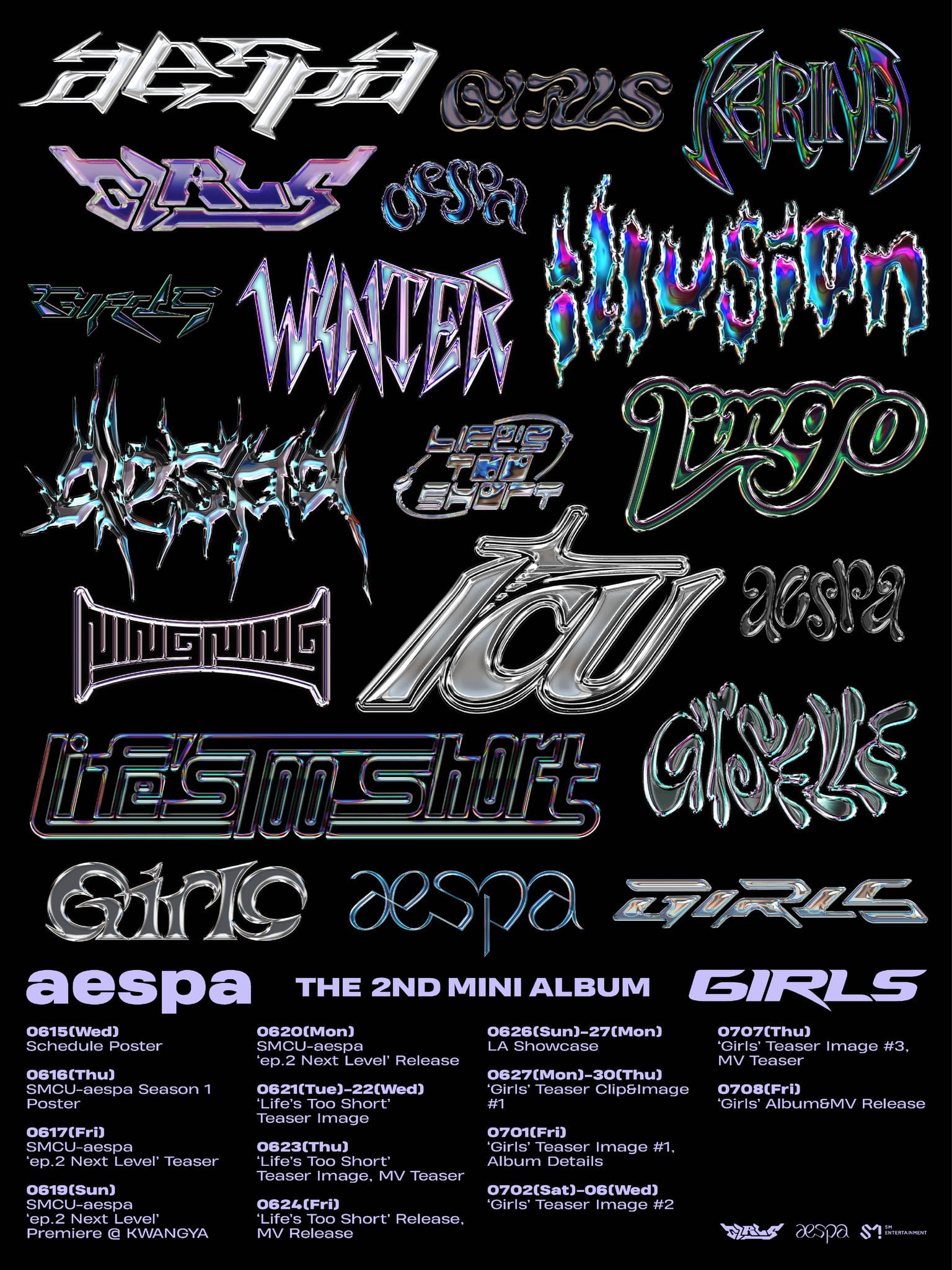