SEVENTEEN is heading abroad on a world tour!

On May 17 KST, SEVENTEEN officially announced their plans for a new world tour entitled “BE THE SUN.”

After kicking things off with two nights of concerts at Seoul’s Gocheok Sky Dome on June 25 and 26, SEVENTEEN will head to North America, where they will perform in arenas in 12 different cities in the United States and Canada.

Although specific dates and cities have not yet been revealed for the remainder of their tour, PLEDIS Entertainment has announced that SEVENTEEN will also be embarking on an arena tour of Asia and holding six dome shows in Japan from November to December. 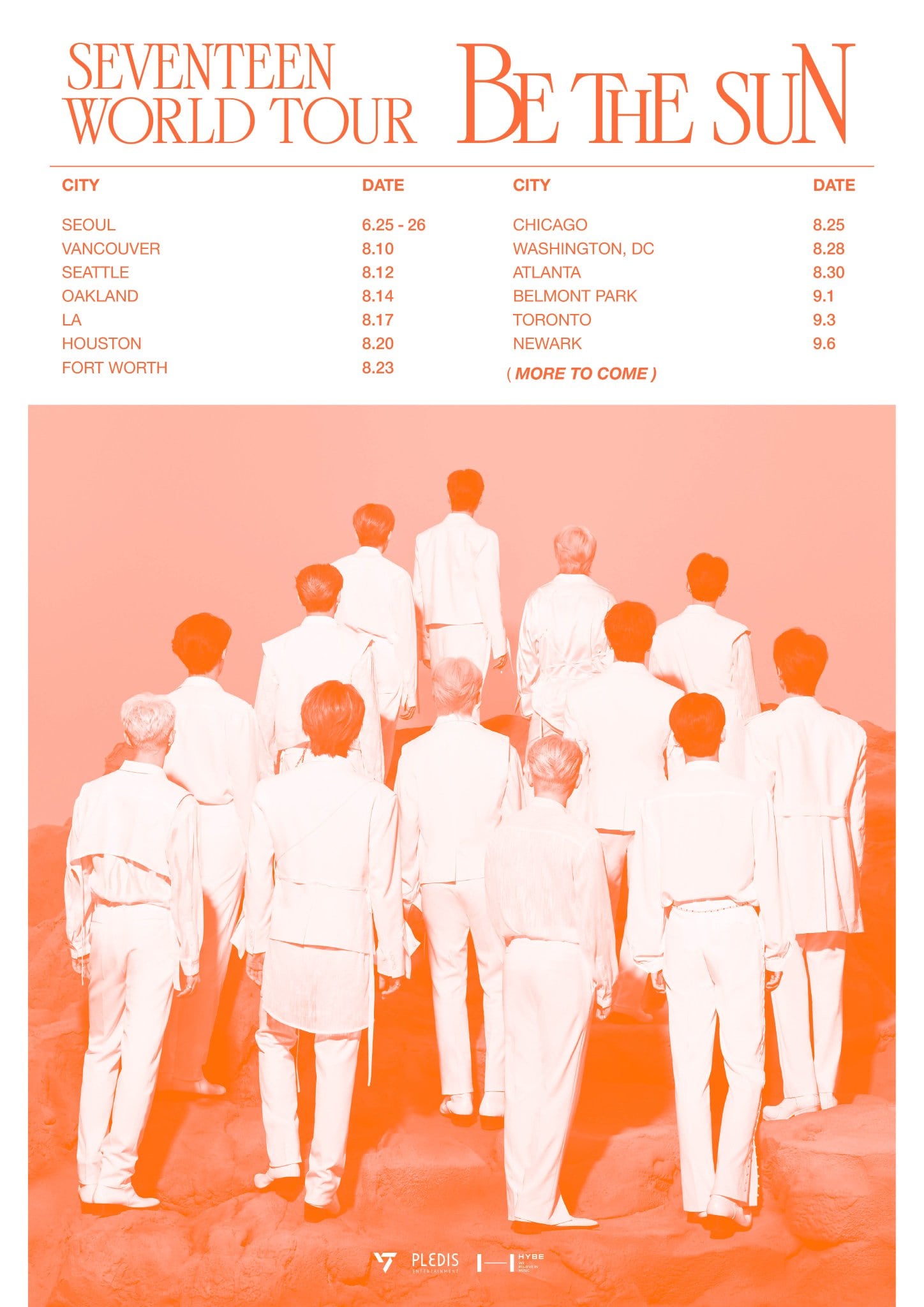