On May 16, ASTRO held an online media showcase for the release of their third full album “Drive To The Starry Road”!

Their new album is their first comeback in over a year since releasing their second full album “All Yours” last April. Although MJ is featured in “Drive To The Starry Road” and the music video for “Candy Sugar Pop,” he was not present at the showcase because he is currently completing his mandatory military service.

Leader JinJin shared, “Since it’s our third full album, we included a solo song by each member for the very first time. We colorfully perfected this album by expressing our individual colors.” Cha Eun Woo commented, “We’ve captured the road ASTRO has walked on and the road we will walk on in the future.”

Moonbin added, “This year, ASTRO has rung in our seventh year since debut. As much time has gone by, we’ve grown in a lot of different aspects and I think that was captured well in this album. You’ll be able to see ASTRO’s more matured and experienced image so please look forward to it.”

Regarding their nickname as “Refreshing-dols,” Cha Eun Woo shared, “I’m thankful that people link the keyword ‘refreshing’ to our group. I think it’s an area we’re confident in and we wanted to show an upgrade so we’ve solidly prepared.” 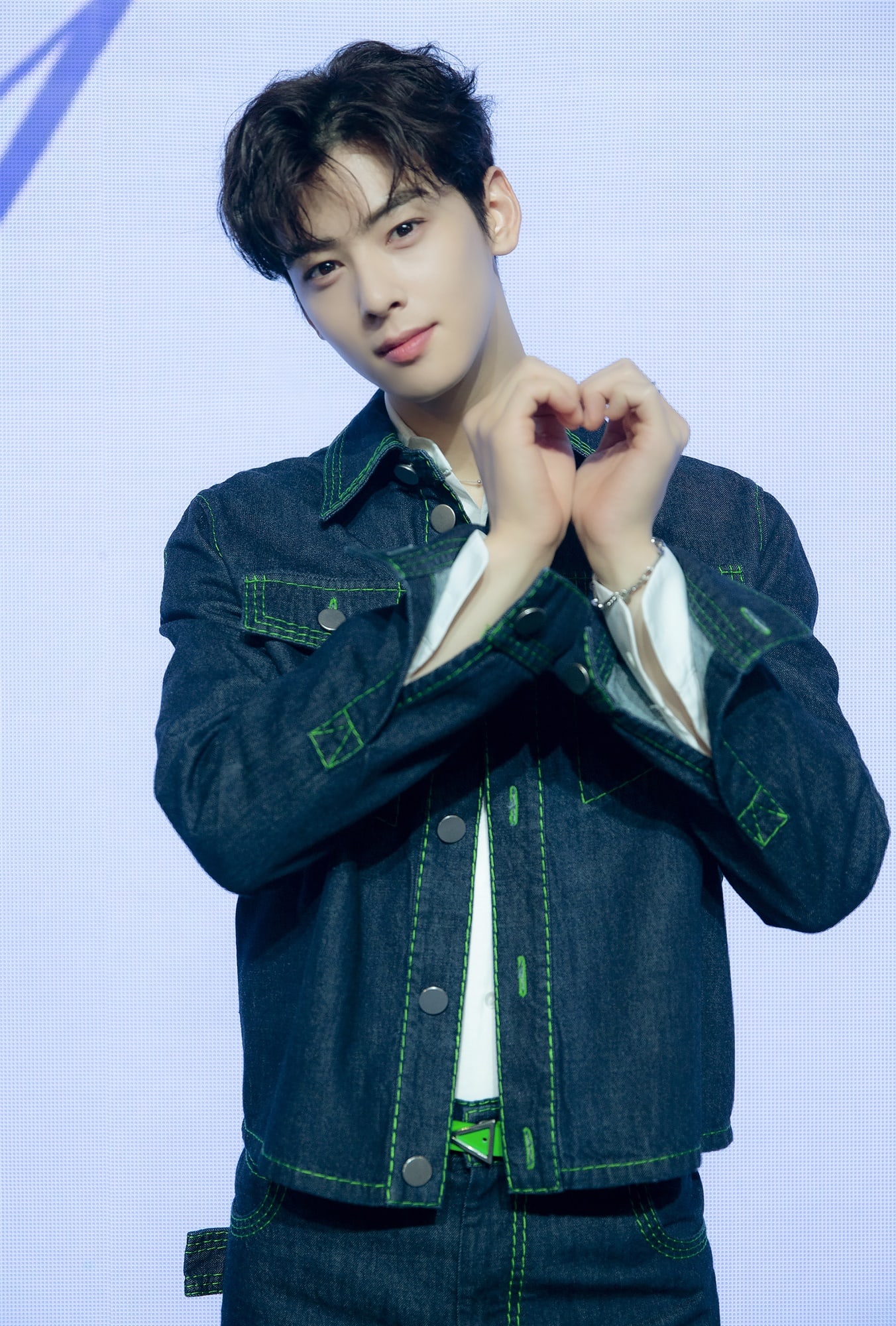 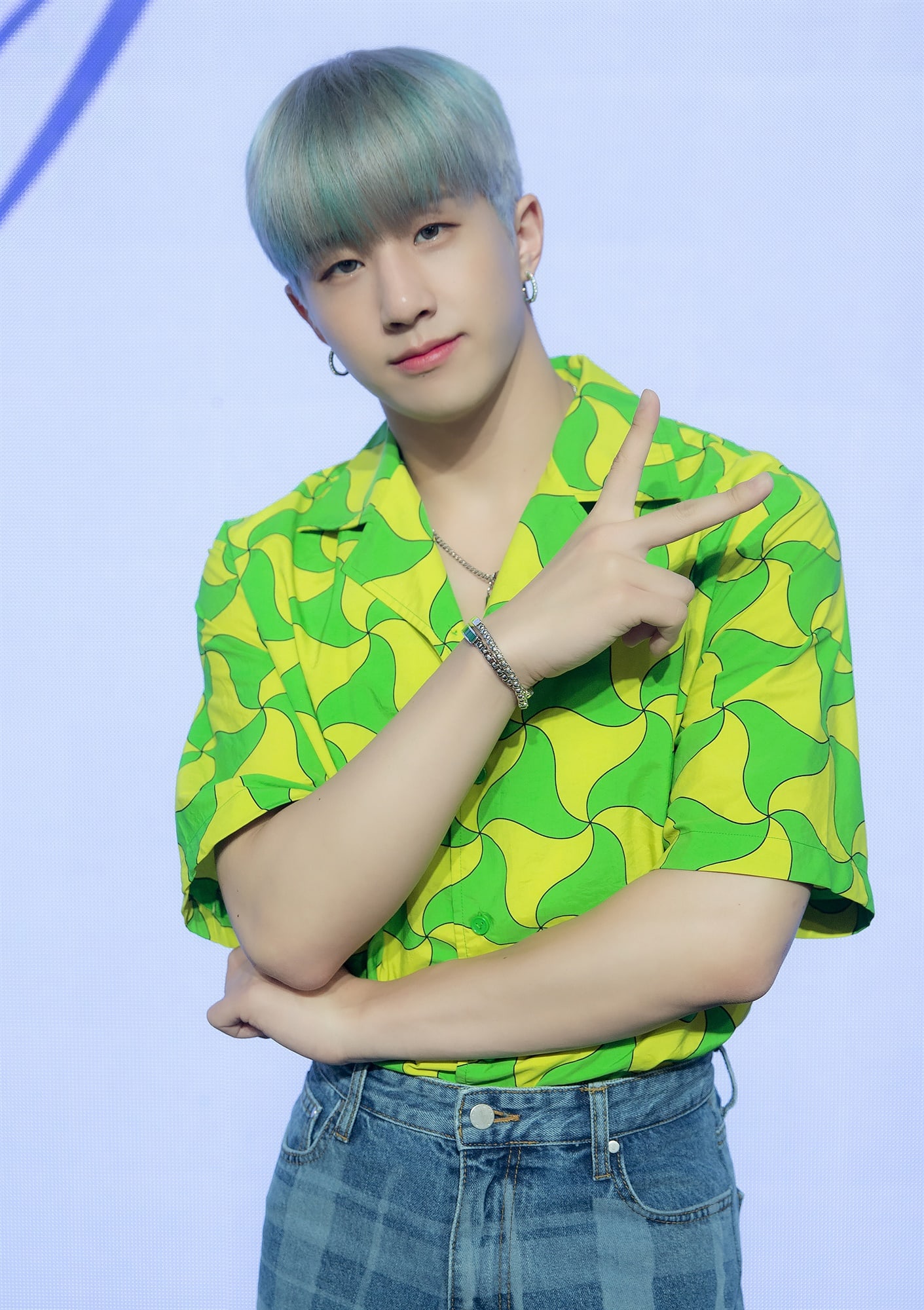 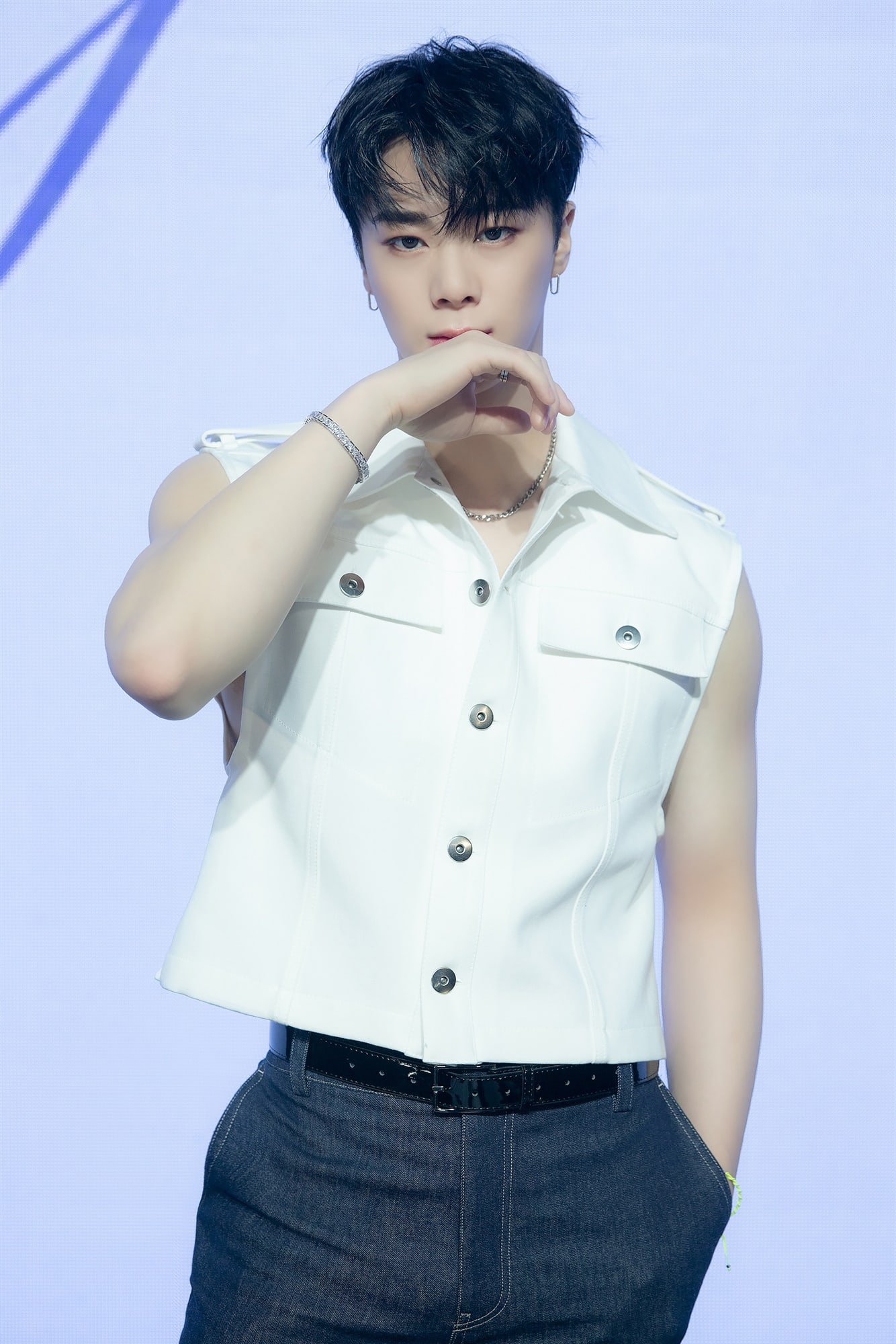 ASTRO’s latest title track “Candy Sugar Pop” is a bright and lovable summer track with lyrics written by JinJin, Moonbin, and Rocky. Moonbin commented, “The concept is the relaxation that’s embedded within the refreshing vibe. We tried to capture a bouncy charm that suits the season of summer and we wanted to portray a matured image, rather than an overly youthful vibe.”

In addition to “Candy Sugar Pop,” “Drive To The Starry Road” features 10 b-sides, with six songs being solo tracks. Rocky shared, “We’ve been working on composing and lyric writing and we now think we have the strength to lead a song entirely, which is why we included solo songs.” 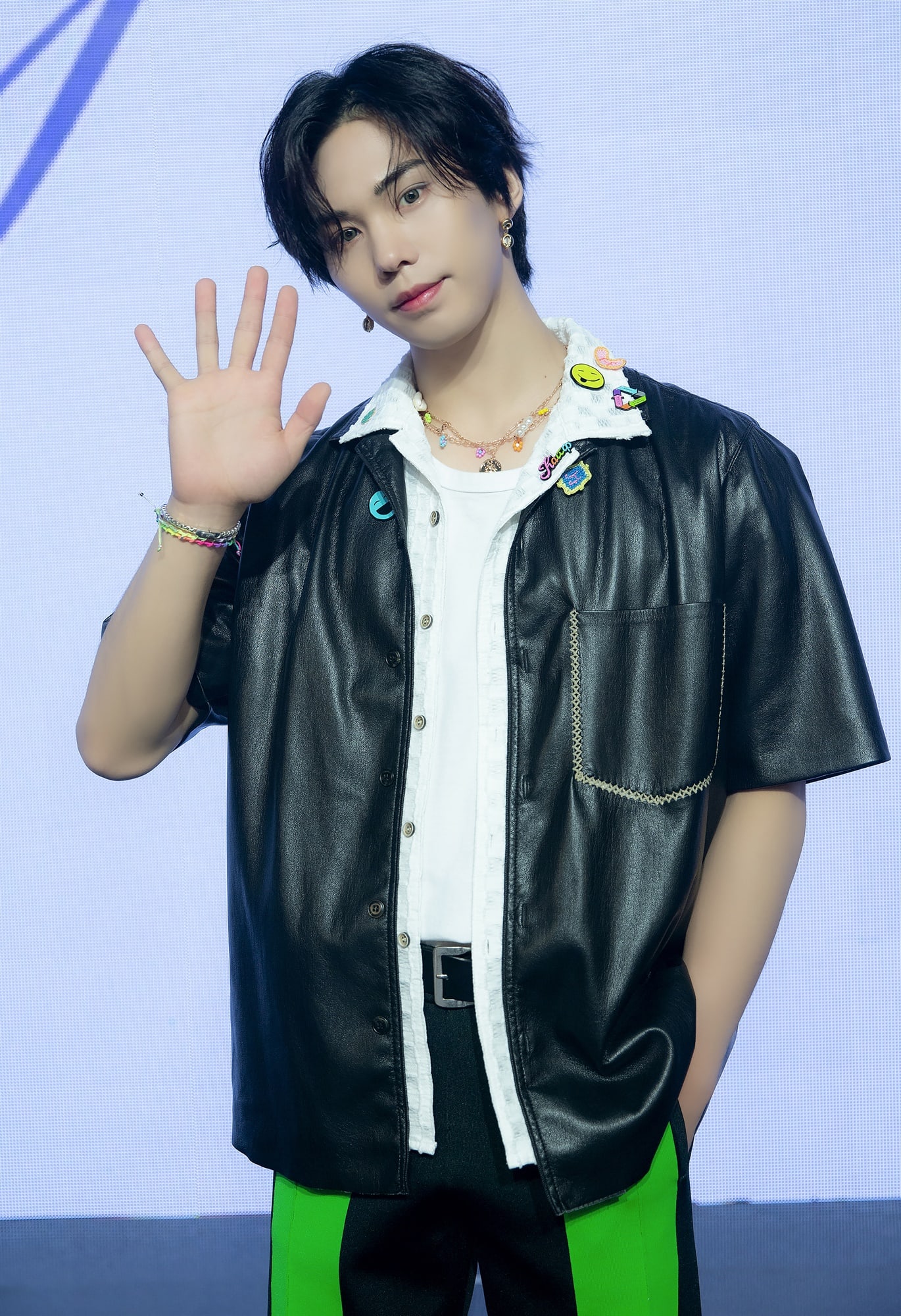 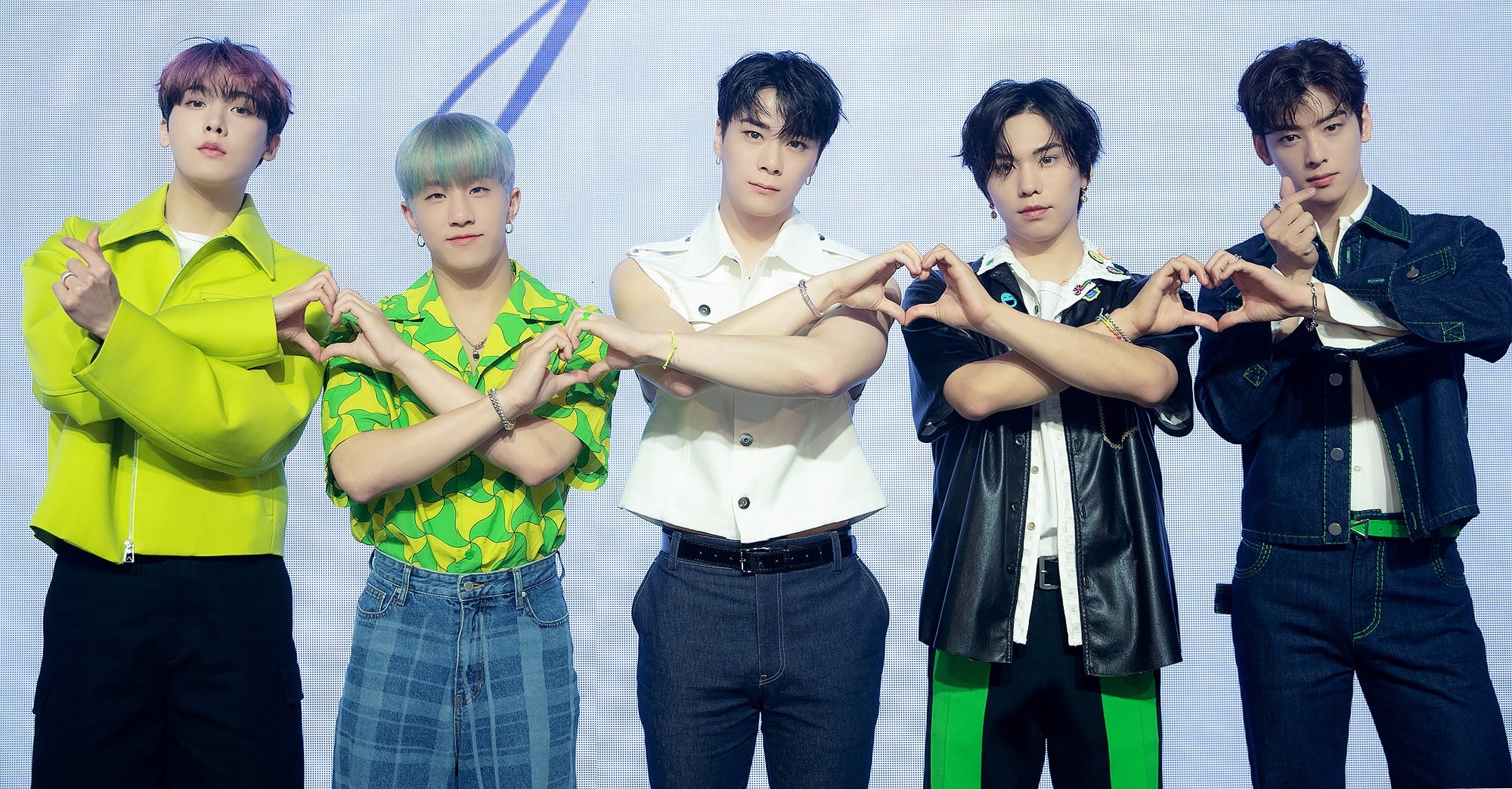 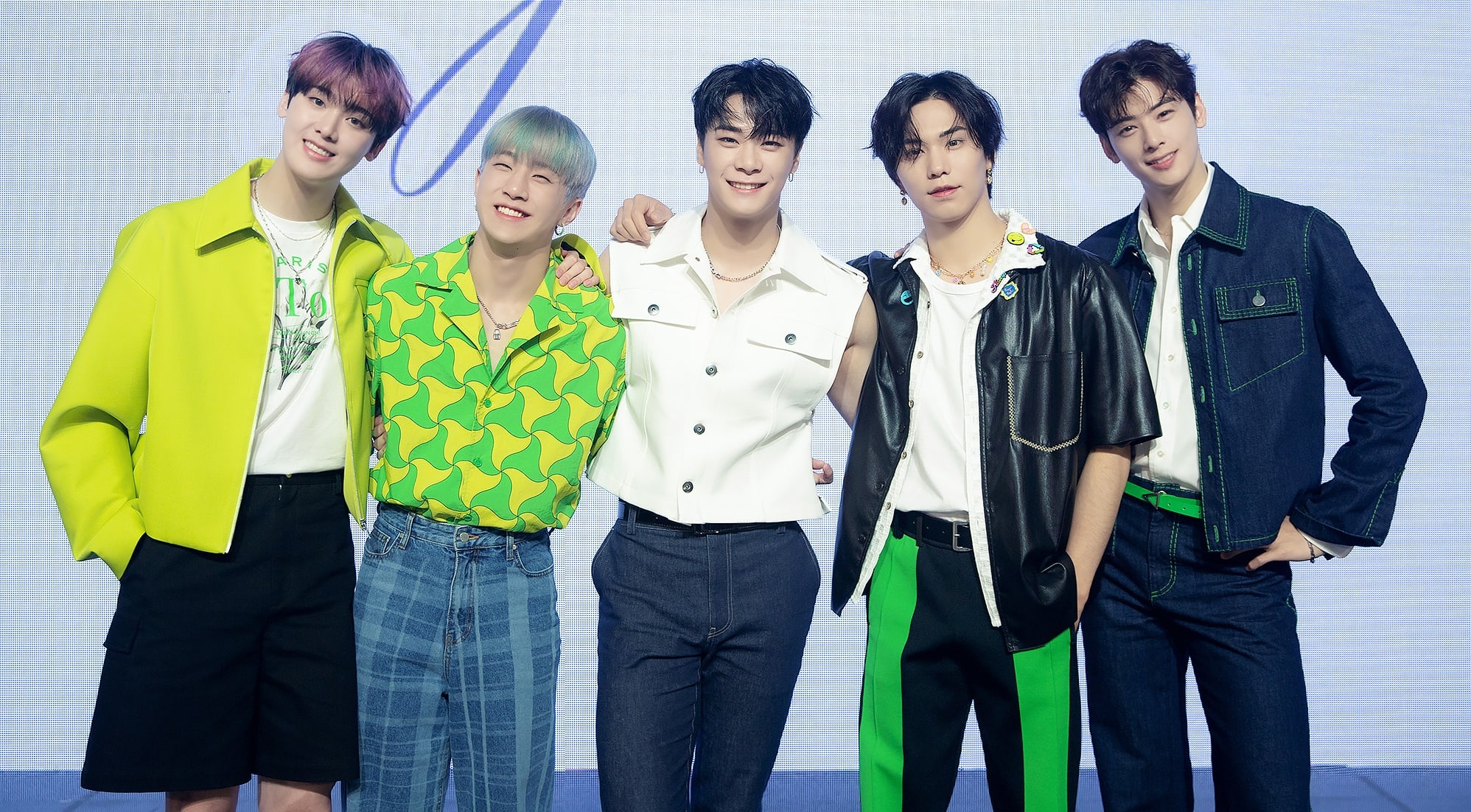 Earlier this month, the members of ASTRO bid farewell to MJ as he began his mandatory military service. As they’re now missing the group’s main vocalist, Moonbin said, “We tried to promote excitedly and enjoyably in order to fill the spot of our multitalented hyung. The five of us worked hard so that you can feel those aspects when you’re watching our performances.”

When asked what words of support they received from MJ, Sanha answered, “He told me that I’ve done well up until now as the maknae [youngest], so I’ll be able to do well even when he’s gone.” 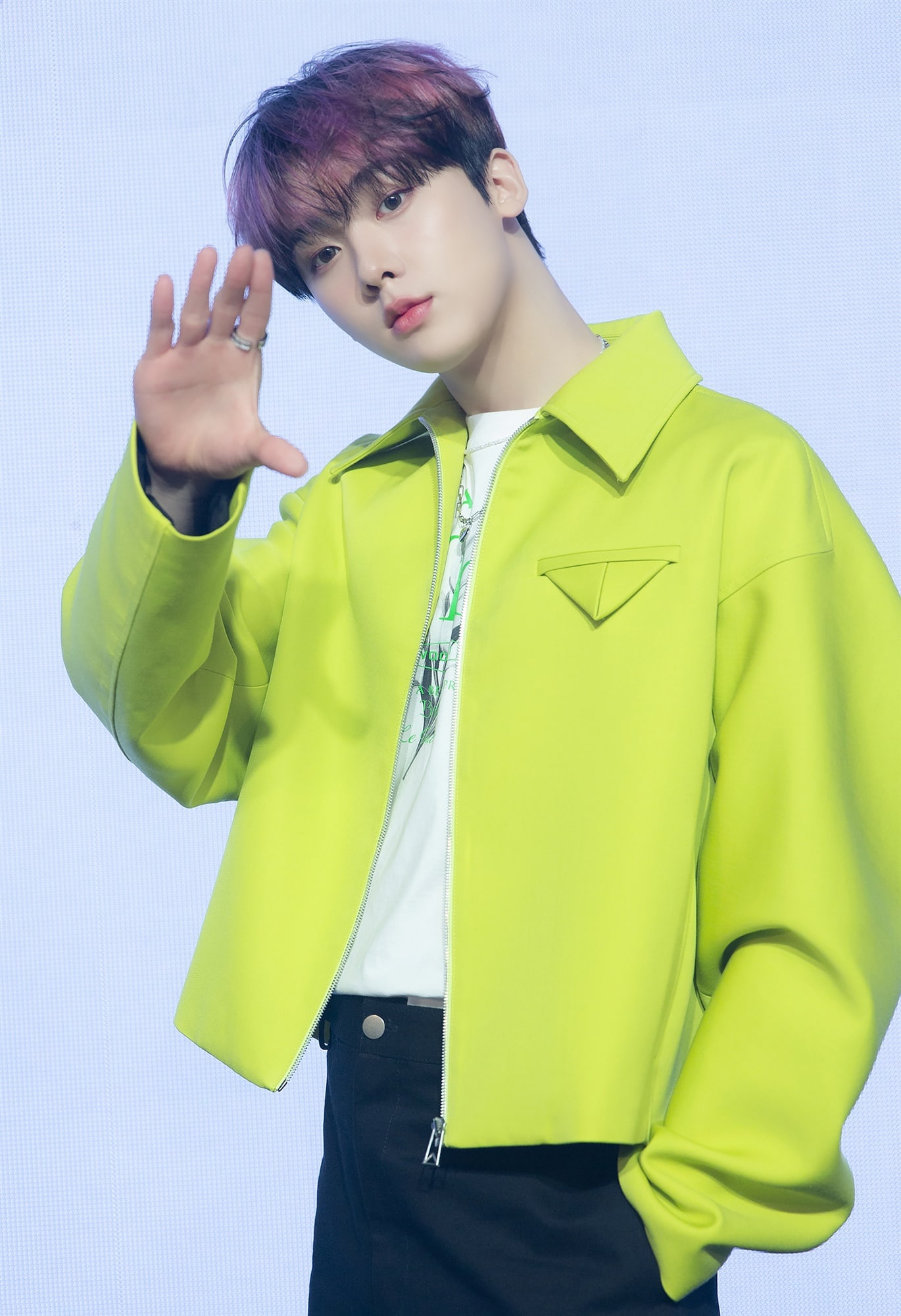 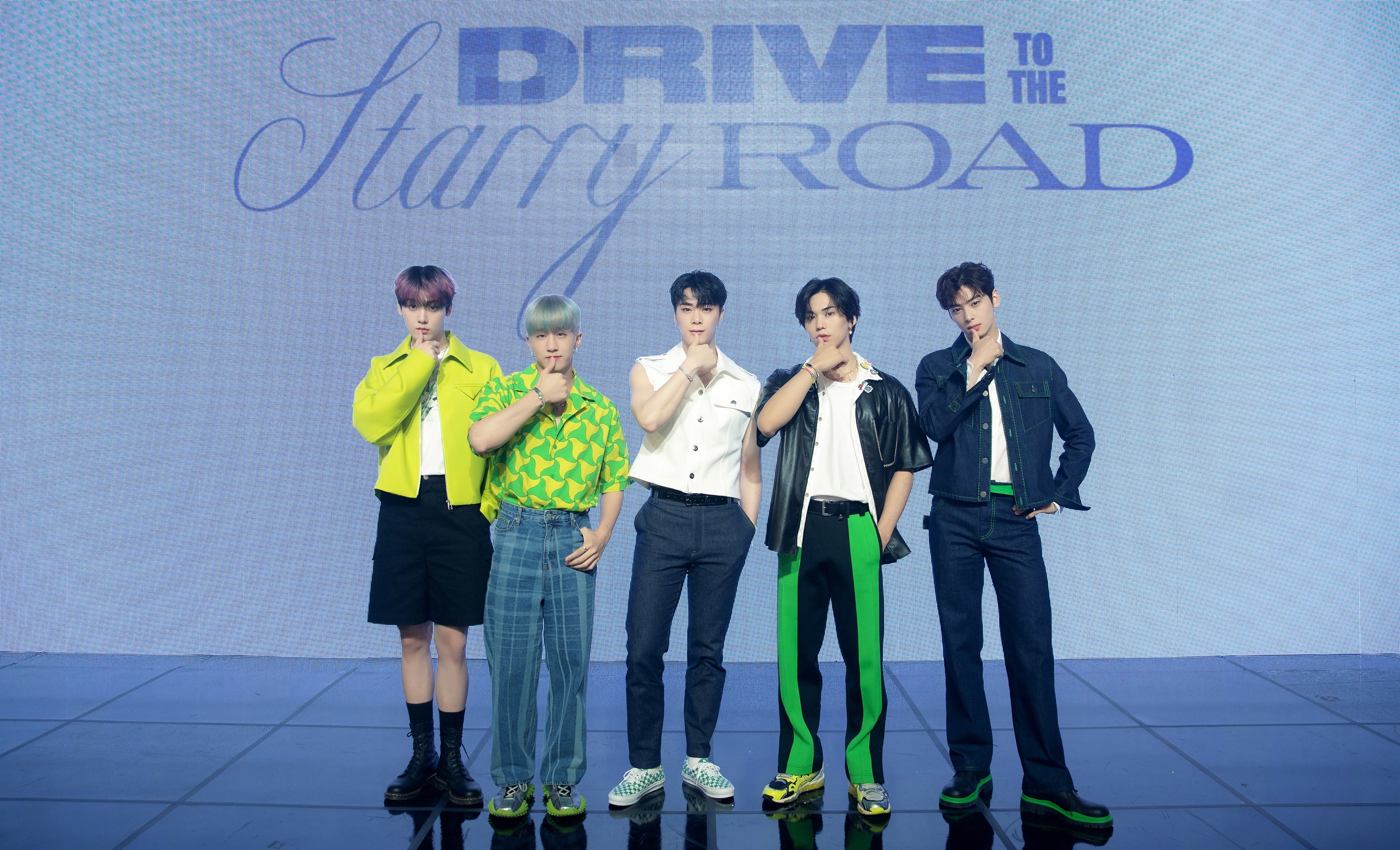 At the end of next month, ASTRO will hold “The 3rd ASTROAD to Seoul,” their first concert in nearly three years. Moonbin shared, “I’m looking forward to it and I’m also nervous. I’m most looking forward to the fact that we can personally show the performances we’ve only shown online.”

For the group’s promotion goals, Sanha commented, “Rather than an ambitious goal, I want to make a lot of precious memories. We will promote diligently so that our energy will be conveyed.” JinJin continued, “‘Candy Sugar Pop’ has a strong feeling of public appeal so I anticipate that a lot of people will like it and I want to place first on music charts.”

Check out Cha Eun Woo in “My ID is Gangnam Beauty” with subtitles below: