Kim Ji Won and Son Seok Gu have a lot to say about dumplings in a new behind-the-scenes video for “My Liberation Notes”!

Helmed by “Law School” director Kim Seok Yoon and penned by “My Mister” and “Another Oh Hae Young” writer Park Hae Young, “My Liberation Notes” is a JTBC drama about three siblings who want to escape their stifling lives and the events that unfold when a mysterious outsider comes to their town. Kim Ji Won, Lee Min Ki, and Lee El star as the three frustrated siblings, while Son Seok Gu plays the alcoholic outsider that unexpectedly changes their lives.

The video begins as Kim Ji Won and Son Seok Gu wait to begin filming at a dumpling restaurant. As the scene involves the pair eating dumplings, they begin talking about the dish. Son Seok Gu opens up a discussion about pairing dumplings with certain foods, and Kim Ji Won makes an impressed noise as she replies, “Dumpling theory!”

Son Seok Gu then specifies that dumplings shouldn’t be put in ramen, but rather be eaten with it. The pair begin to list off different food combinations that they enjoy, and they reach an agreement when Son Seok Gu suggests, “I think the combination of mixed noodles and pork belly is insane.” 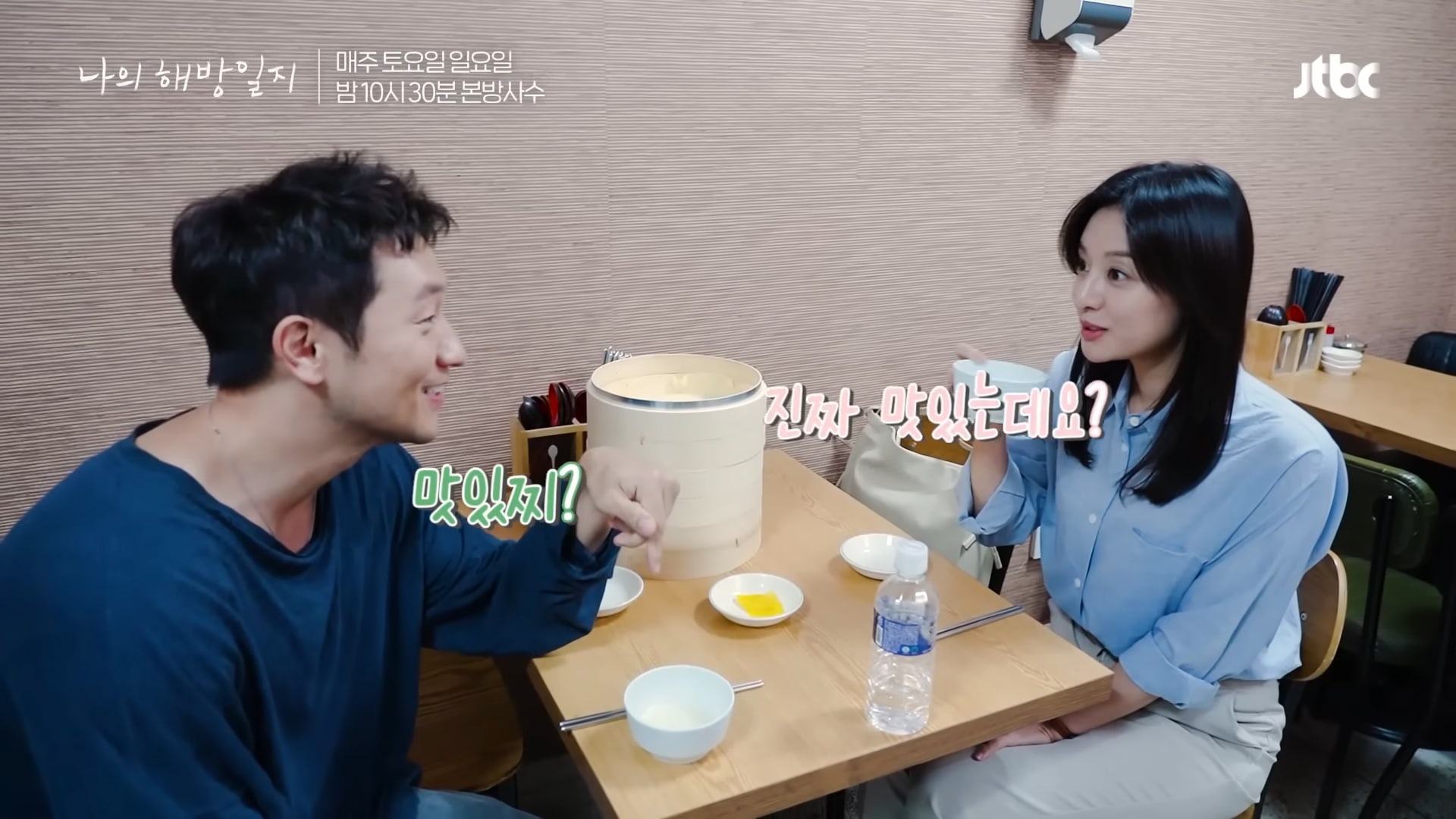 In another clip, Lee Min Ki searches for the perfect rock to use as a prop for his scene with Han Sang Jo. Afterwards, he jokes that Han Sang Jo’s character doesn’t get cold seeing as he’s wearing a short-sleeved shirt despite the chilly weather. When Lee Min Ki rides off together with Son Seok Gu, staff can’t help but laugh at Han Sang Jo as he sits pitifully in the grass.

Later on, Kim Ji Won and Son Seok Gu find the perfect spot to begin their running scene. When the director instructs them to laugh while they run, Son Seok Gu declares, “I’m good at that!” Kim Ji Won turns to him in surprise, and he elaborates by acting out a time he shot a commercial, which makes her laugh even more.

After they film their scene, Kim Ji Won bursts into laughter the moment the cameras stop rolling due to the bright smile on Son Seok Gu’s face. They try again and succeed in pulling off more serious expressions, and the video comes to an end as the pair run towards the camera and smile.

Check out the full making-of video below!

“My Liberation Notes” airs every Saturday and Sunday at 10:30 p.m. KST.

In the meantime, watch Kim Ji Won in “Fight For My Way” below: