Based on a popular web novel that has been adapted into a webtoon, “Kiss Sixth Sense” will star Seo Ji Hye as Hong Ye Sul, a woman with the supernatural ability to see the future when she kisses someone. One day, she accidentally kisses her boss Cha Min Hoo (played by Yoon Kye Sang) and sees them in bed together in the future.

Despite being a workaholic who practically lives at the office, Hong Ye Sul has never gotten close to Cha Min Hoo because of his cold and impossibly prickly personality, making her shocked and confused by her steamy vision of their future.

Cha Min Hoo has a reason for being so irritable and standoffish: he is 10 times more sensitive than an ordinary person, meaning that all of his five senses are abnormally heightened. While his super-sensitive nature has made him a star in the advertising industry, it also causes him to be harsh on others and push people away—and the main victim of his unusual disposition is Hong Ye Sul, whose primary source of stress is her difficult boss.

However, in contrast to their present-day bickering, the new poster captures the couple as they are in the inexplicable future glimpsed by Hong Ye Sul. In her vision of the future, the ultra-sensitive Cha Min Hoo is surprisingly comfortable with Hong Ye Sul invading his personal space, and the once bickering couple is romantically wrapped up in each other’s arms. 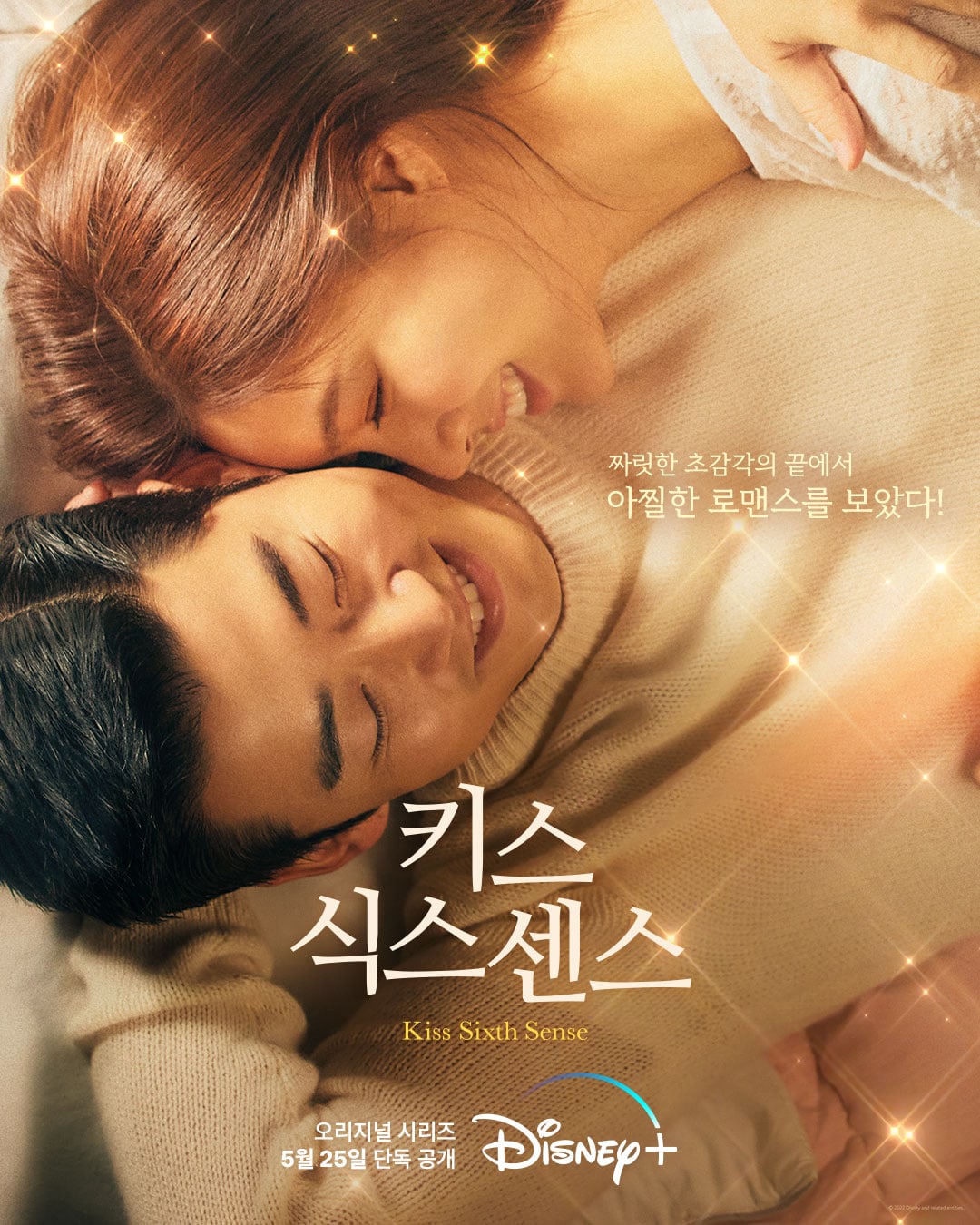 The producers of “Kiss Sixth Sense” commented, “Dressed in comfortable clothing, Yoon Kye Sang and Seo Ji Hye lied down next to each other and chatted affectionately while participating in the poster shoot. This happy chemistry, which came about naturally, was captured perfectly in their poster.”

They went on to tease, “We’re confident that the thrilling romance between their two characters, who become entangled through an accidental kiss, will also electrify and awaken all the senses of [the drama’s] viewers.”

“Kiss Sixth Sense” will premiere on May 25. In the meantime, check out a teaser for the drama here!

While you wait, watch Seo Ji Hye in “Rampant” with subtitles below: