While sitcoms focus on making audiences laugh, they have still proven themselves to be exceptionally crafty with their strong attention to detail. 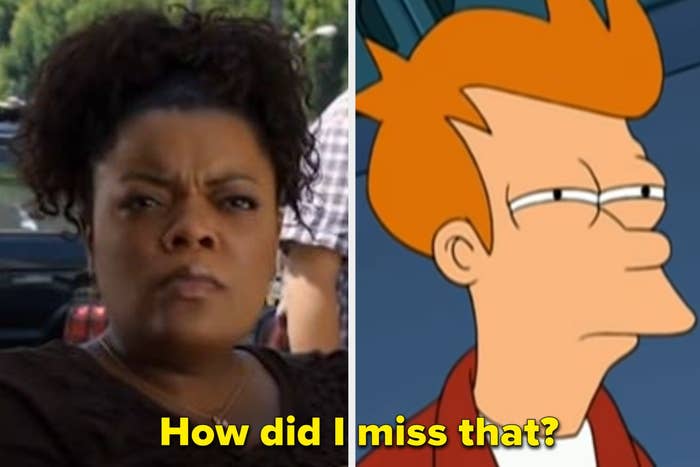 Such tiny details include easter eggs put in for the fans, but they can also be clever bits of foreshadowing for events later in the series. These moments showed us just how smart comedy writing can be, so here are 16 Amazing Little Details Put Into Sitcoms. 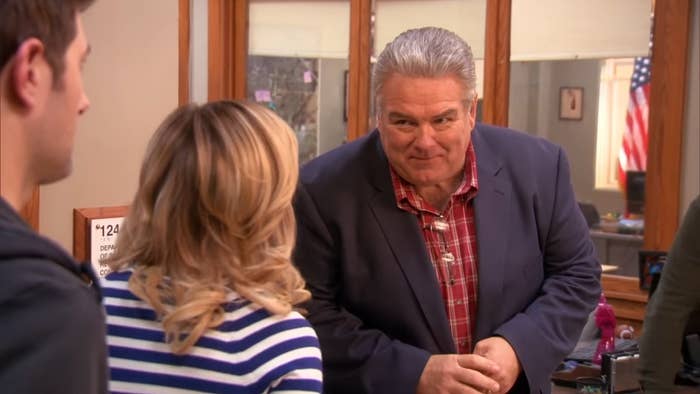 Late in the series, the main cast learns that the ever-clumsy Jerry is actually named “Garry,” but they still couldn’t care less and started calling him different names. This small but surprising twist about Pawnee’s second-favorite oaf was spoiled an episode before the official reveal when Garry shows Tom his old Parks ID. You’d be forgiven for thinking that the person who made it misspelled the name “Jerry” and just didn’t care. 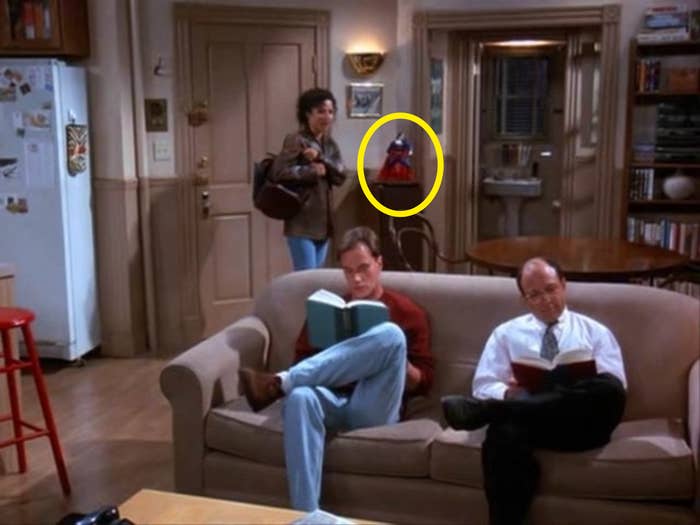 In the episode “The Bizarro Jerry,” Elaine meets a man who she considers the exact opposite of Jerry (with Jerry dubbing him “Bizarro Jerry”). This references the Superman villain, Bizarro, an evil doppelganger of the Man of Steel. This villain is actually seen as a figurine in Bizarro Jerry’s apartment, reflecting the statue of Superman that regular Jerry has in his.

In Season 2, Episode 2 of this spy comedy, Archer is led to believe that he is the father of a sex worker’s son, Seamus. The woman in question, Trinette, is seen with the wee baby Seamus in the previous season bumping into a couple of KGB agents. She threatens them by saying her baby’s father knows Krav Maga, foreshadowing that the supposed father is Archer. 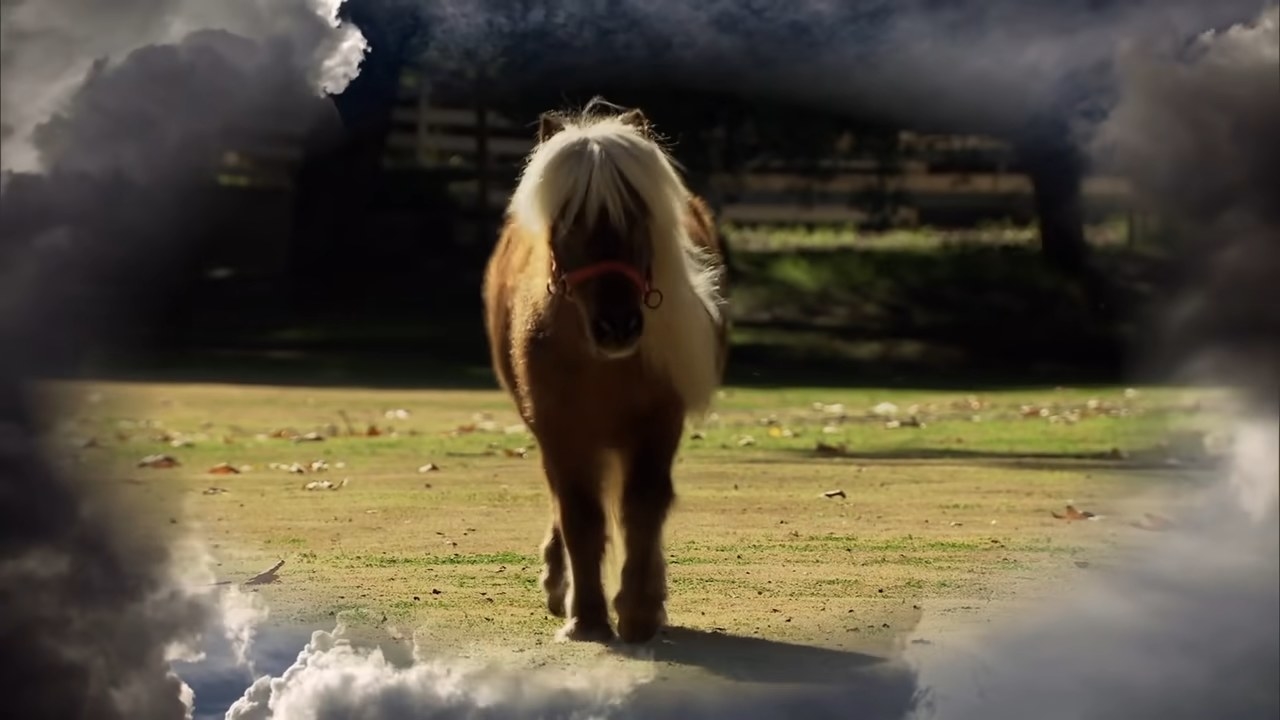 One of the most memorable characters in Parks and Recreation comes in the form of a mini horse adored by everyone in Pawnee: Li’l Sebastian. Though the tiny pony died in the finale of Season 3, he was certainly not forgotten. In The Good Place, Li’l Sebastian can be seen in the background at the pick-a-pet fair, and it makes sense that these shows would crossover since they were both created by Michael Schur. But what did Li’l Sebastian do to end up in the Bad Place? 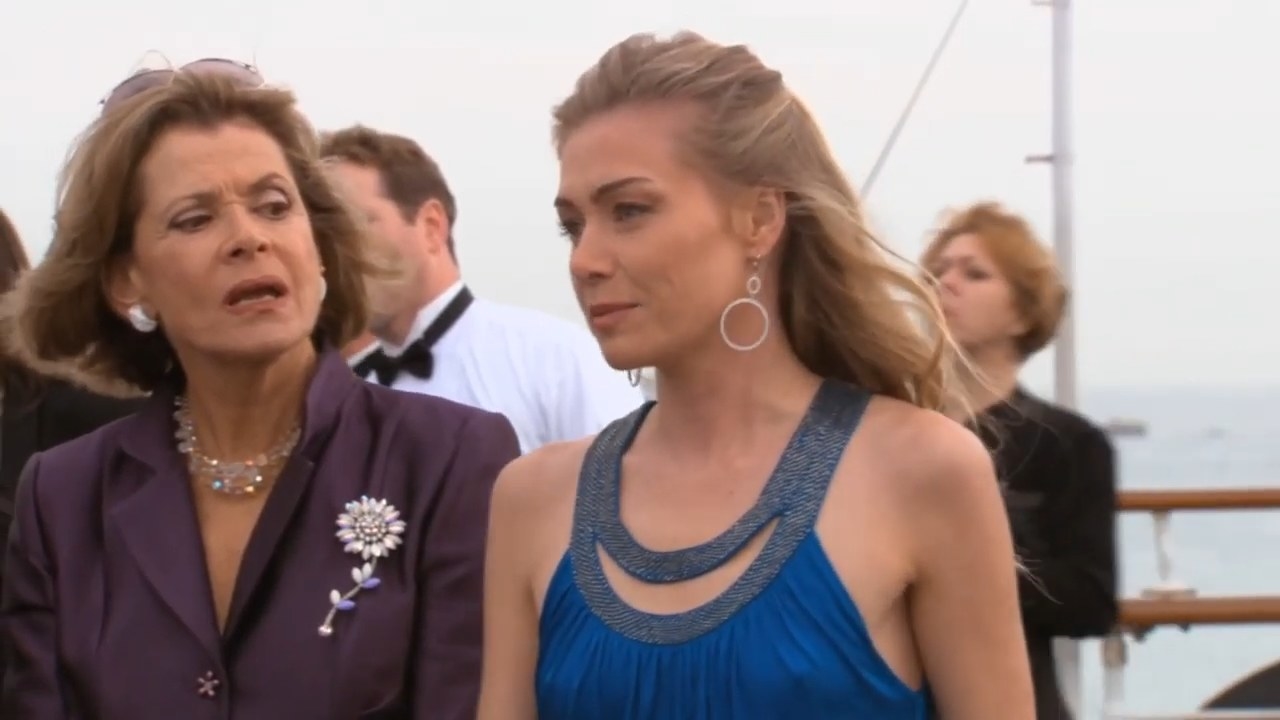 One mystery Michael tries to solve in Season 3 is the identity of a girl he believes to be his secret older sister, “Nellie.” Ultimately, she is revealed to be his sister, Lindsay, who is actually a few years older and was adopted from the rival Sitwell family. Lindsay hinted at the truth when she saw a photo of baby “Neille” and commented on her large nose. Fans of the show may remember that Lindsay got a nose job at a young age. Also, while they’re on a retreat together, Lucille says that Lindsay is 40, seemingly by mistake, but once we learn she actually is 40, this slip-up makes a lot more sense.

In Season 2’s infamous bottle episode, the study group strips themselves down to their undergarments to see if any of them is hiding Annie’s pen. Britta comments about the kind of underwear that Jeff usually wears, and Abed asks, “What does she mean by usually?” This small moment foreshadows Abed realizing that Jeff and Britta are having secret sex together later in the season. 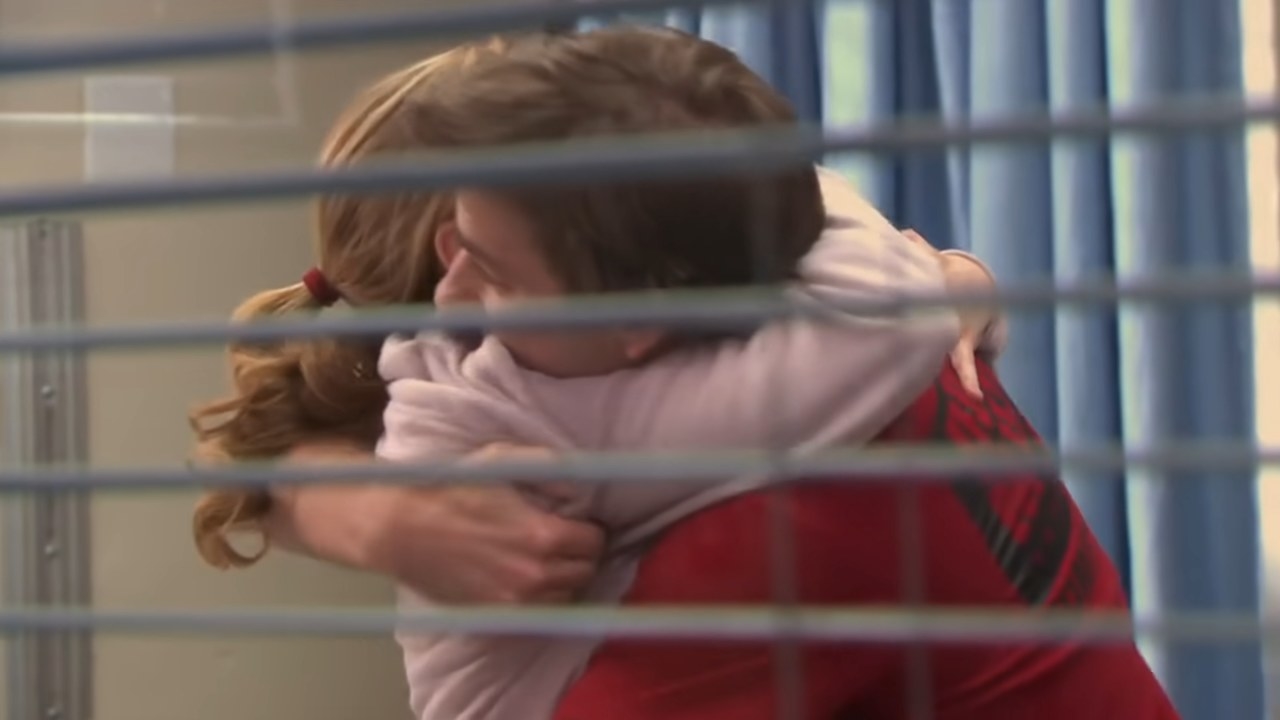 The Season 5 finale famously ended with Pam learning that she is pregnant with Jim’s baby. This surprising twist is foreshadowed when Michael gives Jim one of his condoms when Jim’s about to visit her in the season’s first episode. Michael mentions that he didn’t want Jim to have an unexpected pregnancy, but that all comes true in the end.

9. The Memory Parasite — Rick and Morty 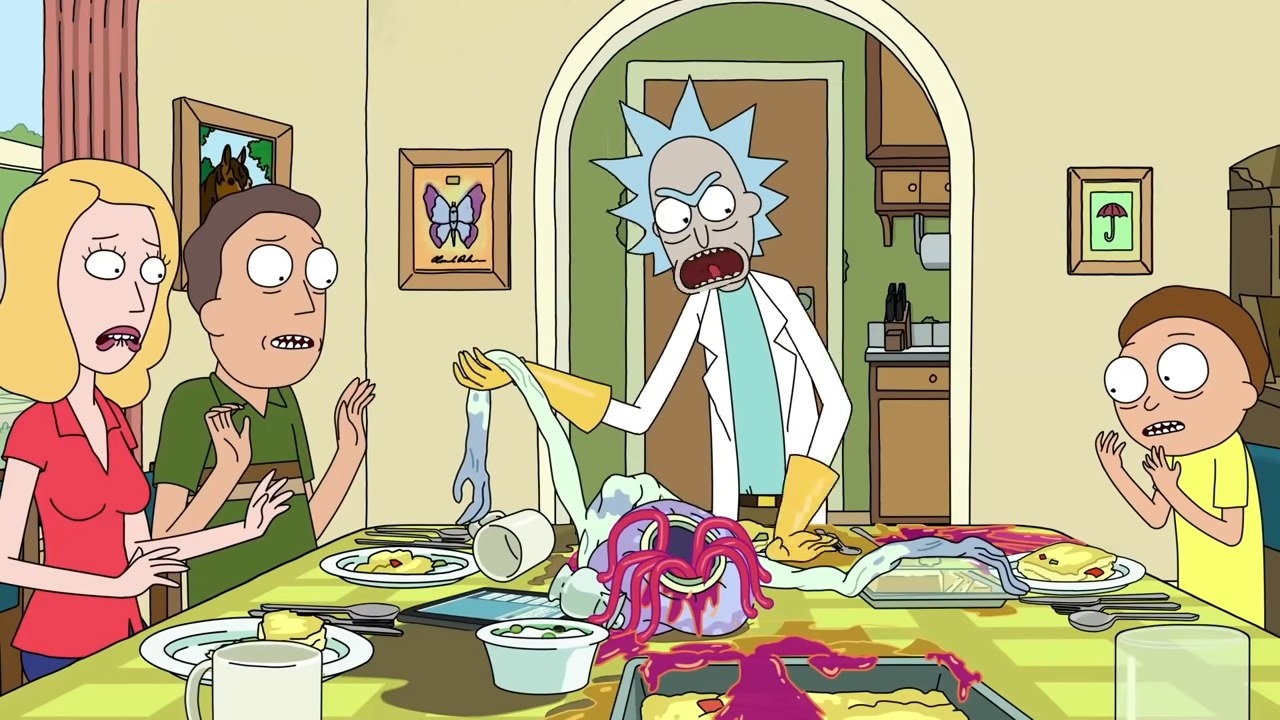 In the Season 2 episode, “Total Rickall,” the Smith home is invaded by memory-altering parasites that Rick claims were brought in by Summer. Unsurprisingly, Rick might have actually been the one to bring them into the house two episodes prior. When Rick is seen loading up green rocks into the trunk of his car, you can see one of them has a pink object latched onto it that resembles the tendrils found in the parasites’ mouths. This could have been the original parasite that hadn’t fully grown yet. 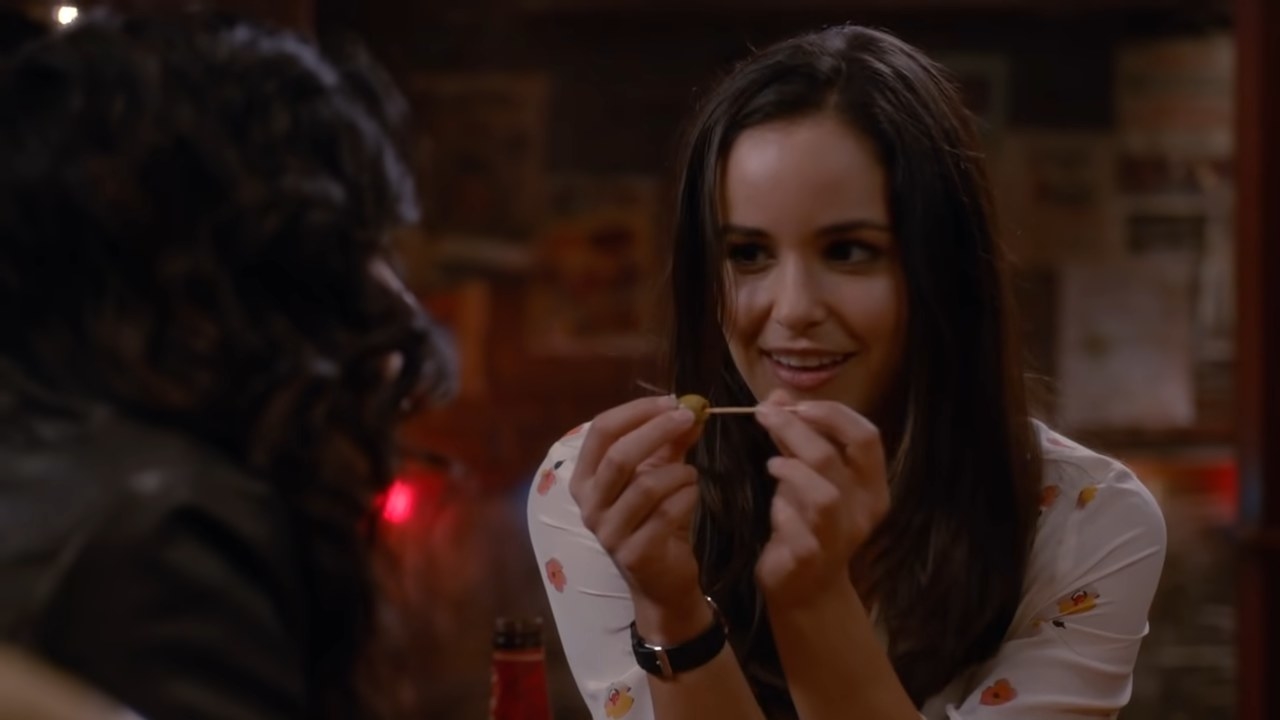 Amy Santiago has a different mood associated with the number of drinks she has, with “Four-Drink Amy” being a bit of a pervert. This Amy comes back to haunt her during Jake and Amy’s first date. Though they swore off having sex on the first date, Amy orders four drinks to help her relax, and the couple ends up sleeping together. So if Amy just got three drinks instead, their night would’ve ended a LOT differently. 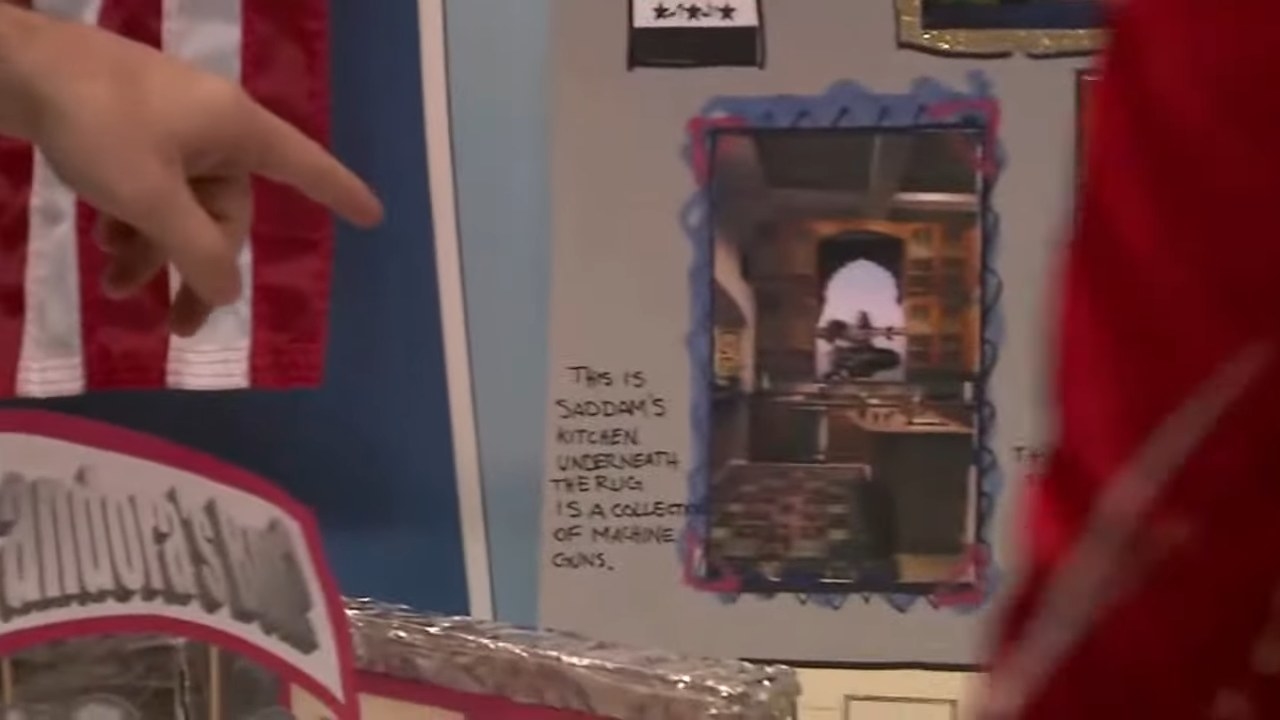 Tobias was right when he said Hollywood shows are very detailed. Amongst the many crimes George Sr. is guilty of, one of them is building model homes in Iraq for Saddam Hussein. Though this isn’t revealed until the end of Season 1, Episode 14, Michael sees a picture of Saddam’s palace on a school project and says the kitchen looks similar to that of the model home the Bluths live in. 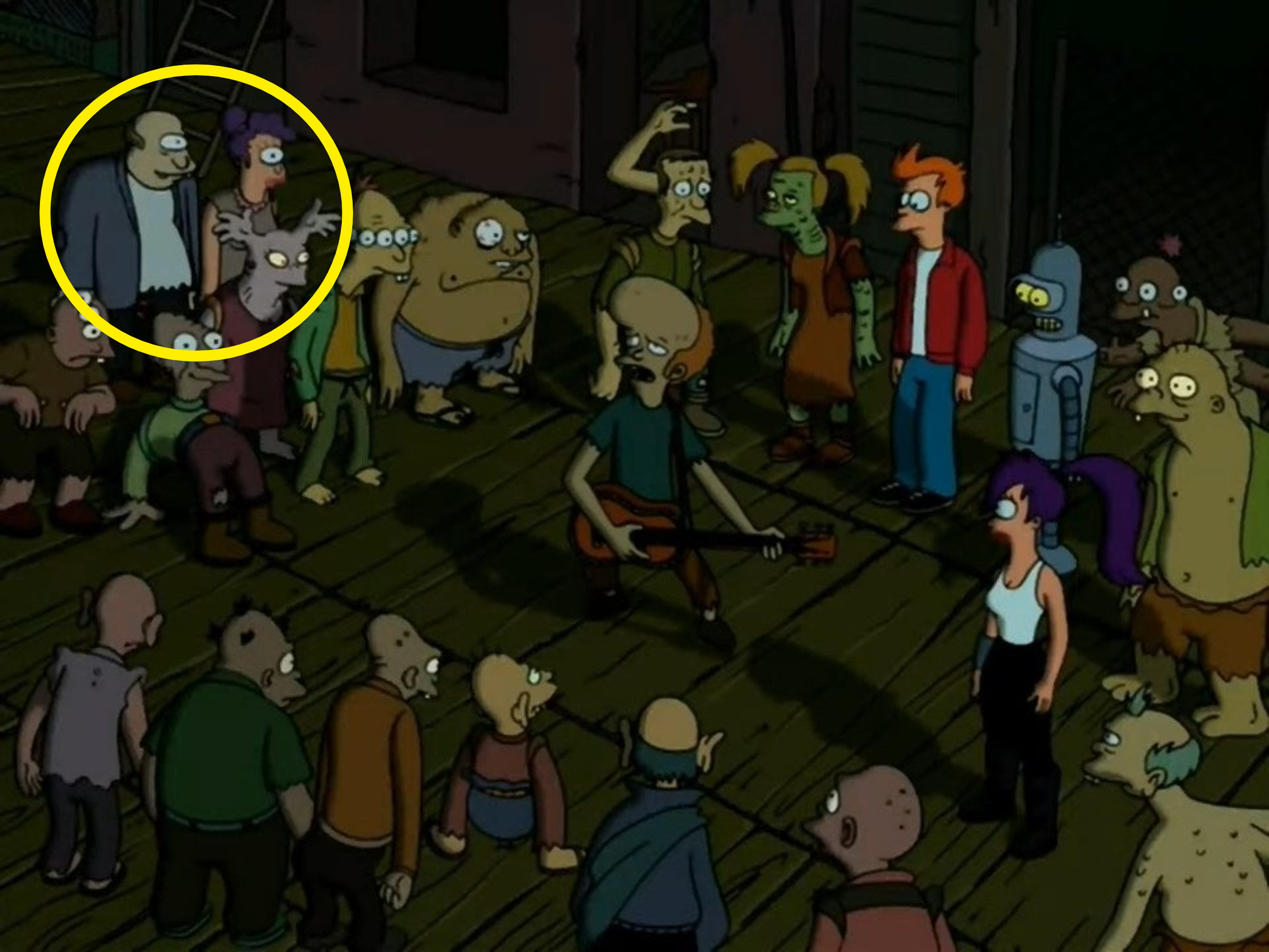 Leela spent the first half of the series looking for her parents, whom she believes are aliens from another planet. However, in “Leela’s Homeworld,” she learns they are actually sewer mutants living beneath New New York, and audiences actually saw them without realizing it. In the episode, “I Second That Emotion,” when Fry, Leela, and Bender first enter the sewers, Leela’s parents can be seen looking at them amongst a crowd of mutants.

In an episode of Gravity Falls, Gruncle Stan loses his mug, pen, and notebook when they get sucked into an interdimensional portal, only to end up in a completely different show. In the Rick and Morty episode “Close Encounters of the Rick-Kind,” Stan’s items can be seen coming out of a portal as our heroes flee from the Citadel of Ricks. This incredible easter egg may have come from the friendship between Rick and Morty co-creator, Justin Roiland, and Gravity Falls creator, Alex Hirsch, so you have to wonder what other crossovers this relationship could spawn next. 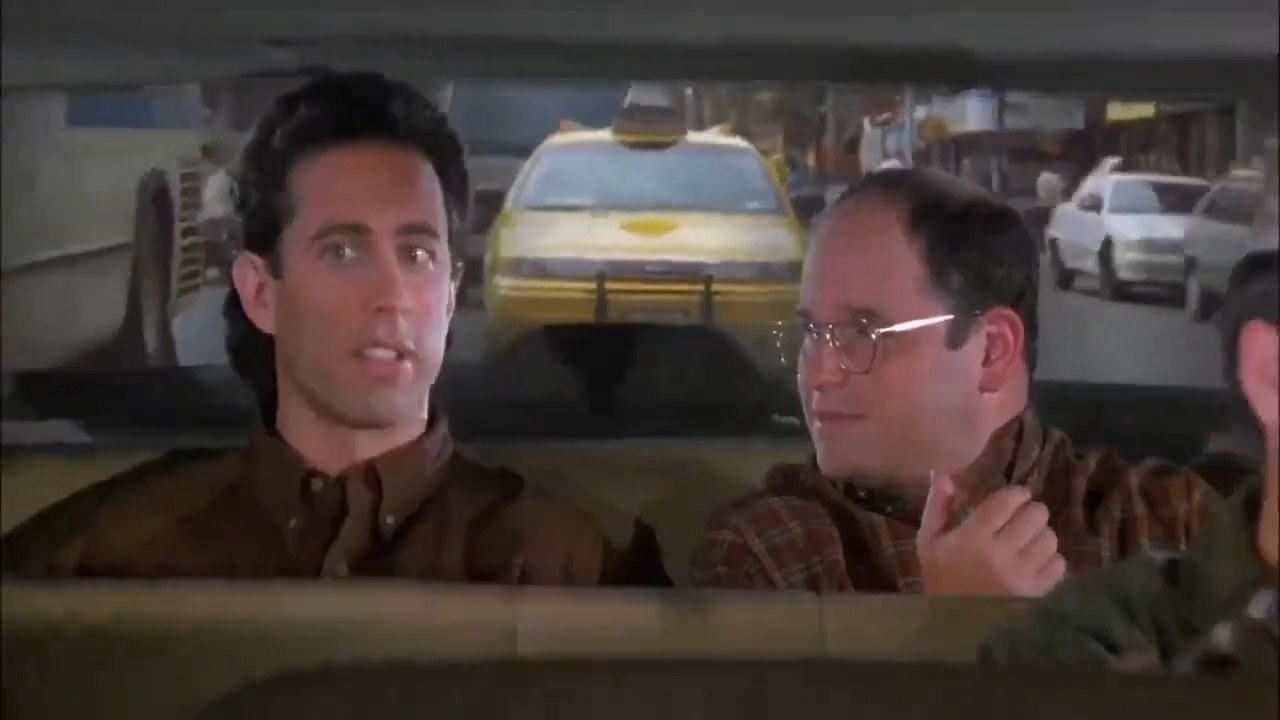 One of the most controversial show endings in TV history was when Jerry, George, Elaine, and Kramer were sentenced to a year in prison. No one expected this to happen. No one except George, apparently.`In the second episode of Season 8, Jerry and George are seen talking about how much they like prison, with George ending the bit by saying, “Well, maybe someday.”

3. Nibbler in the Pilot — Futurama

In the pilot episode of this beloved sci-fi cartoon, Fry gets cryogenically frozen and wakes up a thousand years later in the year 3000. For four seasons, audiences were led to believe this was all an accident, only to learn that the adorable alien, Nibbler, pushed him into the freezing tank so he could help save the world in the future. Nibbler’s shadow can be seen next to Fry’s chair in the show’s first episode, meaning the writers had planned this twist years in advance.

Community is famous for experimenting with new forms of storytelling, ranging from the subtle to the downright outrageous. In the Season 2 episode, “The Psychology of Letting Go,” Abed is frequently seen in the background having his own side adventure with a pregnant student that ends with him delivering her baby. This subplot is referenced later in the season when Abed helps Shirley deliver her own baby, telling Troy that he was the one in the background when it happened. 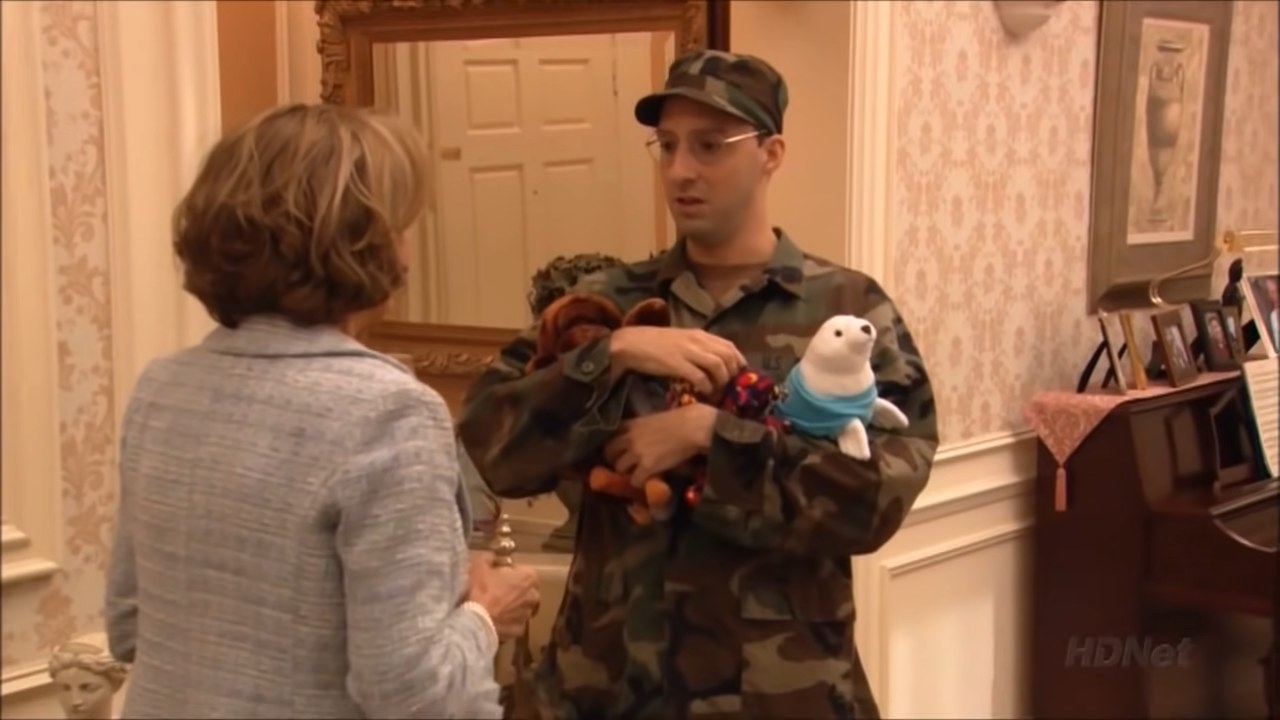 One of the most surprising moments in this show is when Buster, everyone’s favorite mother’s boy, got his hand bitten off by a “loose seal.” But this unfortunate fate is foreshadowed multiple times beforehand (no pun intended). These include Buster winning a plush seal at the arcade and finding his lost hand-shaped chair, saying, “I never thought I’d miss a hand so much.” We really should’ve watched out for the clues, just as Buster should’ve watched out for a loose seal.

Do you agree with this list? Were there any other sitcom details that I missed? Please let me know in the comments section below.