Listen, while I absolutely love some of my favorite Hollywood couples, I think there’s something to be said about some of the greatest BFF actors out there. You know, the ones who feel like platonic soulmates the universe put together.

platonic soulmates are heavily underrated. the idea of someone being your mirror image, someone who is half of your soul, but not in a romantic sense, is beautiful.

So, below are some of my favorite behind-the-scenes moments from 30 acting duos (and one trio) who are perfect together and prove that platonic soulmates are the best:

1. First, when Simone Ashley explained that she and Jonathan Bailey would leave each other presents while filming Bridgerton Season 2.

2. When Paul Bettany kept saying his catchphrase about what would happen if you spoiled Avenger: Infinity War, and Elizabeth Olsen kept playing along in every single interview they did together.

In fact, while promoting Doctor Strange in the Multiverse of Madness, Lizzie said she texted Paul because she missed not having him by her side while doing press. “I did text him last weekend and I was like, ‘I miss you,’ because I’m so used to doing press with him,” she began. “I just miss him so much and Wanda’s really alone in this film and I feel it as an actor.” 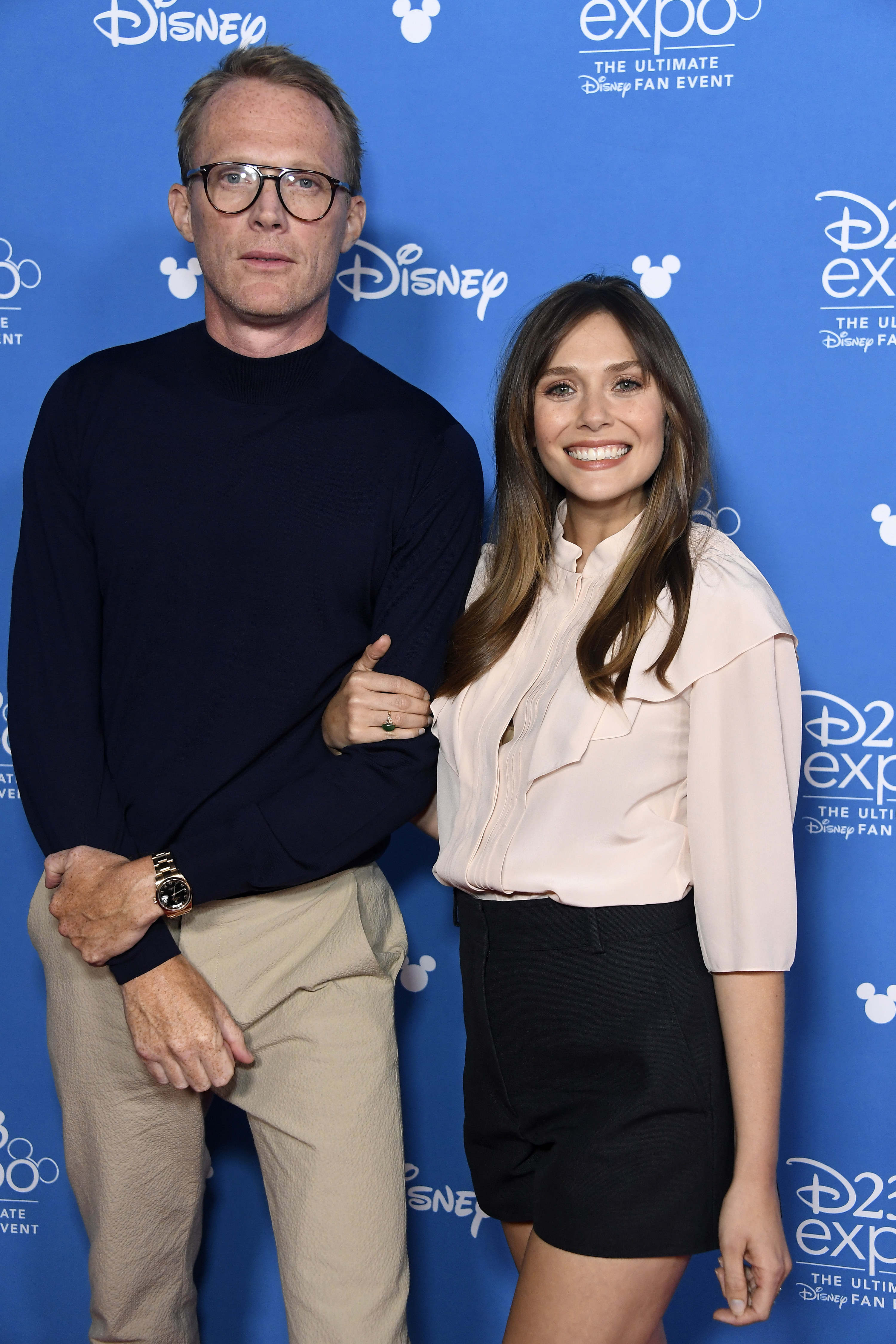 3. When BJ Novak was so proud of Mindy Kaling, he posted this photo of her A Wrinkle in Time poster that was put up in front of the apartment Mindy lived in when they first met…

When I met @mindykaling she lived in a small apartment on Fairfax Ave. This is what’s in front of that building today. Congrats Mindy and a future congrats to all those who see you in it and are inspired to do great things. @WrinkleInTime

…and then Mindy replied to BJ saying that this was the sweetest thing and she wouldn’t be mad at him ever again.

Oh my god I’m like full crying. I will never be mad at you again https://t.co/aaikJtxSYC

4. When Jane Fonda and Lily Tomlin were going back and forth about how many awards they each have, and I just love this duo lovingly roasting each other.

5. When Pedro Pascal told Oscar Isaac he resembled, and I quote, “the grumpy eagle” Muppet. And then, Oscar said he thought Pedro looked like, and I quote again, “the baby chicken” while attending a Vanity Fair party in 2018.

6. When Jessica Chastain and Oscar Isaac walked the red carpet together at the Venice Film Festival in 2021, and gifted us with — dare I say — the greatest red carpet moment when Oscar kissed Jessica’s arm?!

You can watch the moment unfold below too: 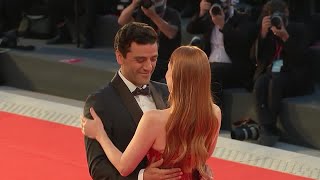 7. When Kate Winslet thanked Leonardo DiCaprio during her 2009 Golden Globes acceptance speech, and then when Leo won his first Oscar in 2016, she looked up at him while he was accepting with such pride and joy.

8. When Chris Evans and Scarlett Johansson interviewed each other for Actors on Actors, goofed off during their photo shoot, and simply playfully made fun of each other like longtime BFFs do.

Also, here’s a pic of them playing video games together on the set of Avengers: Endgame just because.

#FBF to our long days on the #AvengersEndgame set @ChrisEvans Only 2️⃣ more weeks to go!

9. When Sebastian Stan said that he sent Anthony Mackie a pocket square for Christmas while Anthony was interviewing him at the premiere of Avengers: Endgame.

10. When Keanu Reeves and Winona Ryder could not stop gushing over what they love about each other, and the fact that they vividly remember the night they met in 1989 — also, they’ve technically been married since Dracula after filming a take with real priests.

11. When Eugene Levy and Catherine O’Hara looked back at their 40-plus years of working together, and Catherine revealed that Eugene wrote a long letter about why she deserved The Order of Canada, which is the Canadian equivalent of the Medal of Freedom.

The Ellen Show / Via youtu.be

And here they are together during their SCTV days in the 1970s.

12. When Timothée Chalamet gave this amazing speech in honor of Saoirse Ronan winning an award, and he said that she encouraged him to get a fake ID when they first met while filming Lady Bird so he could go out and drink with her.

13. When Sandra Oh and Jodie Comer hilariously reacted to a photo of the two of them together, and they could not stop laughing.

14. When Emma Stone and Ryan Gosling recalled how the Dirty Dancing lift they did together in Crazy, Stupid, Love went horribly wrong, and Ryan kept laughing at how Emma was telling the story.

The Graham Norton Show / Via youtu.be

15. When Hilarie Burton, Sophia Bush, and Bethany Joy Lenz got emotional while complimenting each other and talking about how they’ve loved watching each other grow over the last 20 years.

16. When Noah Centineo and Lana Condor wrote each other goodbye letters to commemorate their last To All the Boys film, and Lana revealed when she realized they’d become best friends.

17. When Paul Mescal was telling a story about filming a sex scene with Daisy Edgar-Jones during Normal People, and they both couldn’t stop laughing.

Also, here’s one of their most recent reunions, which was “chaos.”

18. When Milo Ventimiglia said that he and Mandy Moore made little vows to each other before This Is Us premiered and how they promised to look out for each other.

19. When Oprah and Gayle King talked about the road trip they took together once, and Gayle made fun of how Oprah hates driving with music playing, which just proves true friendship is accepting other people’s quirks.

20. When Adam Sandler and Drew Barrymore sung the “Every 10 Years” song where they talked about how nice it is to “fall in love” every 10 years when they make a new rom-com.

22. When Lauren Ridloff was doing an interview at the Eternals premiere in London, and Barry Keoghan found her and gave her a huge hug.

On Demand Entertainment / Via youtu.be

23. When Tom Holland and Jacob Batalon took a lie detector test and proved just how amazing and hilarious their friendship is.

24. When Millie Bobby Brown and Noah Schnapp did a BFF challenge, and it was as chaotic and hilarious as you’d expect.

25. When Mark Ruffalo and Jennifer Garner agreed that reuniting onscreen in The Adam Project for the first time since 13 Going on 30 in 2004 was like “coming home.”

26. When Sterling K. Brown and Susan Kelechi Watson spent their downtime on This Is Us dancing together and just always having a really great time.

Also, here they are filming their last scene together for This Is Us, and now I’m crying:

We just wrapped our last scene of the series…️🥲 #ThisIsUs

27. When Emma Thompson wrote this heartfelt tribute to Alan Rickman after his death in 2016, and it summed up perfectly how special their bond was.

28. When Nicholas Hoult and Elle Fanning were both surprised that he knew Elle’s exact birthday, to the point where Nicholas was convinced he had psychic powers.

29. When Penélope Cruz talked about how Salma Hayek insisted that she live with her when Penélope first got to Los Angeles for her first job in a movie.

30. When Emma Watson and Tom Felton discussed how much they love and care for each other during the Harry Potter reunion special.

And here they are skateboarding together because it’s honestly one of my comfort videos:

31. And finally, when Mark Hamill paid tribute to Carrie Fisher after her death and talked about how they were really like siblings in real life.

We can’t fit everyone into one post, so which other celebrities totally prove that platonic soulmates exist? Tell us in the comments below!