tvN’s “Eve” is a romance drama dealing with the inside story of a chaebol’s 2 trillion won (approximately $1.7 billion) divorce lawsuit that shocks the entire nation. The fatal revenge story is about a scheme that is 13 years in the making in order to take down Korea’s top 0.1 percent.

Seo Ye Ji stars as Lee Ra El, a woman who experiences the shocking death of her father at a young age and is at the center of the unbelievably expensive divorce lawsuit. She plans on taking down Kang Yoon Kyum, the CEO of LY Group and one of the main culprits who destroyed her family.

Through diligent self-discipline, Kang Yoon Kyum has managed to avoid all scandals and only focuses on work and family, but this all comes crumbling down when he dangerously chooses to fall for Lee Ra El.

The new photos of Park Byung Eun previews Kang Yoon Kyum strict aura. Without even the hint of a smile on his face, Kang Yoon Kyum has a sharp look in his eye as he radiates cold charisma. His crisp styling is also evidence of his intellect and charm. 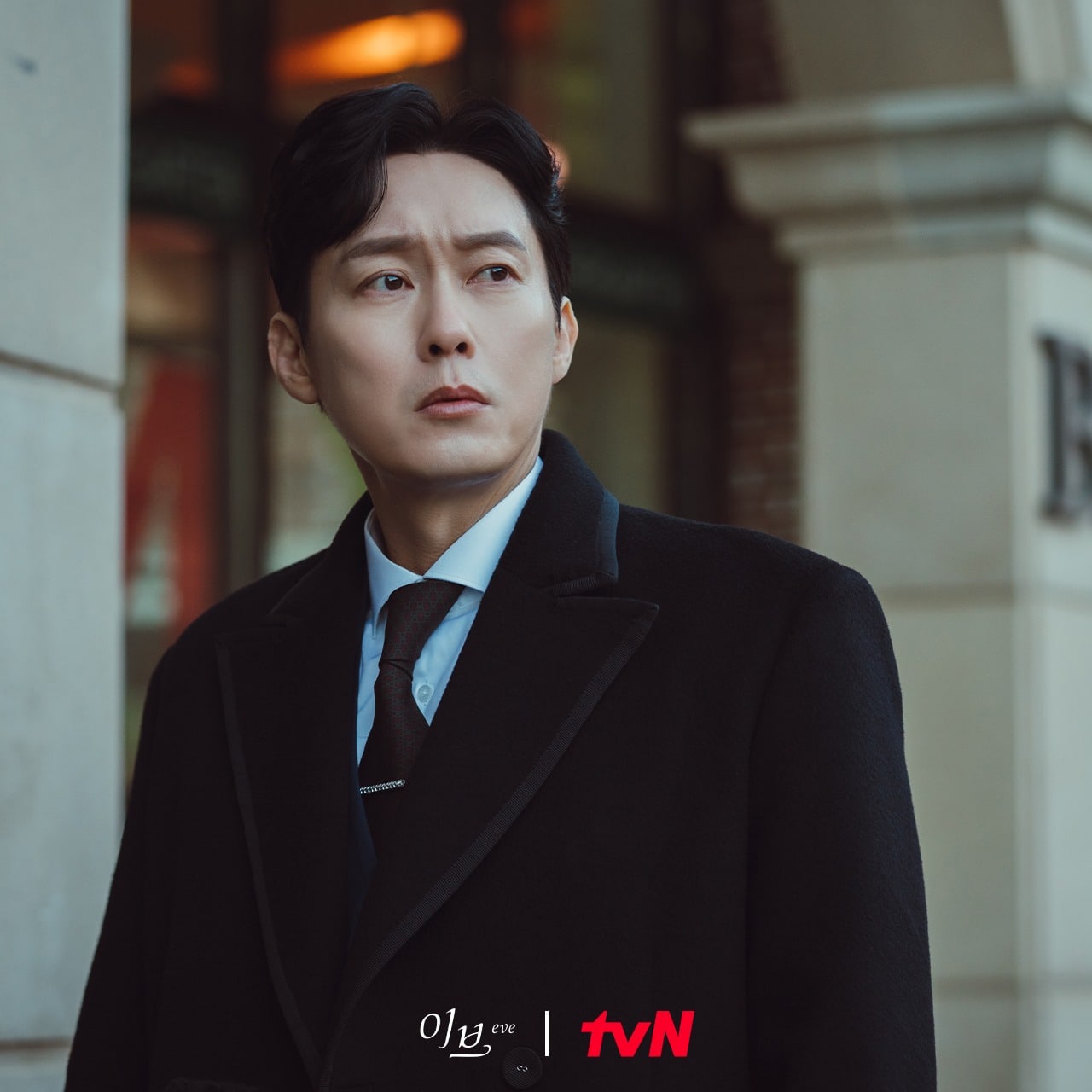 The second photo shows Kang Yoon Kyum in the spotlight before he makes a shocking revelation. Although all eyes are on him, he doesn’t show any signs of nerves and looks strong and forceful as a company head.

In the previously released teaser, Kang Yoon Kyum officially announces that he’s having an affair as he admits that he is in love with someone who isn’t his wife. With this photo likely depicting that shocking moment, viewers can look forward to seeing how Kang Yoon Kyum’s life changes after he meets Lee Ra El. 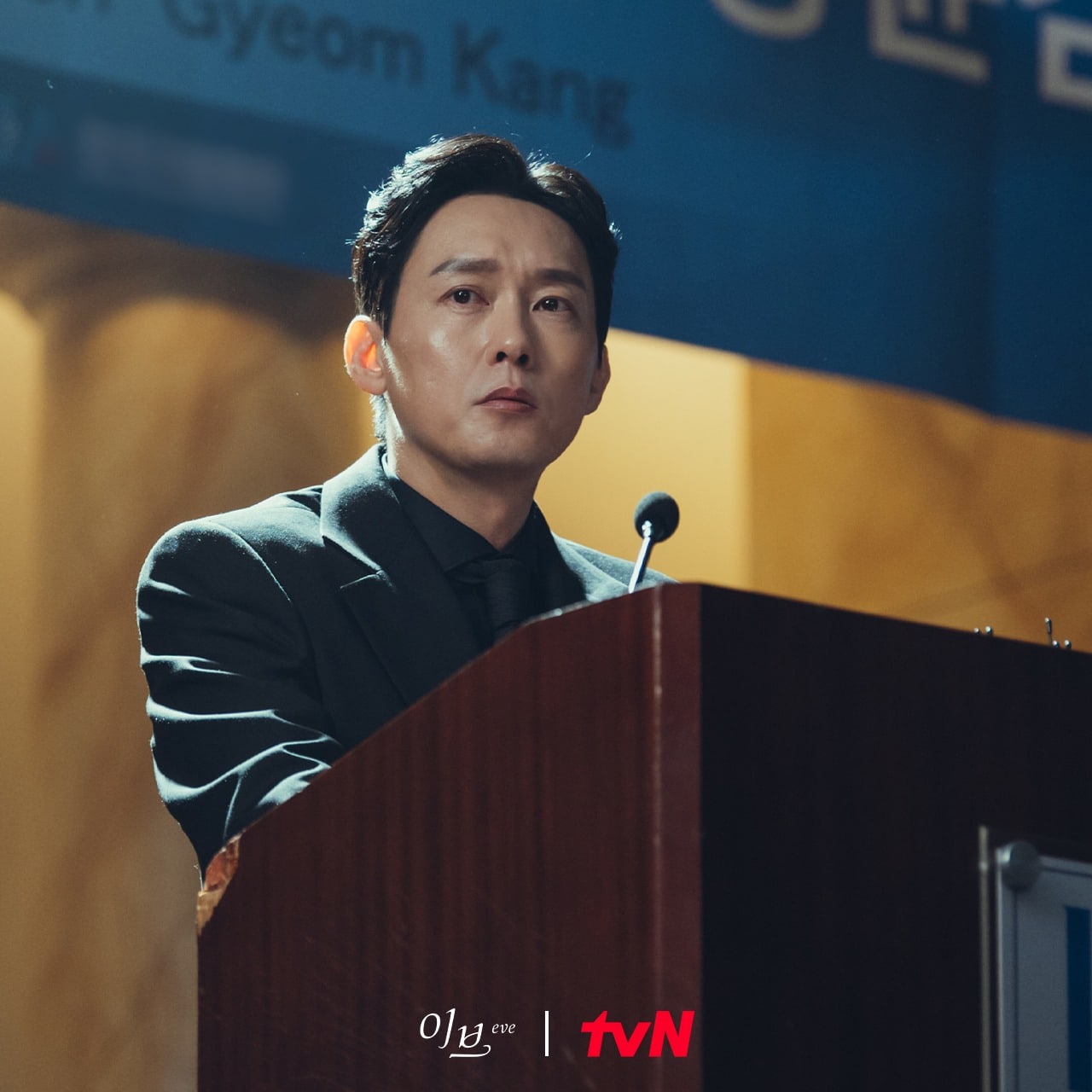 The production team of “Eve” commented, “From the very first filming, Park Byung Eun perfectly transformed into Kang Yoon Kyum, who has everything from strong masculinity to sexiness. With subtle emotional acting, Park Byung Eun is portraying Kang Yoon Kyum’s turbulent and crumbling mental state as he gets caught in Lee Ra El’s revenge scheme, and he is building up an even more charismatic character. Please look forward to it lots.”

Check out a teaser with English subtitles below!