As an avid Gilmore Girls watcher and rewatcher, I’ve formed some pretty strong opinions on the most prominent characters. 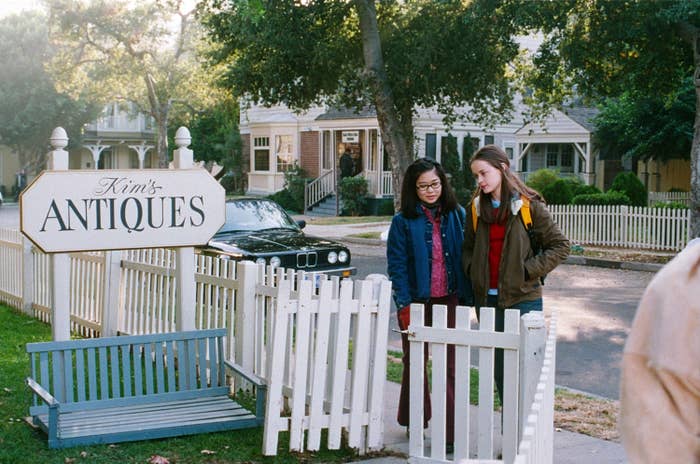 ©The CW / Via Everett Collection

Before diving in, it’s important to remember that every character is flawed, but some characters’ flaws are more unforgivable than others. 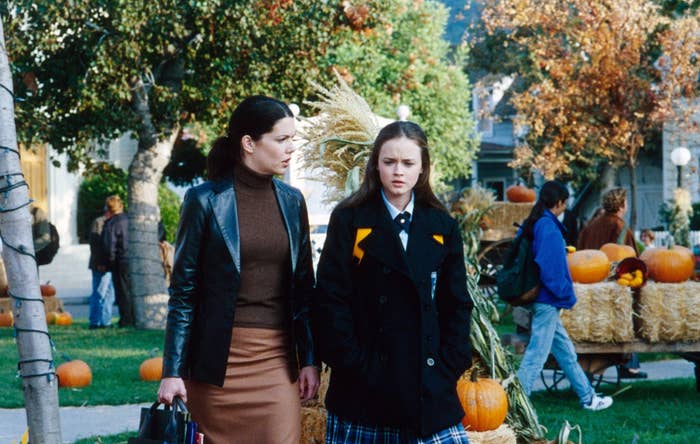 ©The CW / Via Everett Collection

And with that disclaimer in mind, here’s a ranking of the Gilmore Girls characters, from worst to best: 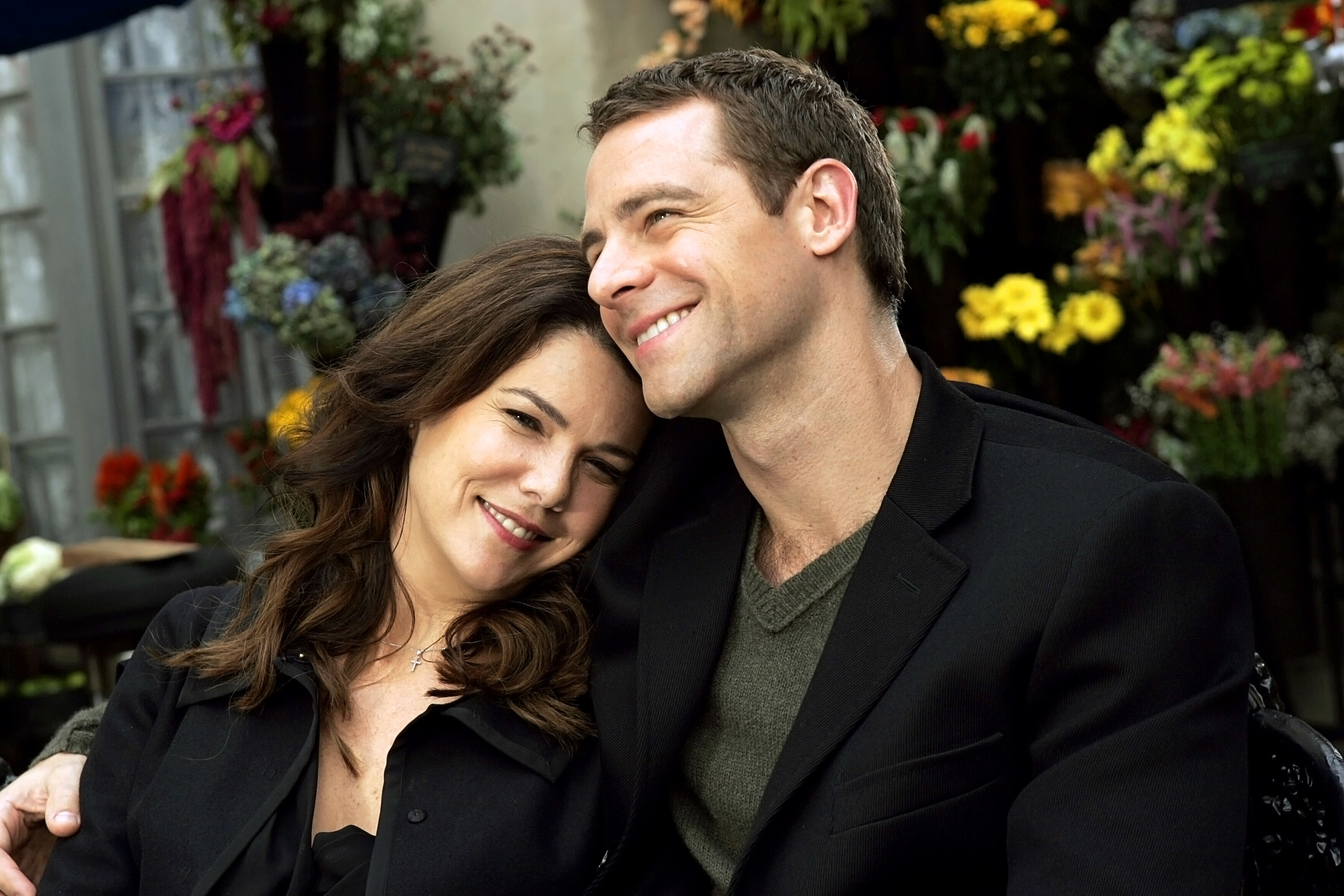 Christopher was an absent father. That alone makes him the worst character on the show. He didn’t have to be absent, only popping up when he felt like it, but he chose to be. Every time he showed up, he created problems for Lorelai, and while some of the blame falls on her, most of it falls on him. He never really grew up, as evidenced by his bonding with Logan over being troublemakers. Sure, he grew a little over the show’s run, but not nearly enough. 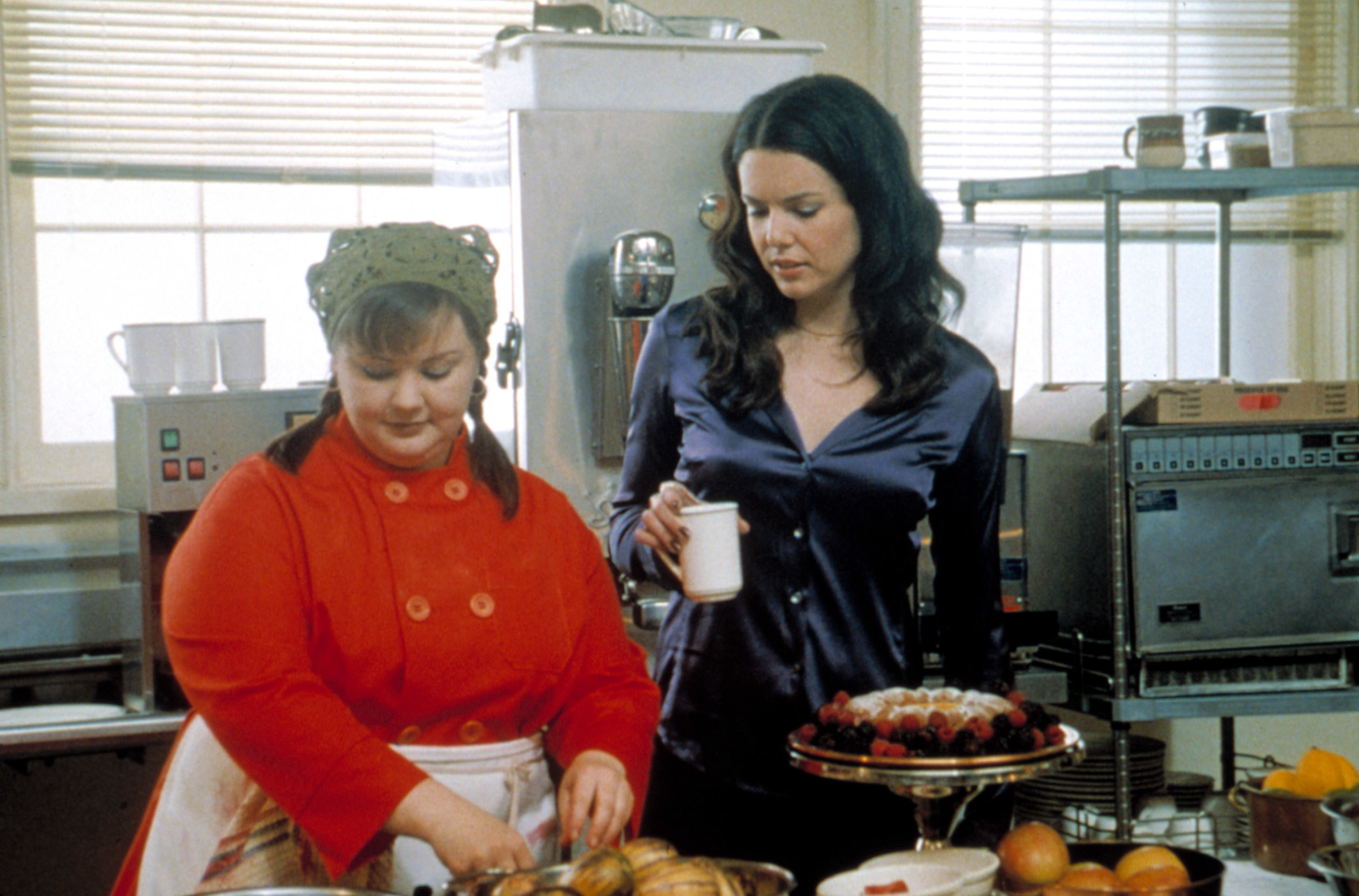 Sookie was an unreliable and selfish friend. There, I said it. Sure, she was fun and she loved Lorelai and Rory, but she really left Lorelai to deal with things on her own when it came to opening the Dragonfly Inn to the point of sabotaging their success. She refused to take any advice from anyone, she threw away the resumés of her temporary replacement chefs, didn’t show up at the inn the one time Lorelai needed her to, and freaked out whenever things didn’t go her way. The worst part though, was how she treated Lorelai when she said her wedding to Luke was postponed: asking her what she did wrong, so quick to assume the worst of her friend. Unforgivable. 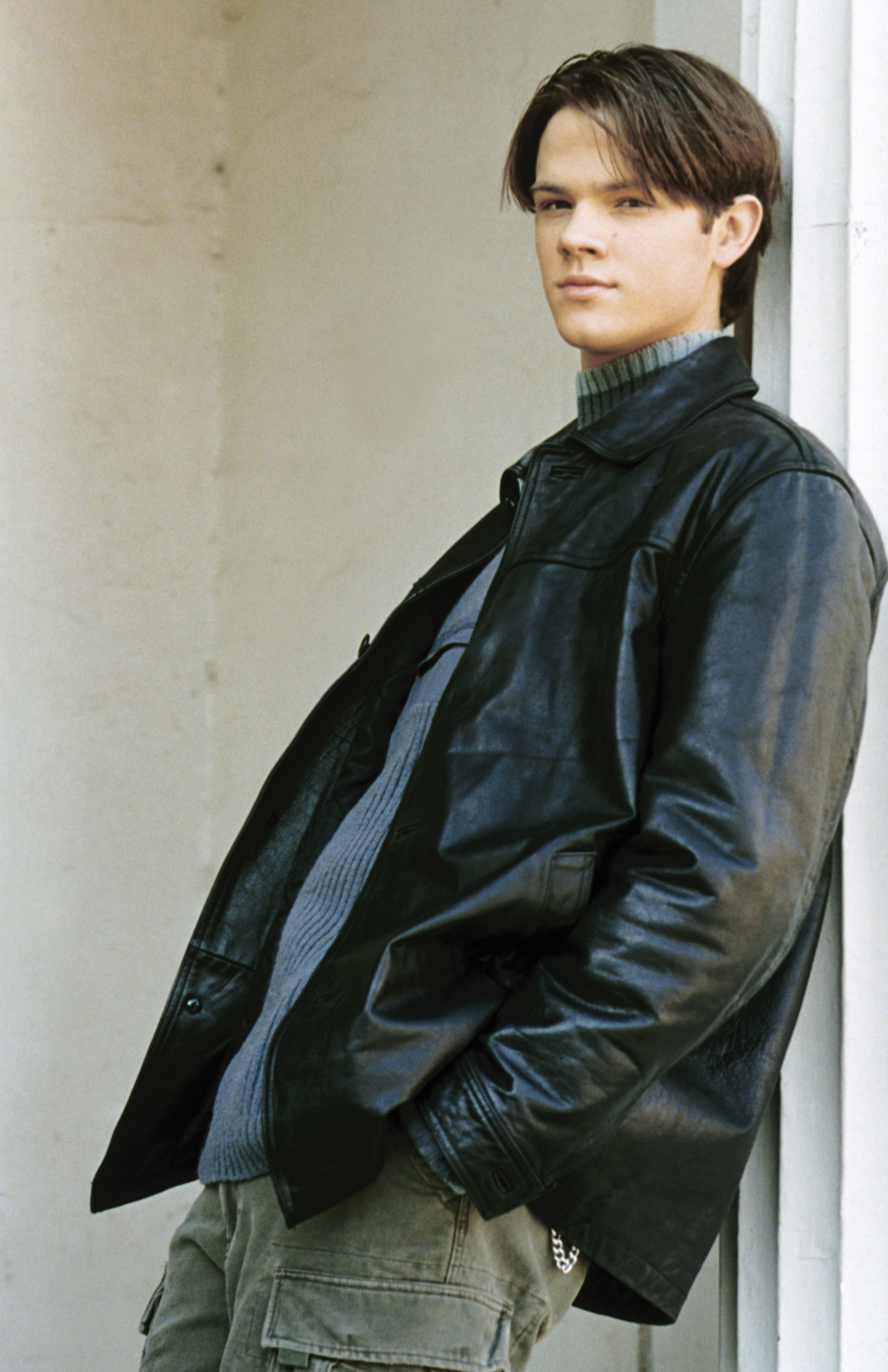 Dean was not the perfect boyfriend. Building Rory a car was cool and all, but freaking out when she didn’t say “I love you” back was not okay, and opened her eyes to his aggressive side. Rory was always a little afraid of him after that, constantly worrying about him getting mad and how he would react to things, which is no way for anyone in a relationship to feel, especially not a teenage girl. And at the end of the day, he is the one who cheated on his wife. Rory isn’t innocent, but she believed him when he said that he and Lindsay were done, which wasn’t the case. He never should have married Lindsay if he wasn’t over Rory, but he did, and she had to suffer because of that. 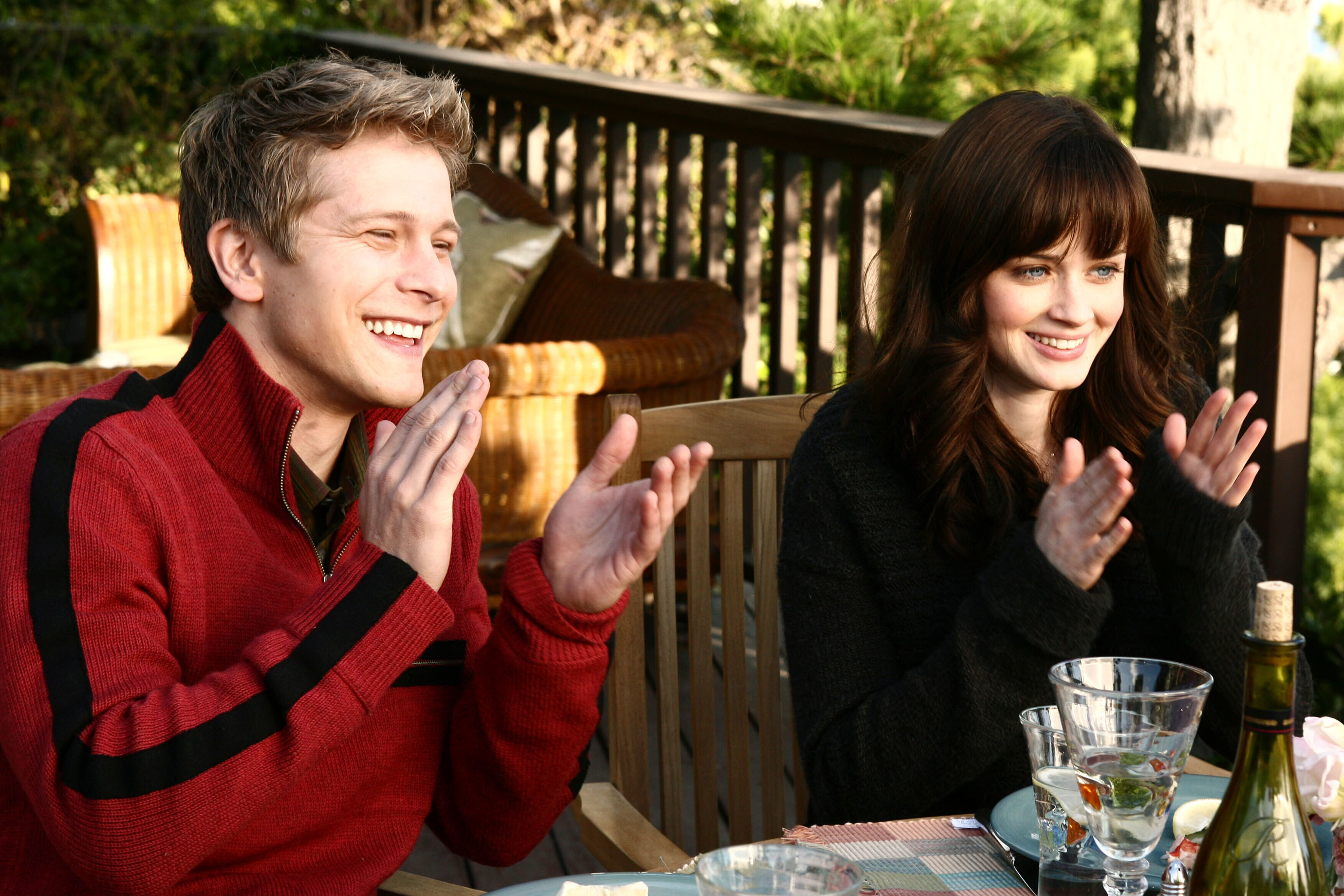 Logan wasn’t a terrible person. Spoiled? Sure. Irresponsible? Yes. Immature? Definitely. But he did love Rory and he wanted to make her happy. Still, he didn’t properly protect her from his own family, and making Rory’s moment about him by proposing was just wrong, and probably a sign (read: red flag) showing the kind of husband he would be. 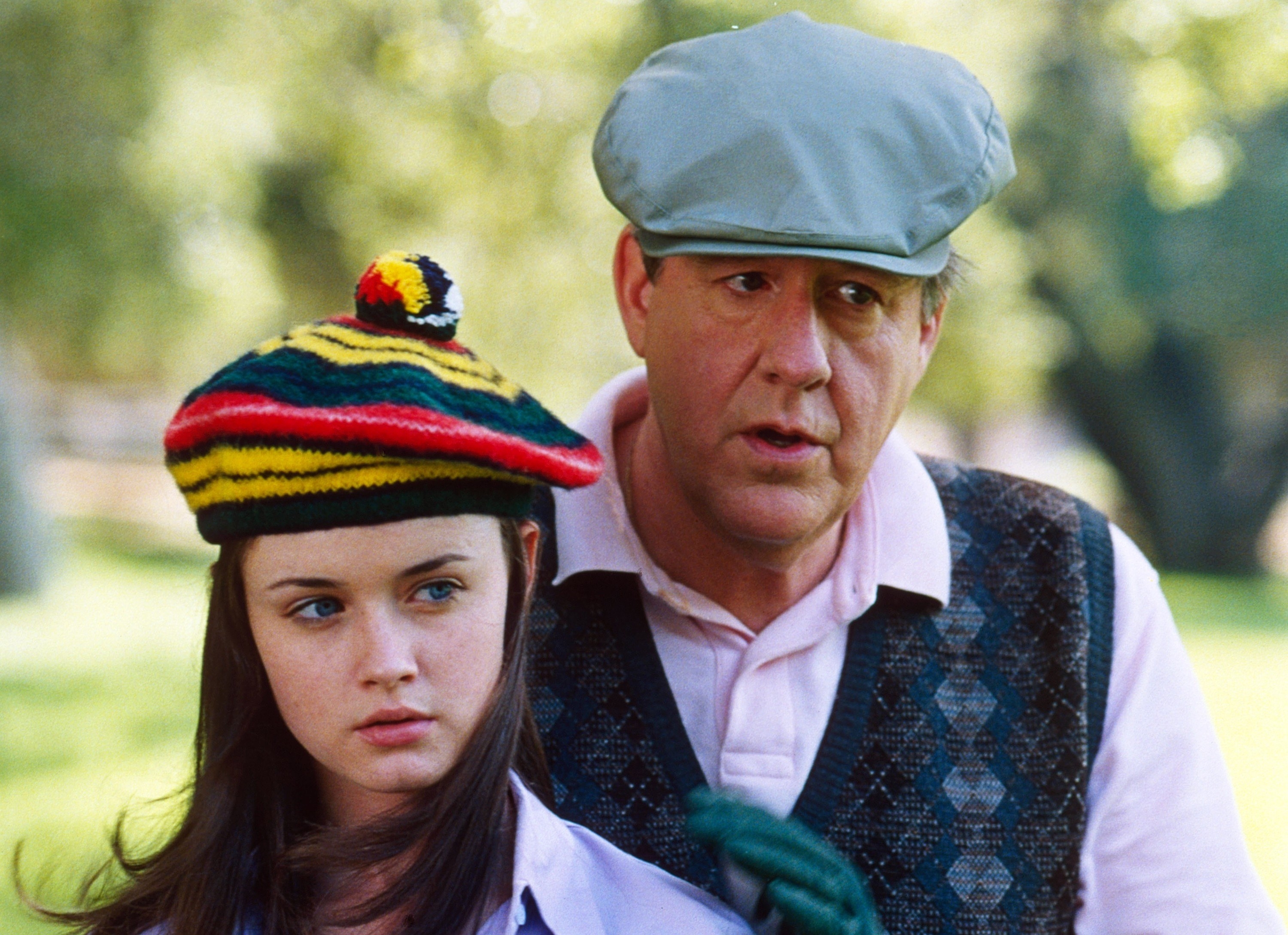 Richard was maybe the preferred parent/grandparent to Rory and Lorelai, probably because he was less in their business compared to Emily. But being less involved isn’t necessarily a good thing. He was also quite dismissive of Emily at times, especially when it came to how his mother treated her (a sign of what was to come for Logan and Rory if she married into his family, perhaps?). And lying about the yearly lunches with Pennilyn Lott added insult to injury. 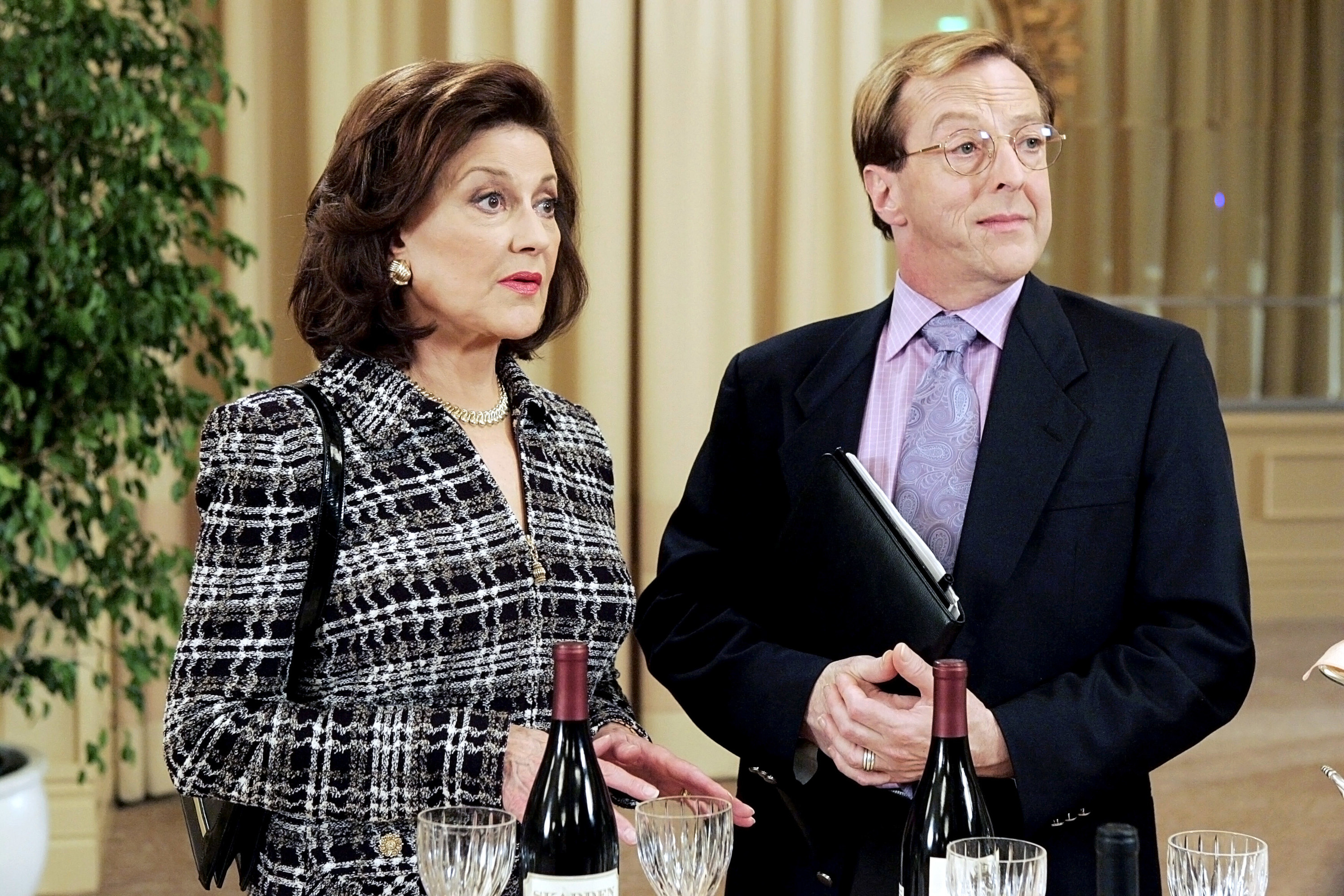 Emily Gilmore was by no means a perfect character, but a lot of the time, she really did mean well. She just wanted to be involved in her daughter’s life. She had to deal with the stress of a terrible mother-in-law, and a husband who belittled her on more than one occasion. While it doesn’t excuse her behavior, it does explain some of it. And in her kind and genuine moments, she was truly lovable. 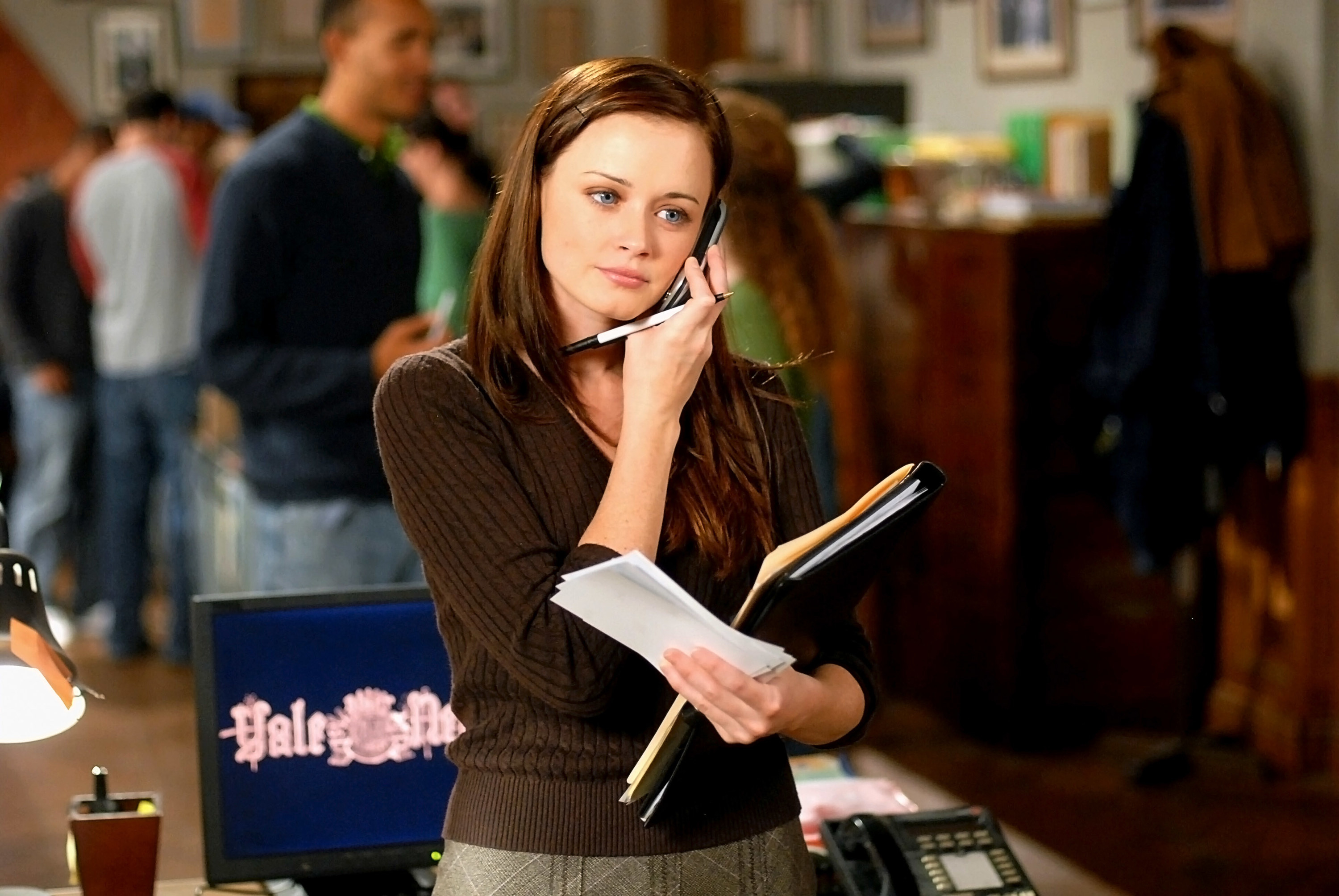 People want Rory to be a villain. And yes, it’s true that the more you rewatch Gilmore Girls, the more you see her flaws. But every character in Gilmore Girls is flawed, so of course the main characters have to showcase the most flaws. The truth is: Rory was young and she was finding herself. She was definitely selfish at times and morally irresponsible at others, but a lot of her mistakes can be chalked up to naivete. Still, she hurt a lot of people, including her mother, who really didn’t deserve to be on the receiving end of Rory’s wrath, and watching the girl who felt horrible after missing her mother’s graduation evolve into someone who could go weeks without speaking to Lorelai when she disagreed with her choices was eye-opening. 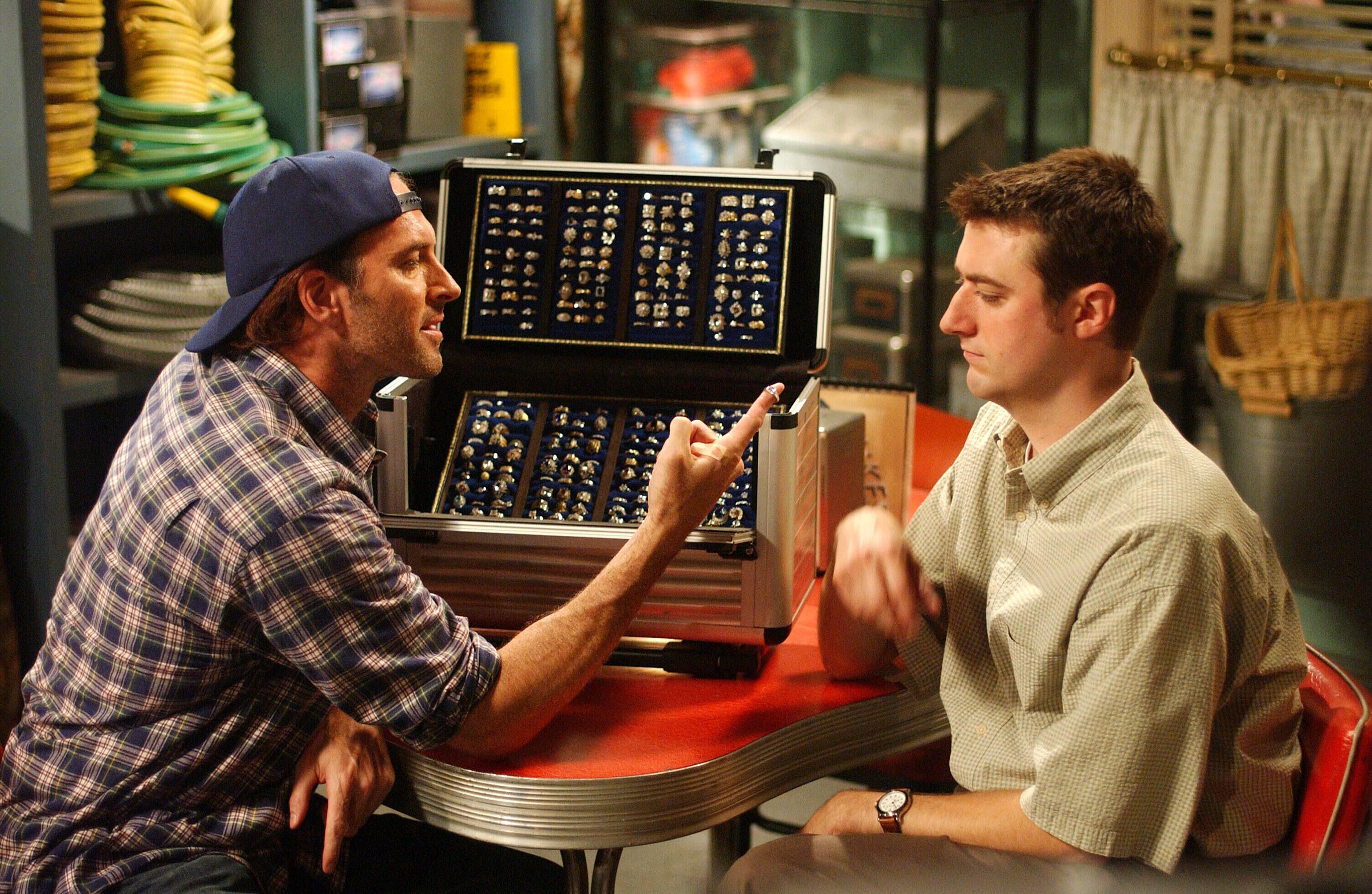 There’s a reason that Kirk is here when a lot of other side characters aren’t, and that’s because Kirk is more than just a side character. He’s in the opening credits, and he’s credited for 137 episodes on IMDb, which is more than most characters that aren’t Lorelai or Rory. And also, he’s Kirk. While it’s hard to imagine a Stars Hollow without Taylor, Mrs. Patty, Babette or Morey, it’s impossible to imagine one without Kirk’s quips, random odd jobs, and unforgettable antics. 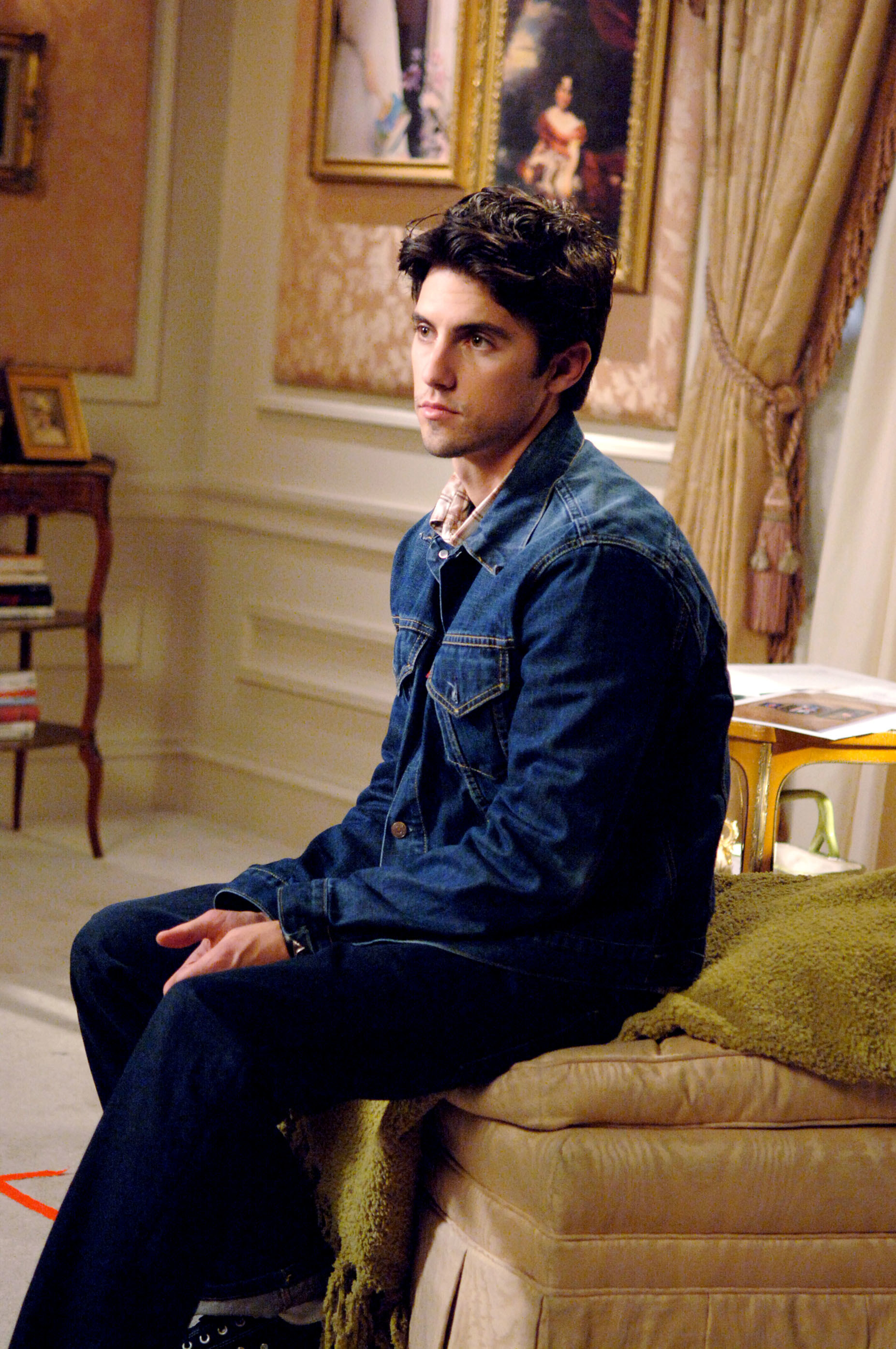 Jess was misunderstood. People were so quick to judge him, but how would they act in his shoes? His dad abandoned him, his mom discarded him at his uncle’s when she felt like he was too much to handle, and everyone wanted to believe the worst in him; so he became who they wanted him to be. In spite of all of this, he was the best guy for Rory, though he was too emotionally stunted to actually be a good boyfriend. No one pushed her the way he did, and she pushed him, too; He told her he couldn’t have written his novel without her. When Rory was lost and flailing, and no one could get her to see the error of ways, Jess showed up and reminded her of who she was. 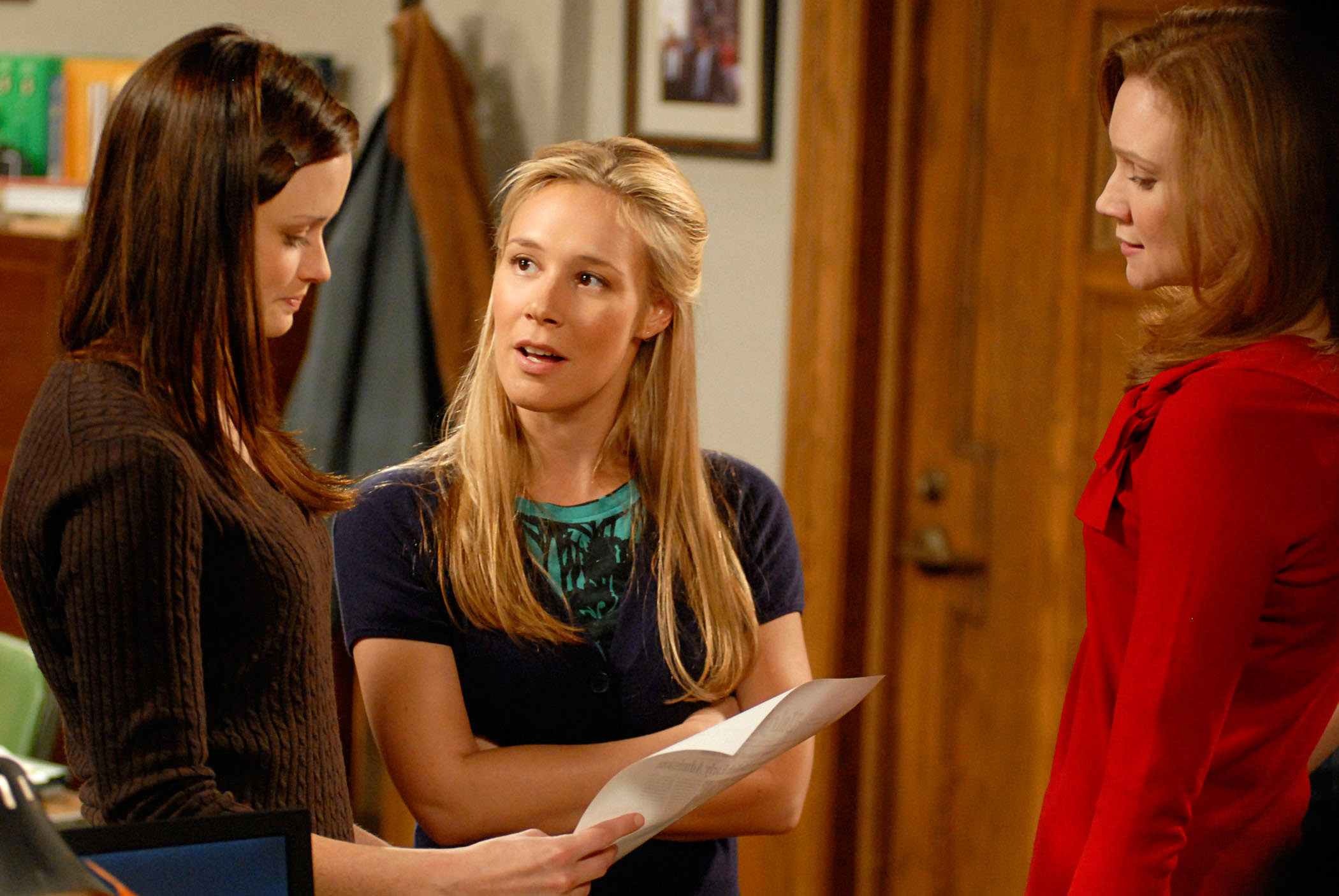 Paris’ character arc was undeniable. While she may not have been the most pleasant person when she was introduced (okay, and anytime after, tbh), she became a truly great friend to Rory, and more essential to Rory’s growth than any of her boyfriends. She was also easily the funniest character, often without even trying. 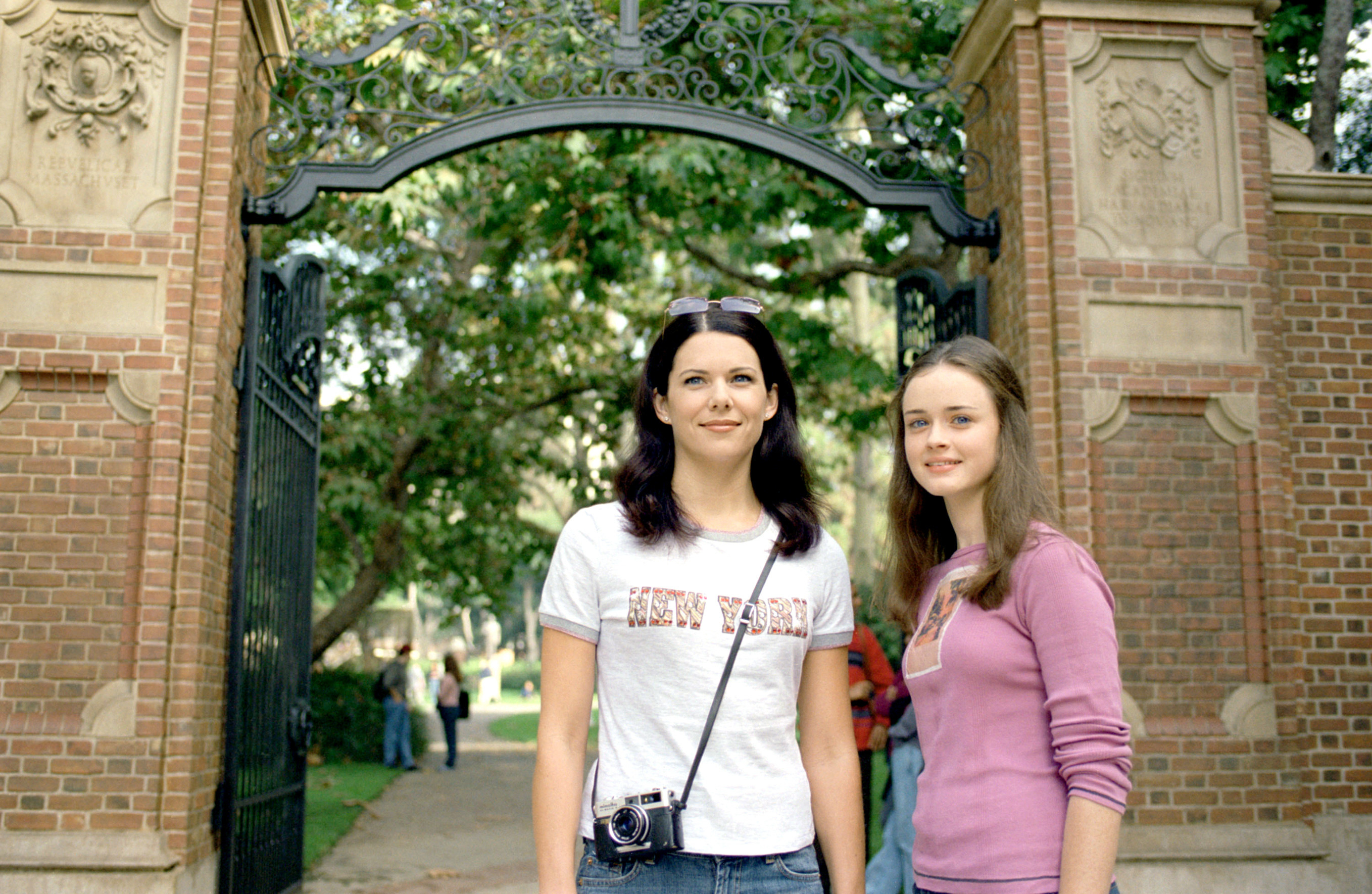 Was Lorelai Gilmore a flawed character? Yes, but so was every other character on the show. The difference between her and others is that you could always see her heart was in the right place and that when she stood her ground, it was for good reason. She was a wonderful mom who moved mountains for her kid, which was no small feat for a 16-year-old single mom. 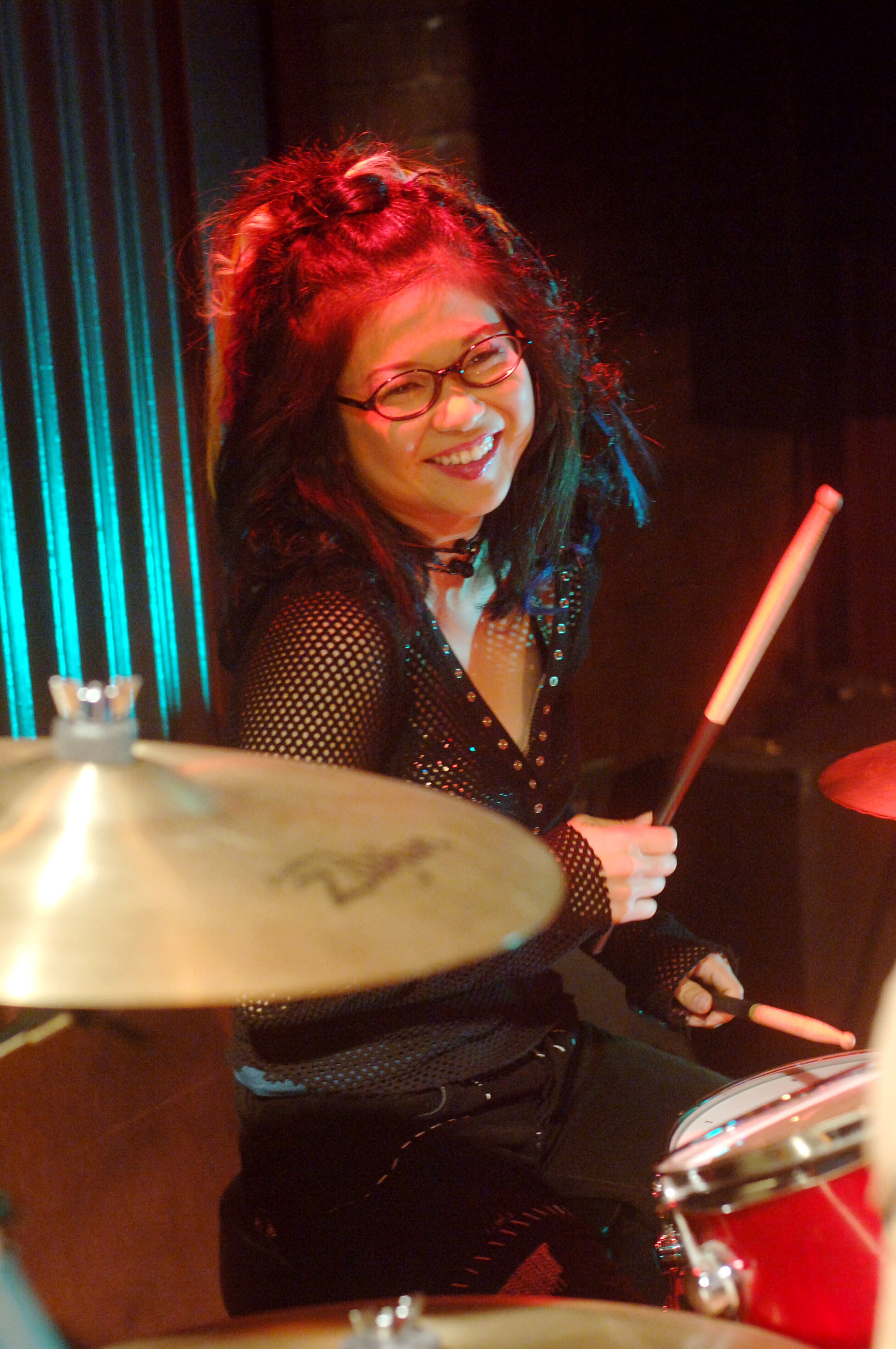 Say it with me: LANE DESERVED BETTER. She was easily the most interesting character on the show, with her floorboards full of CDs, magical closet hideaway, and big rockstar dreams. She challenged her mom’s expectations for her life and her own expectations, and created a life for herself full of the freedom she wished for (well, until the twins came). But still, I wonder what could have been if Dave Rygalski had stuck around… 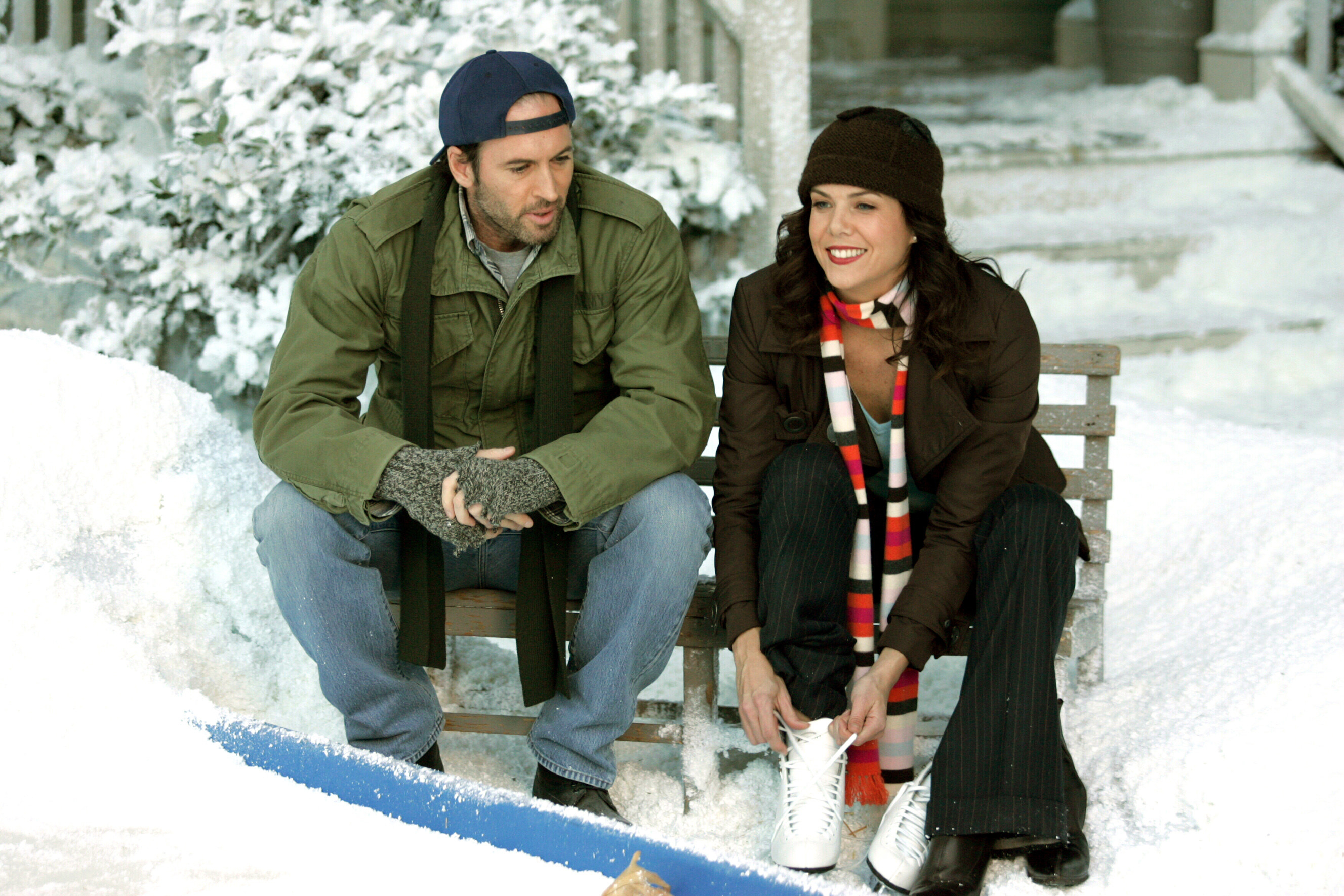 If saints exist, Luke Danes is a prime example. He may be a grump on the outside, but he’s the kindest and most reliable person you could find. When Jess needed somewhere to stay, who was there? Luke.

When Rory’s own dad couldn’t make it to her graduation, who was there? Luke. When Lorelai and Rory were on bad terms, Luke still gave Rory his mother’s pearls on her 21st birthday!

And he would do literally anything to make Lorelai happy. Look at him up there, building her an ice rink to skate on! He built her a chuppah the first time she was supposed to get married (to someone else!). He worked on her house so they could stay there instead of moving into the bigger house he’d bought for them. He has a true heart of gold.

Were you surprised by any of these rankings? What would you change? Let us know in the comments!