The Kardashians make a lot of money. Like, they probably make more money in a week than a lot of us earn in a year. 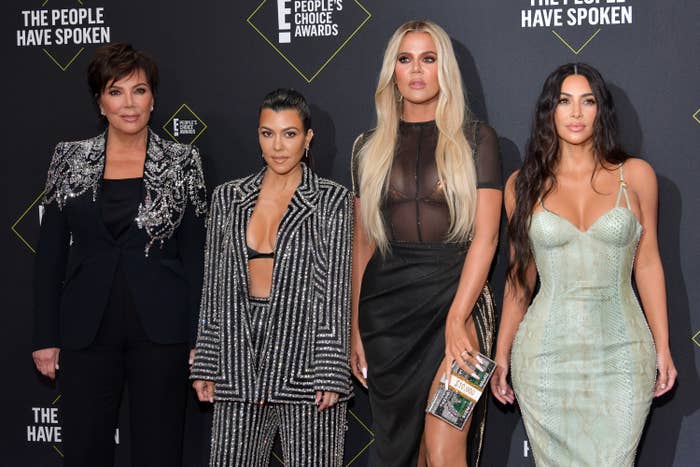 And besides buying multiples houses, and cars worth hundreds of thousands of dollars, with their copious amounts of cash, there have been quite a few occasions that prove that the family can sometimes be really out of touch with how rich they actually are. 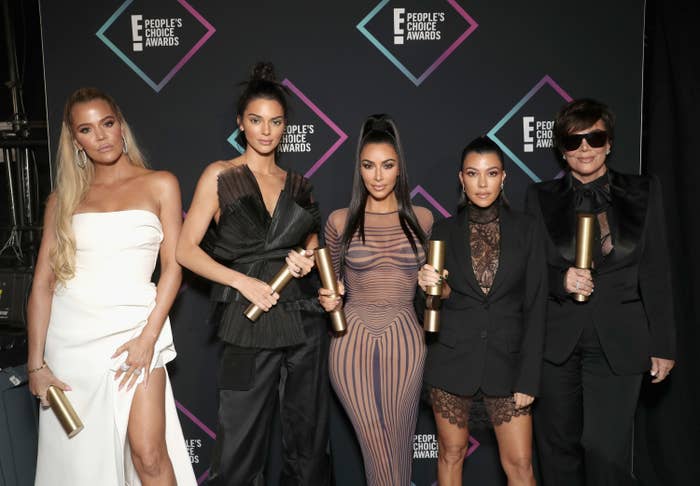 Here are some of those occasions:

1. When Kendall had no idea what it meant to be frugal. 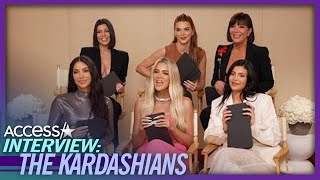 During a recent interview promoting The Kardashians, the family took part in a rapid-fire “Most Likely” game where Kendall made an interesting revelation about herself — she had no idea what “frugal” meant.

After being asked which sister was the most frugal, Kendall looked slightly confused and finally turned to Kourtney to ask what the word meant. TBH, Kourtney didn’t really give a stellar explanation of the word either.

While she just might not have known the word (which means economical or thrifty), a lot of people thought it spoke more about her financial ideologies…aka she’s never had to be frugal in her entire life.

2. When Kim rented an entire island in the middle of a pandemic for her birthday party.

In 2020, Kim celebrated her 40th birthday in a big way — except we were still in the middle of a worldwide pandemic. Despite people having lost their jobs and struggling to get by, Kim decided to rent out an entire island and fly her friends and family on private jets to the remote location. At the time, many pointed out how it was a slap in the face to people who were still quarantining at home — not to mention a public health risk.

“I surprised my closest inner circle with a trip to a private island where we could pretend things were normal just for a brief moment in time. We danced, rode bikes, swam near whales, kayaked, watched a movie on the beach and so much more,” Kim wrote on Instagram.

While she did add that she knew having such an event was “so far out of reach” for most people, she probably should have just kept the whole thing a little more private.

3. When Kylie said she was “self-made” despite coming from a really wealthy and famous family.

In 2019, Kylie Jenner was named the world’s youngest self-made billionaire by Forbes, but a lot of fans had an issue with that title. Not only did the financials end up being a little off, but many people thought “self-made” wasn’t an accurate title for Kylie, who grew up with immense wealth and privilege. Fans shared that it probably wouldn’t have been possible for Kylie to start her business on her own if she had not had the platform her family provided.

Kylie later responded to critics, explaining that her parents “cut her off at the age of 15” so she had no financial assistance in starting her business.

“My parents told me I needed to make my own money, it’s time to learn how to save and spend your own money, stuff like that. What I’m trying to say is I did have a platform, but none of my money is inherited,” Kylie told Paper Magazine.

4. When Kim told women in business they needed to get their “fucking ass up and work.” 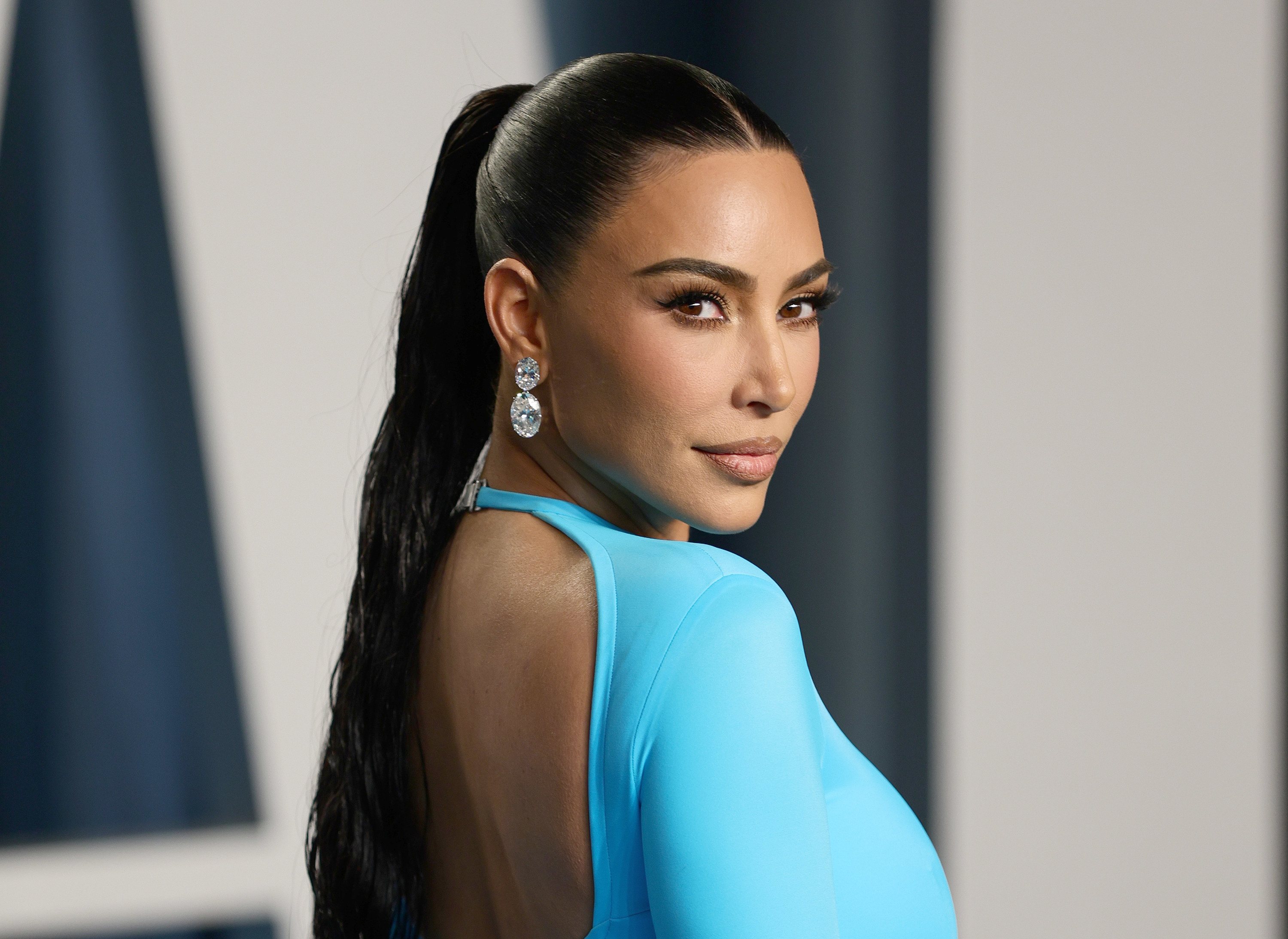 It’s 100% easier to be succesful when you’re a Kardashian…but that seemed to have slipped Kim’s mind when she dished out some advice to working women. Despite the fact that Kim was born into a wealthy, well-connected family and skyrocketed to fame thanks to reality TV, she explained that she thought the problem with people in business was that no one wanted to work.

“Get your fucking ass up and work. It seems like nobody wants to work these days. You have to surround yourself with people that want to work and have a good work environment where everyone loves what they do,” Kim told Variety.

And while it’s true that you have to work hard to reap the benefits, it’s definitely not as simple as that for people who aren’t born into wealth and fame. Kim faced backlash from viewers who called her out for ignoring her upbringing’s role in her success and how many people do work hard but aren’t fairly financially compensated.

5. When they launched a debit card with ridiculously high fees. 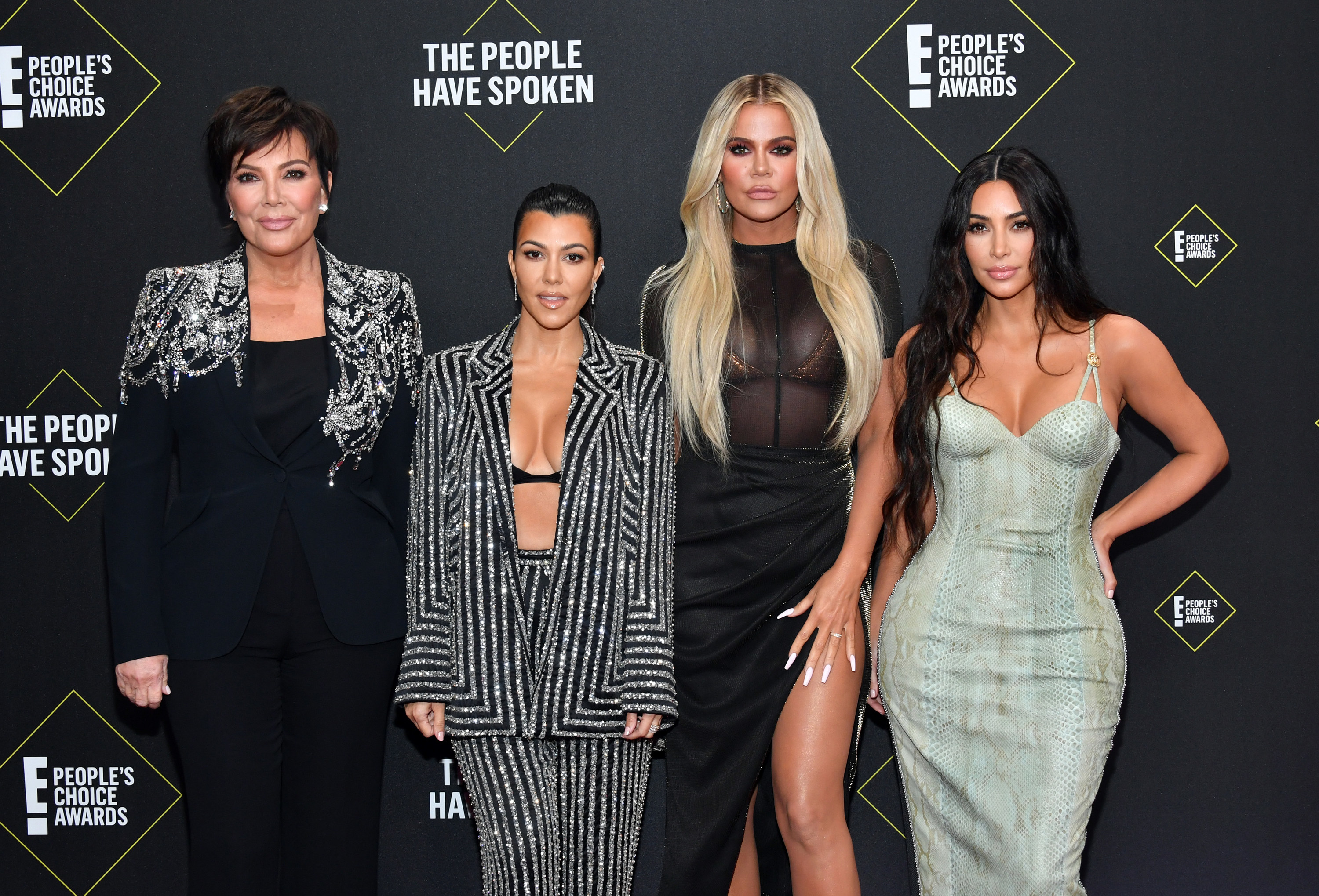 Back in 2010, the Kardashians launched the Kardashian Kard, a short-lived prepaid debit card, so that fans could live a life of luxury similar to the family. Unfortunately, the card ended up having some exorbitant fees, including a $100-per-year membership and fees for ATM withdrawals, cancellations, and talking with a phone operator.

The family seemed to have missed the memo that not everyone could afford those kinds of fees for a debit card, and the Connecticut Attorney General even accused the family of unfairly targeting financially unsophisticated young adults. It took less than a month for the whole thing to get shut down.

6. When they rented a chimp for the week just for fun. 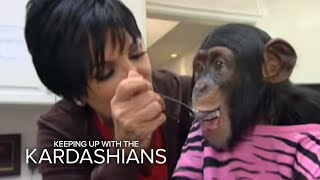 In the early days of Keeping Up With the Kardashians, some wild stuff went down…particularly during Season 3, when the family actually spent money to rent a chimp. Prior to Suzy the chimp temporarily joining the fam, Kris had mentioned she was having a hard time with her children leaving the nest, so her eldest daughters decided it’d be a good idea to give her someone new to take care of. While most people might settle for a dog or a hamster, the Kardashians opted for a chimpanzee…which probably cost a pretty penny (and probably wasn’t the best environment for the animal).

7. When they allegedly underpaid the staff who worked on their apps. 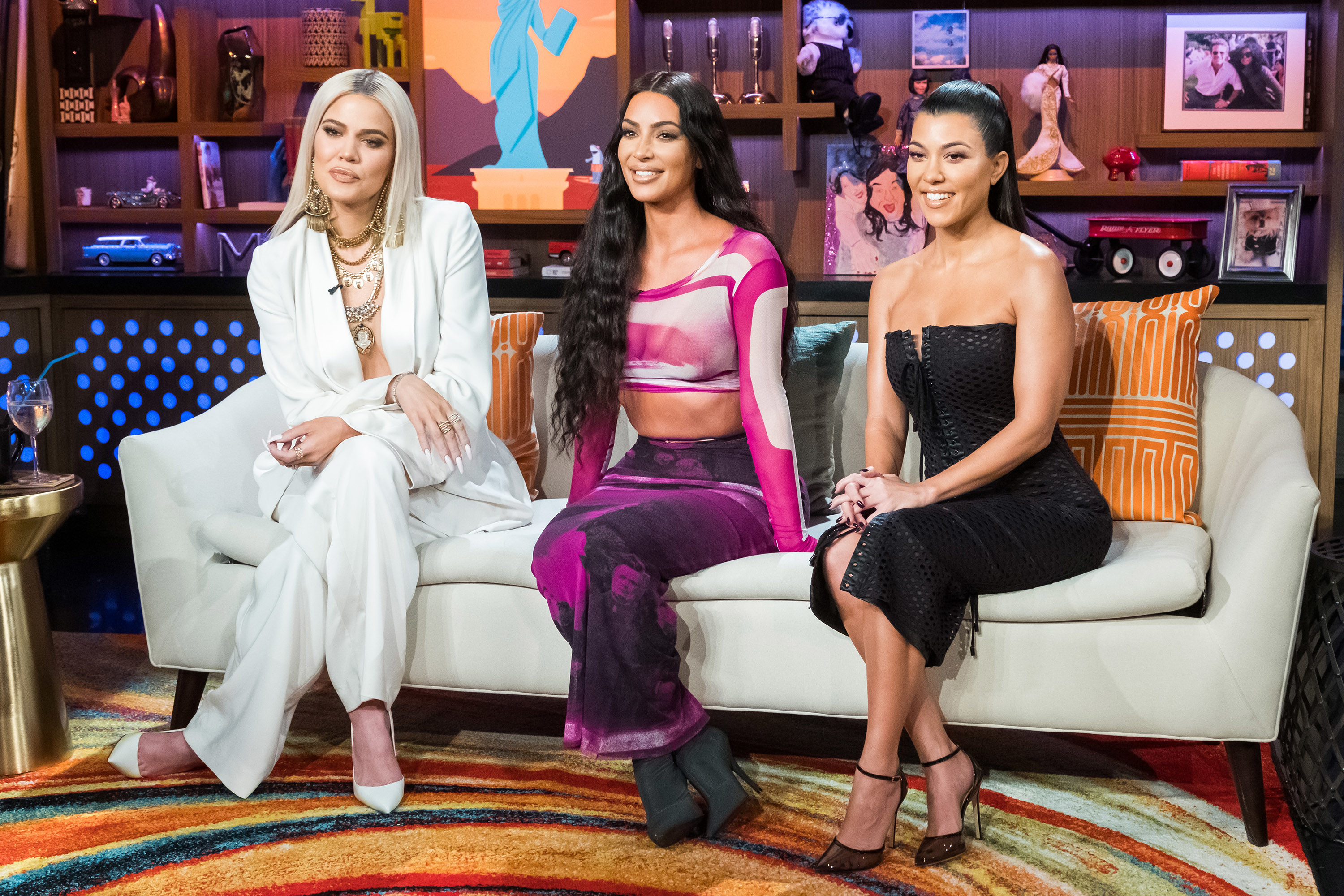 Back when the Kardashian sisters each had their own apps, they employed a staff that contributed content to the platforms. Unfortunately, the employees were reportedly severely underpaid while Kim, Khloé, and Kourtney were bringing in massive amounts of money.

Years later, a former employee took to Twitter to reveal how she had been treated while working at the app, and her life was a stark contrast to the lives of the Kardashians.

“I was an editor on the Kardashian apps in 2015 in LA, worked days nights & weekends, could only afford groceries from the 99 Cents Only Store, called out ‘sick’ more than once bc I couldn’t put gas in my car to get to the office, & was reprimanded for freelancing on the side,” Jessica DeFino wrote on Twitter.

8. When Khloé TP’d Kourtney’s house during the pandemic — when toilet paper was sold out everywhere.

In the early days of the pandemic, getting a hold of toilet paper wasn’t an easy task. With people hoarding and stock piling, shelves were often left empty. That didn’t seem to be an issue for the Kardashians though, which became super apparent when Khloé TP’d Kourtney’s house with numerous rolls of toilet paper.

9. When Kendall denied allegations that her modeling career was “handed to her.”

There’s no doubt that Kendall works hard as a model, but she raised some eyebrows when she shared conflicting statements about the origins of her modeling career. While Kendall said she “did everything she was supposed to do” to get to her current position in the industry, there’s no denying the fact that her family’s status played a big role in propelling her to be one of the most famous models in the world.

In fact, elsewhere in the interview Kendall explained that when she was 14, she presented a homemade modeling book to her mom and then “she did her Kris Jenner thing and made it all come to life.”

10. When Kim compared quarantining at her mansion during the pandemic to “paradise.”

This is more than life…this is paradise ️

In early 2021, when many people were stuck at home or working frontline jobs during a surge of COVID cases around the US, Kim was basking in the sun at her Calabasas estate. When Kim compared her experience to being like “paradise,” many found her comments insensitive when such a large portion of the population were going stir crazy in small apartments or trying to serve the public in frontline jobs.

11. When Khloé thought it was “cute” that a fan had to work 20 hours to afford a pair of Good American jeans. 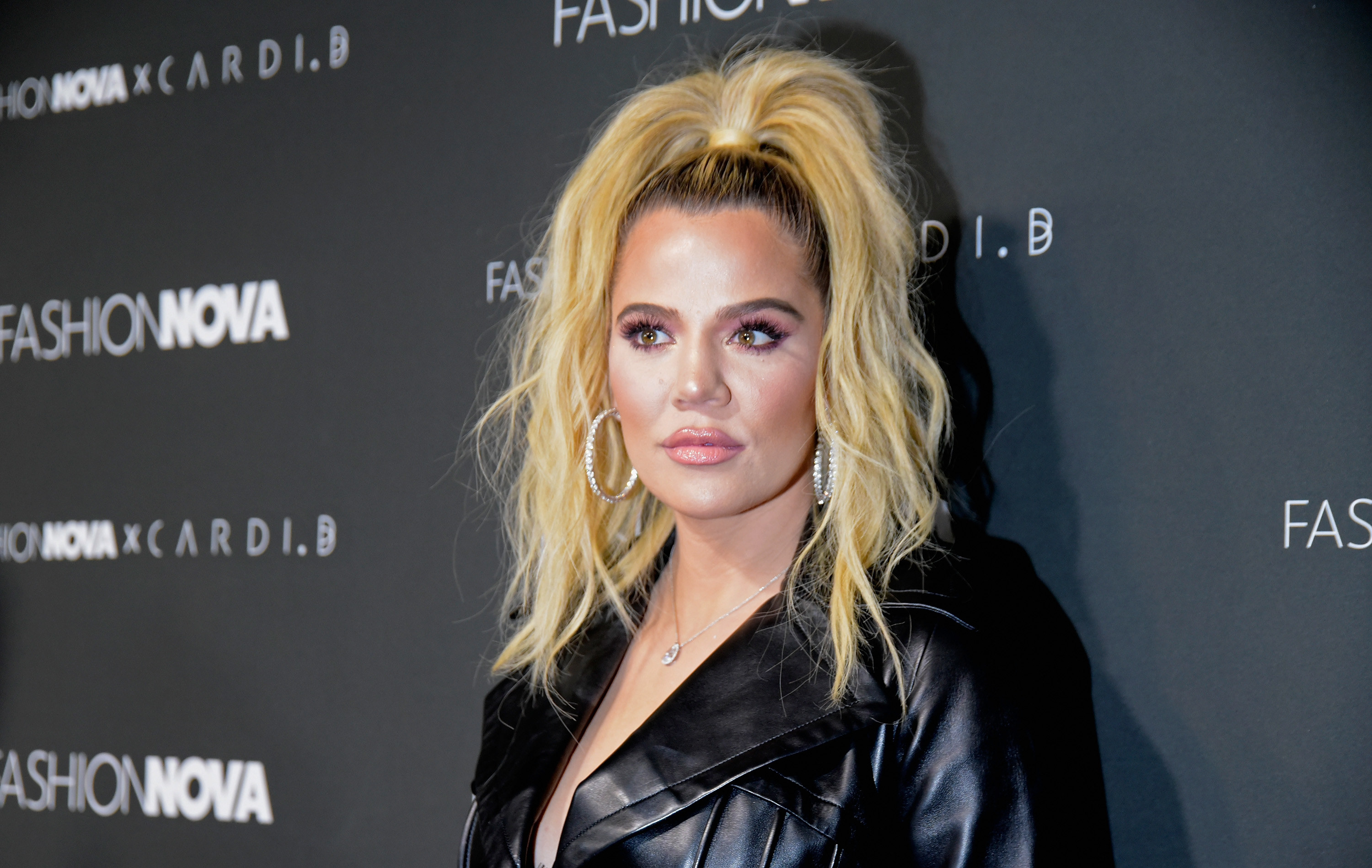 Khloé’s Good American jeans can be expensive, but just how pricey they are didn’t really seem to set in for her until she got backlash for a social media interaction with a fan. When the fan tweeted they had to work 20 hours just to buy a pair, Khloé actually responded by saying it was “so cute” that the fan wanted to pick up extra shifts in order to afford the merchandise.

Social media users weren’t happy to hear that someone as rich as Khloé thought it was “cute” for someone to work that hard just to afford a pair of jeans. They immediately let her know her response made her sound insensitive and tone deaf — and it actually made a difference. Khloé later ended up sending the fan a package filled with Good American items.