One of the best things about period dramas (besides the costumes, the plot, and Keira Knightley) are the subtle ways directors build up tension.

Half of the appeal of Bridgerton is this excellent slow-but-steady buildup of sexual tension between Anthony and Kate.

But period dramas wouldn’t be what they are without a dramatic scene of a woman breathing deeply as her cleavage rises and falls. Here are the 13 best heaving bosom moments in your favorite period pieces.

1. The Other Boleyn Girl 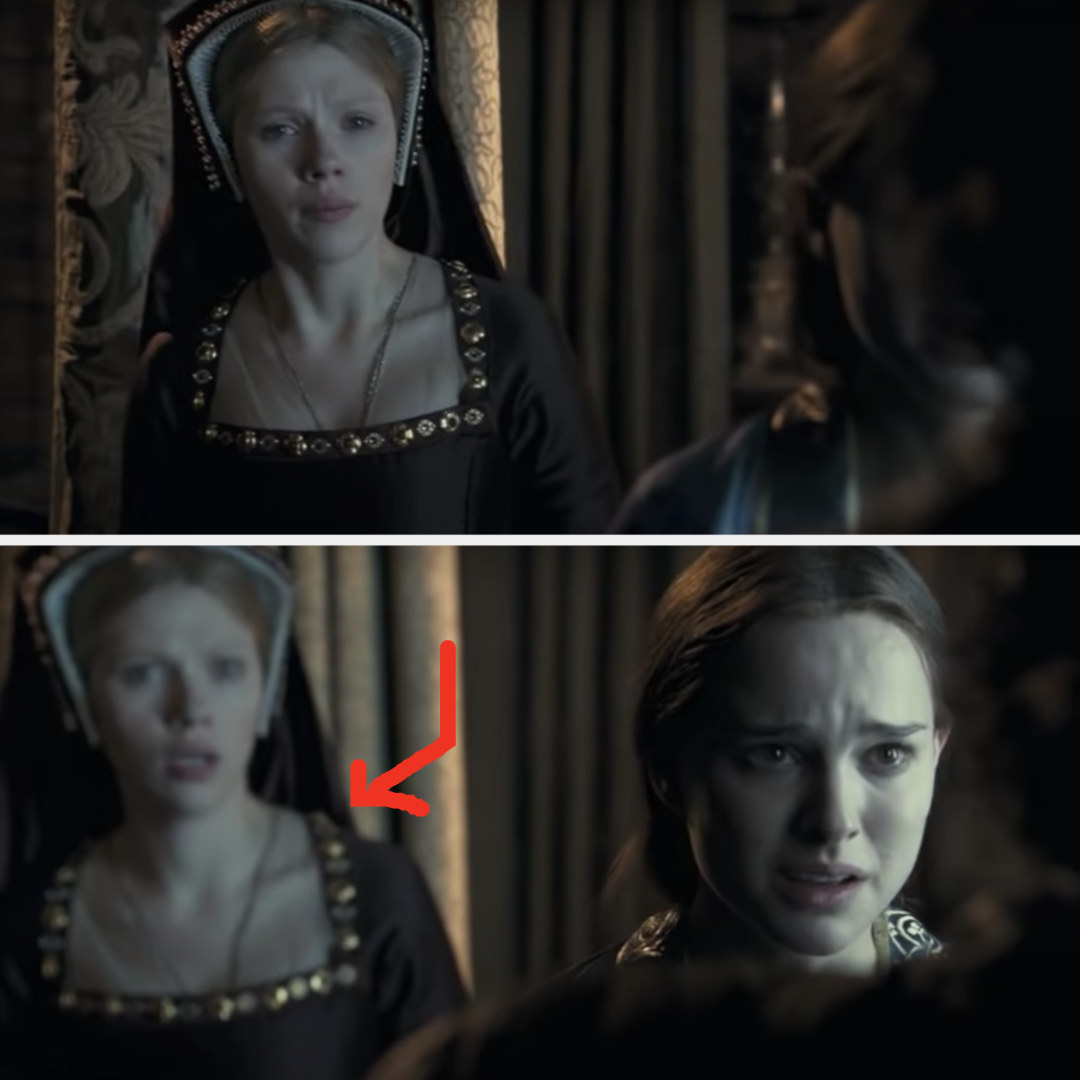 This entire movie is a full-on stress fest, but I think Mary fully hit her wits’ end when Anne suggested incestuous conception with her own brother to avoid being beheaded for not bearing children. She panics, breathes heavily, and then walks out muttering, “May God have mercy on you both.” 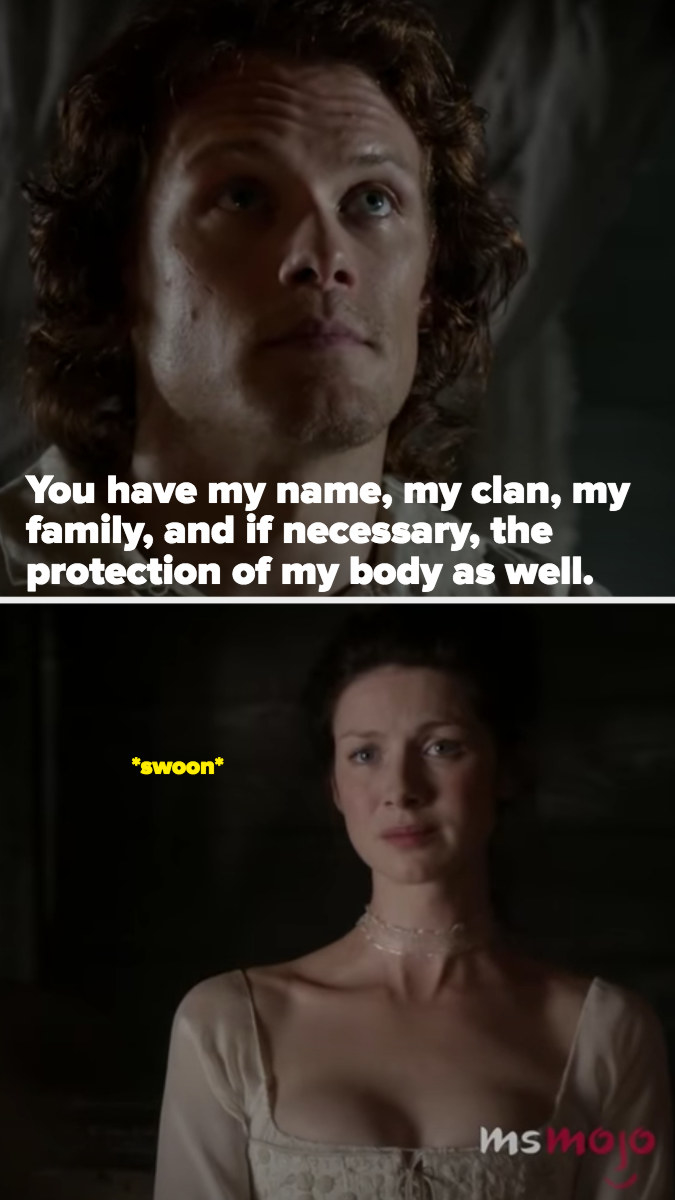 One of the most monumental moments of the entire show is the wedding night between Jamie and Claire. Jamie proudly declares his vow to honor and protect Claire and she is so taken aback that she can barely catch her breath. 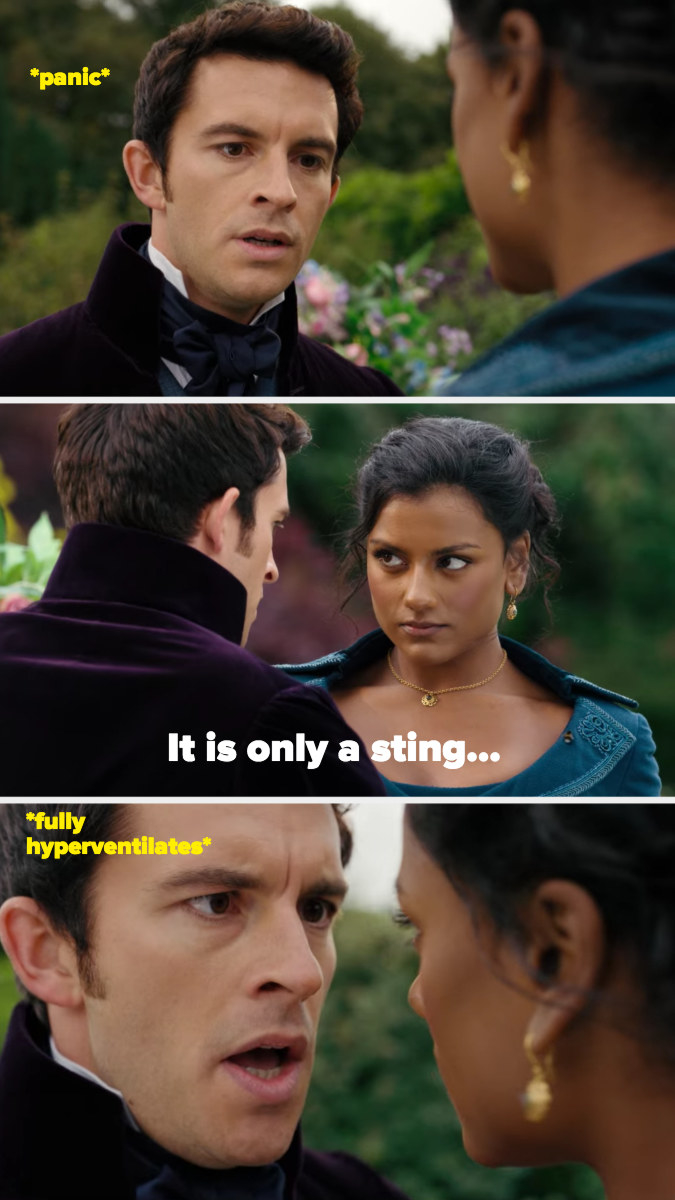 All all the heaving and puffing on Seasons 1 and 2 of Bridgerton, nothing quite stood out to me more than the bee sting moment between Kate and Anthony. Kate definitely does some heavy breathing, but Anthony really takes the cake in this scene. 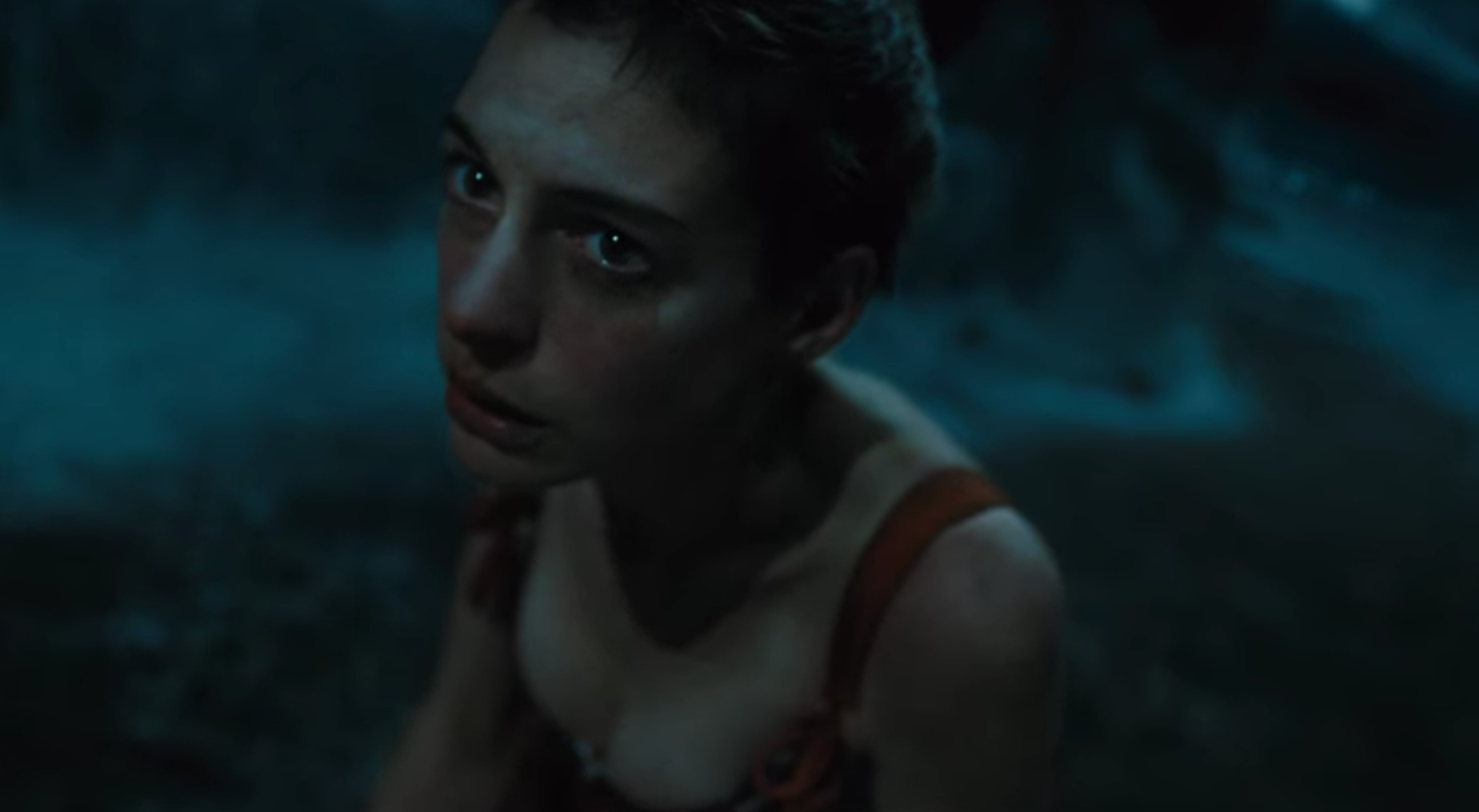 Moments after Fantine sings her infamous “I Dreamed A Dream,” a scoundrel attacks her for refusing him sex. After the man tattles on her to the cop, Javert, she pleads with him to let her go so she can care for her young daughter, Cosette. This scene is heartbreaking, and Fantine’s rapid breaths help convey that. 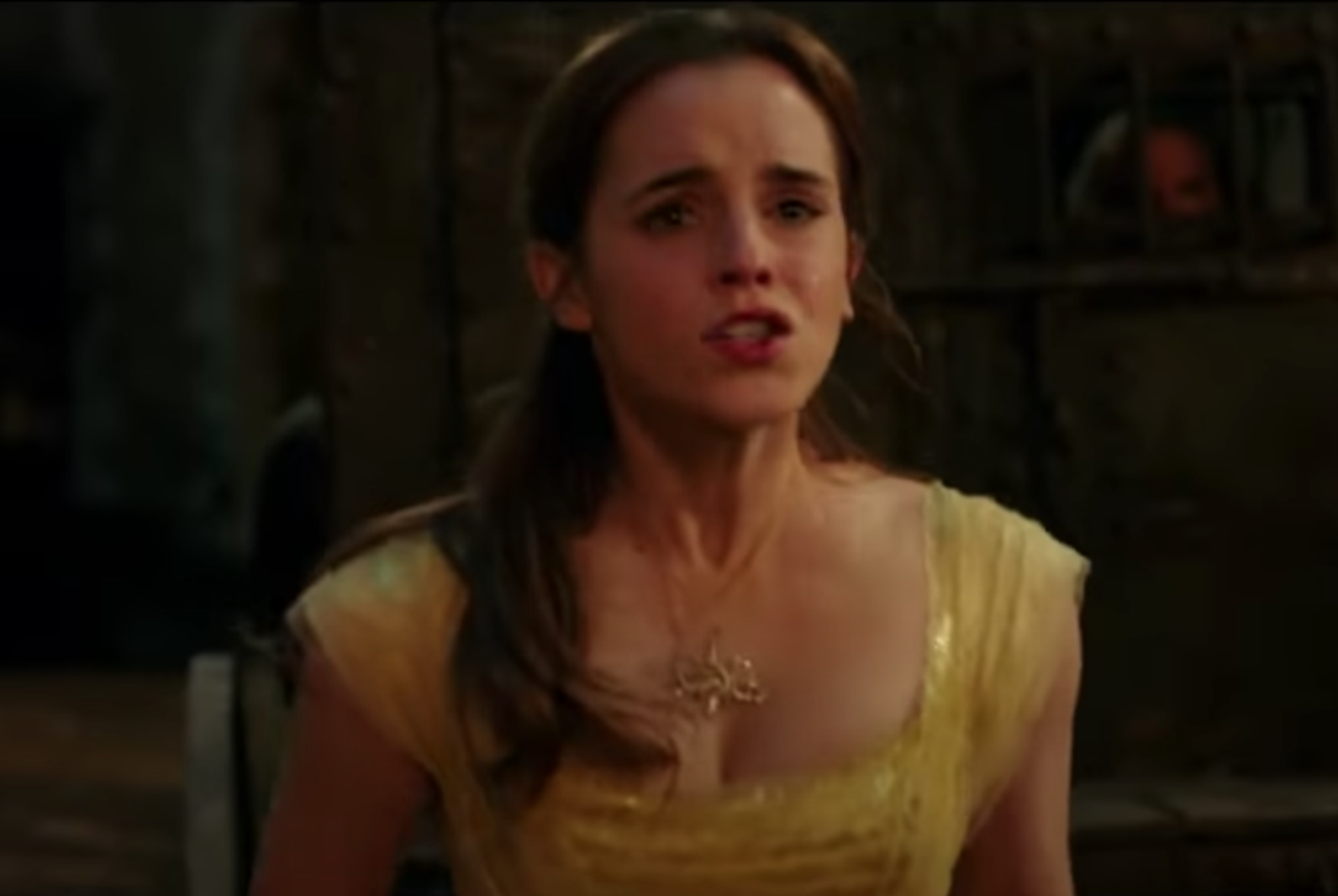 In the Emma Watson version of Belle, she breathes heavily in her bodice while screaming at Gaston about how the Beast isn’t a monster at all, but a sweet, kind man. Like Keira Knightley, Emma Watson is a pro heaver. 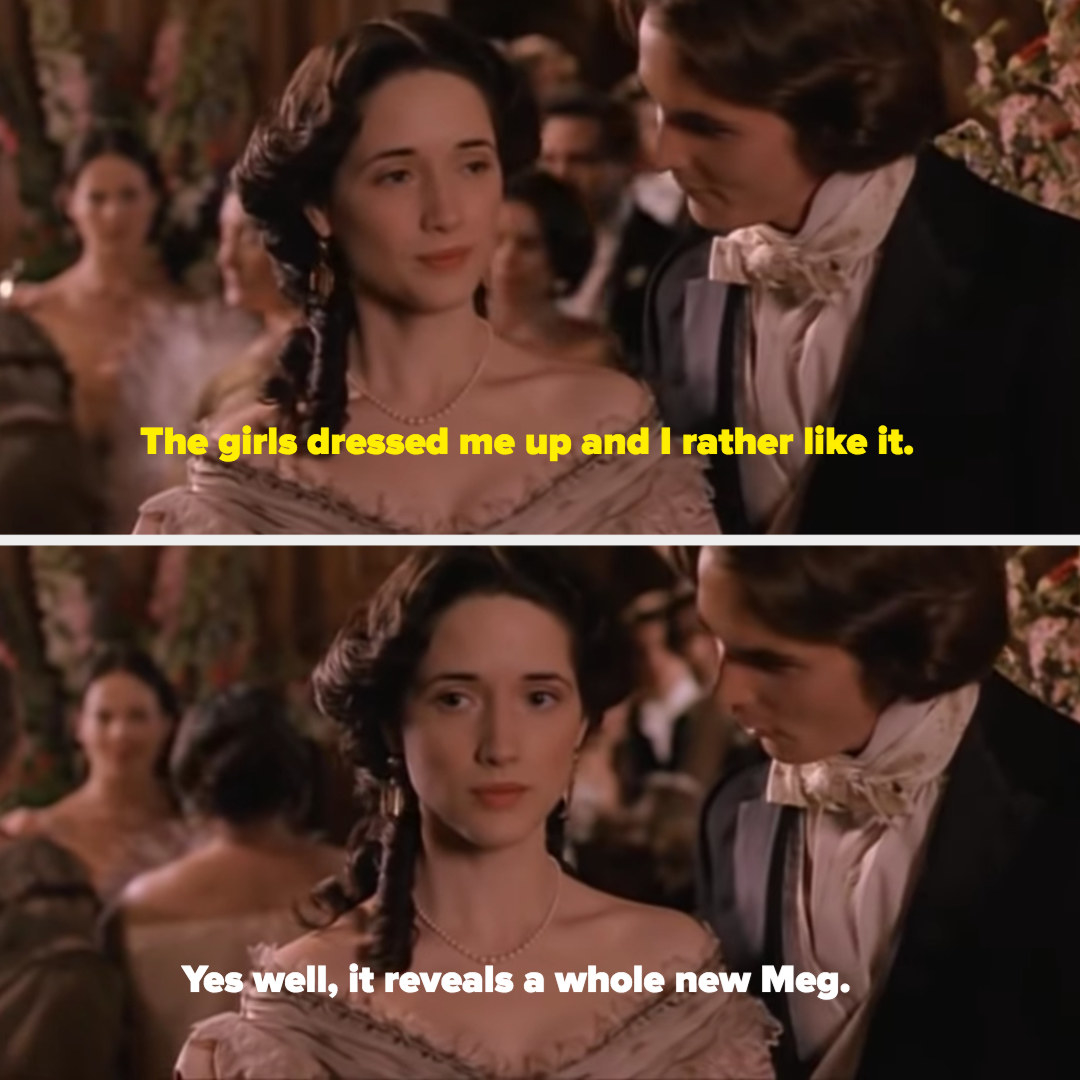 When Meg runs into Laurie at a ball and he criticizes her for being someone she’s not, the scene is punctuated further by the angry rise and fall of her chest. 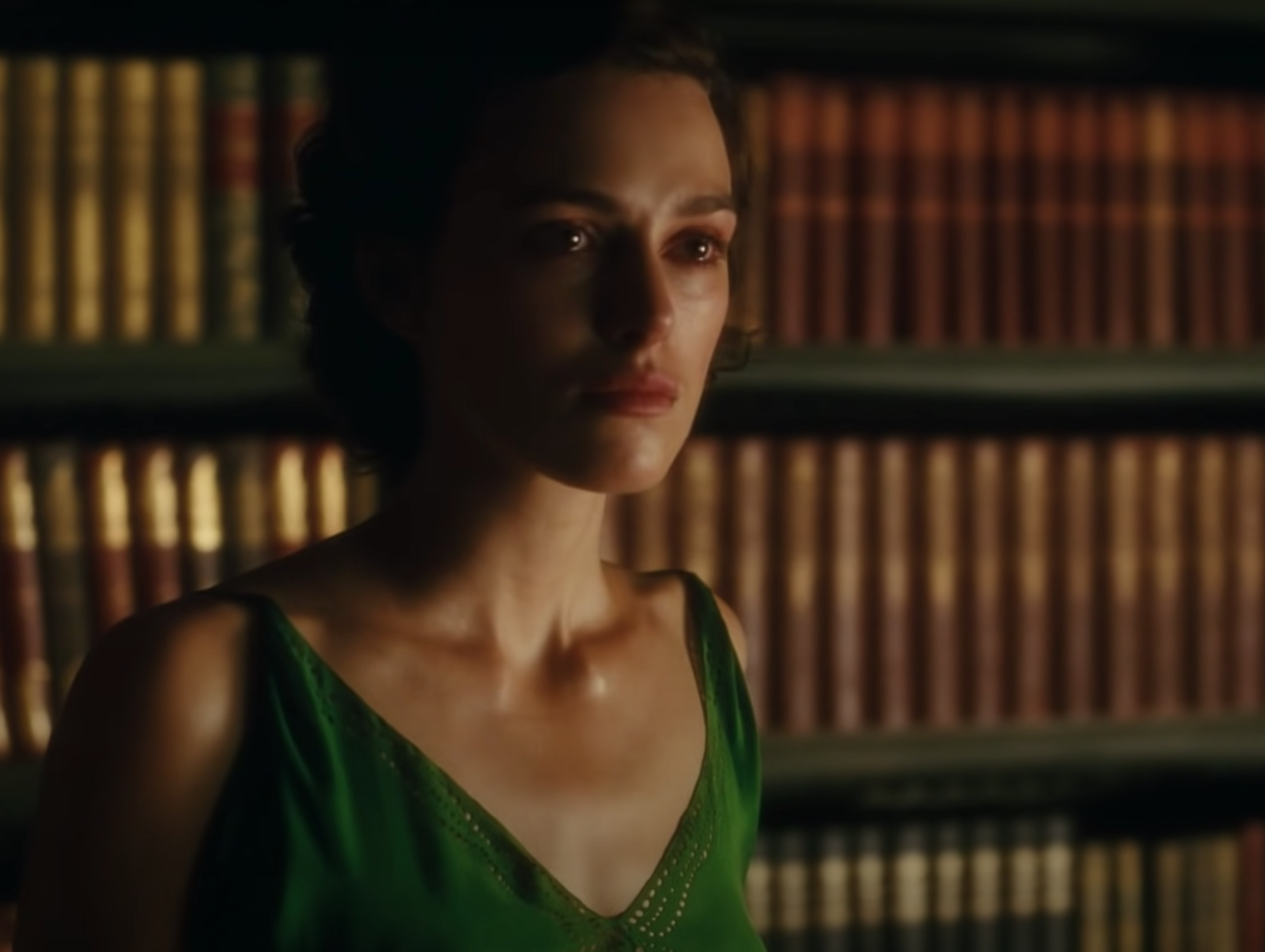 One of the most iconic scenes from Atonement — and also a prime example for our purposes — is the steamy library hookup scene between Robbie and Cecilia. It’s a pivotal moment in the film and the heaving bosom only adds to the tension.

8. Pirates of the Caribbean 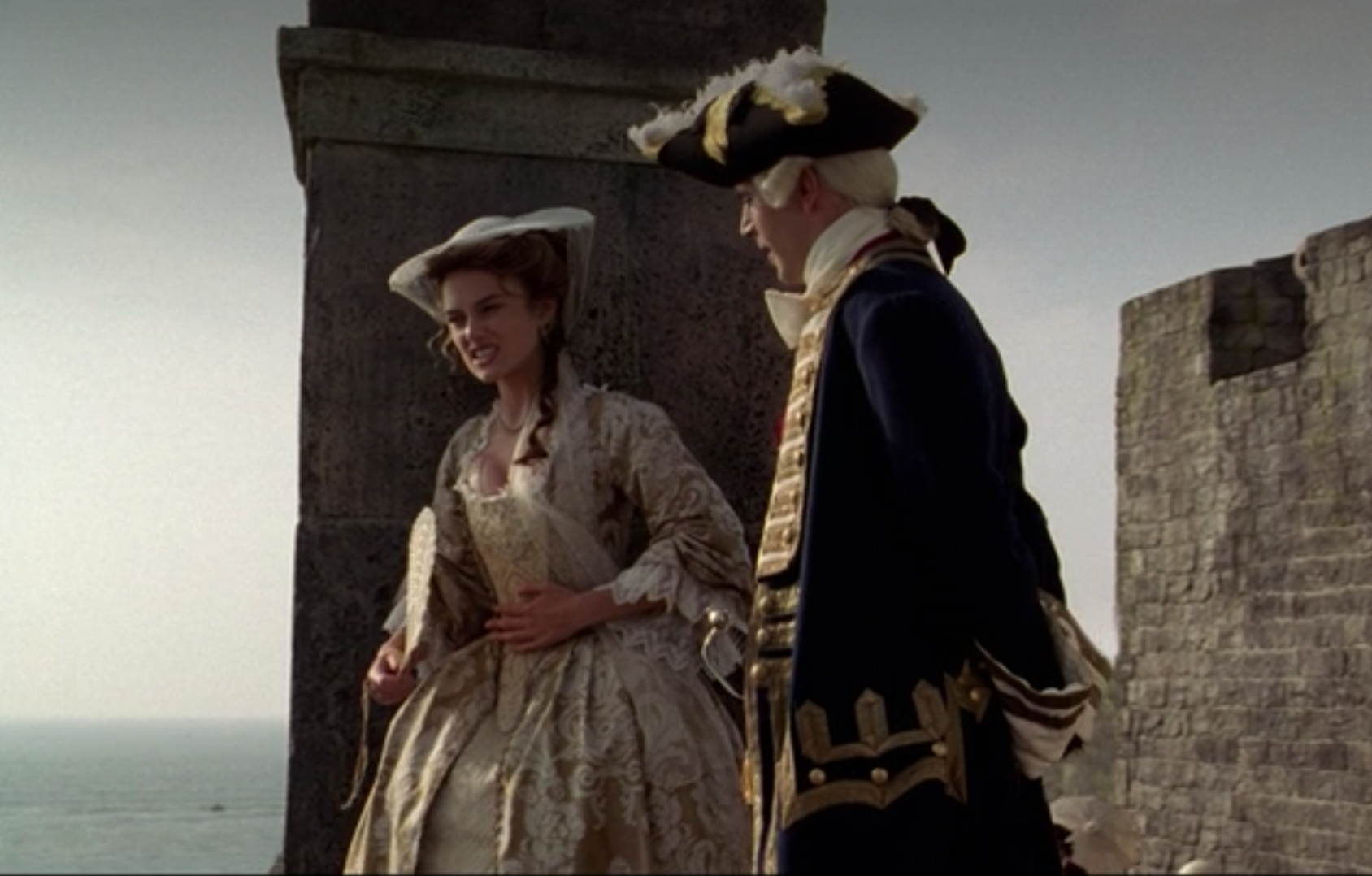 The first of many Keira Knightley movies — the Pirates of the Caribbean wouldn’t be what it is without Elizabeth struggling to breathe in her corset.

9. Gone with the Wind 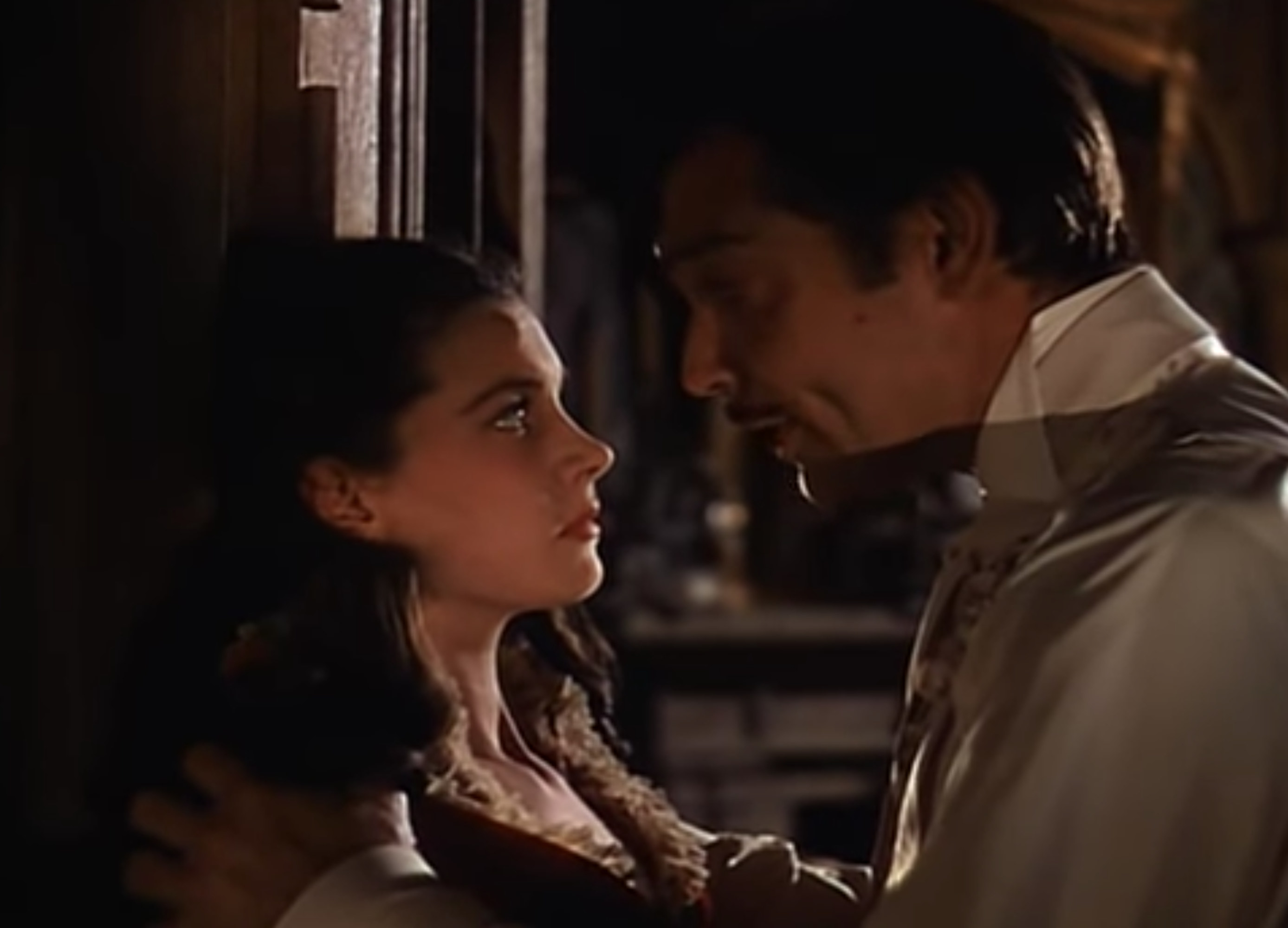 There are a lot of heaving moments in Gone with the Wind (namely any time Rhett and Scarlett fight), but the one that particularly stands out is Rhett’s, “We’re not gentlemen,” speech. 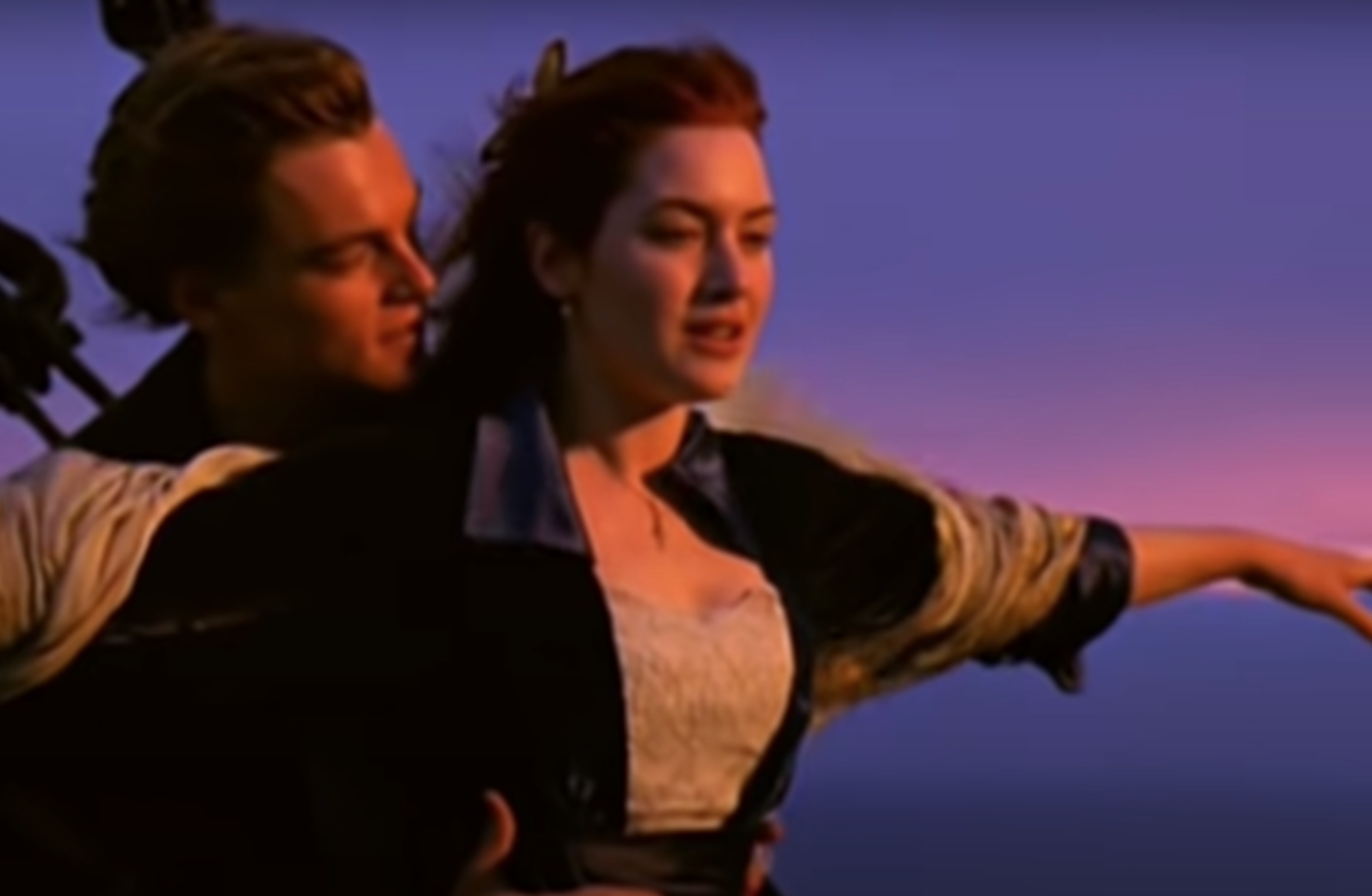 This is possibly the most iconic scene in Titanic period, but Rose’s anxious breaths only added to the drama and excitement. 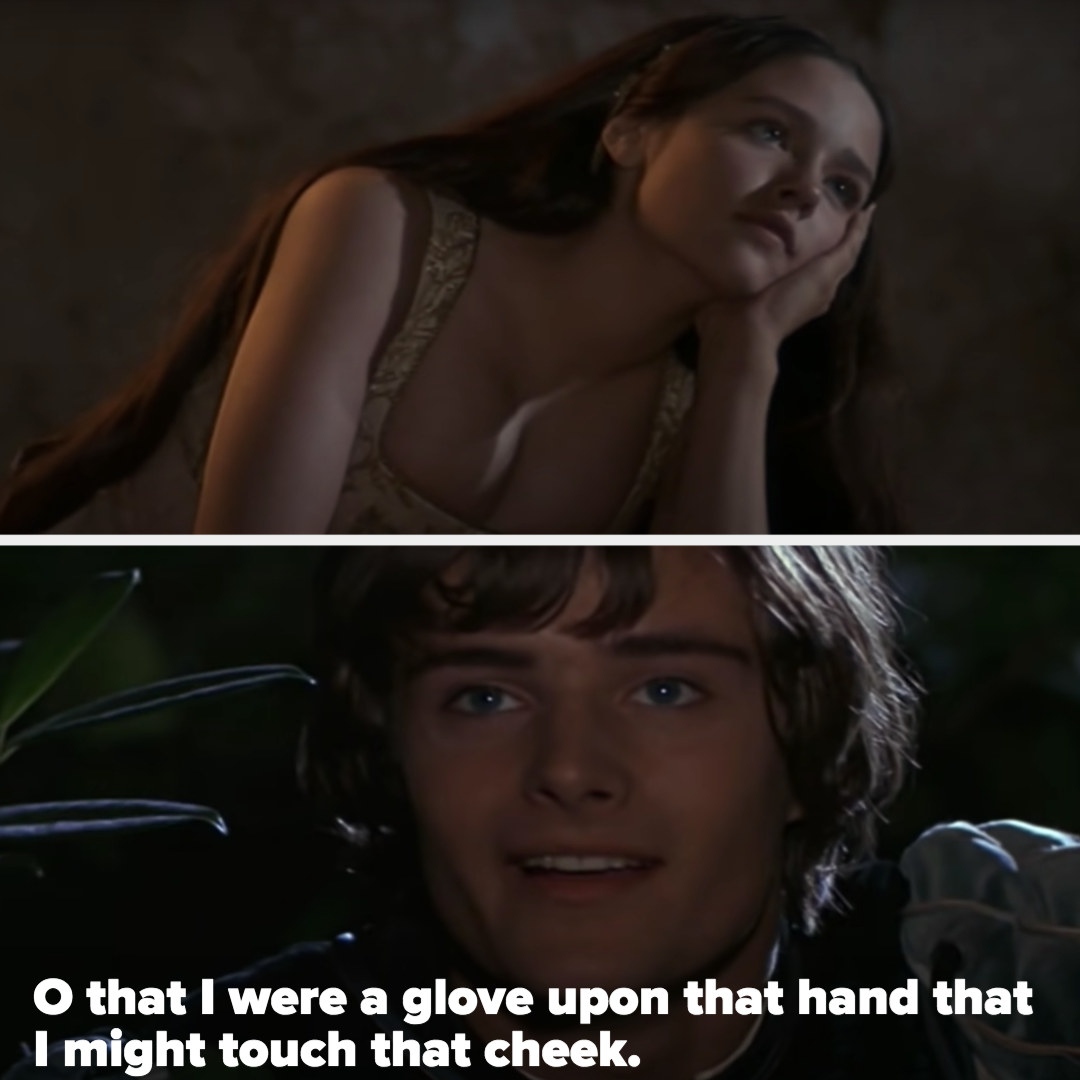 No one quite bursts out of their bodice like Juliet in the 1968 version of Shakespeare’s famous romance. Old lover boy Romeo can barely look away. 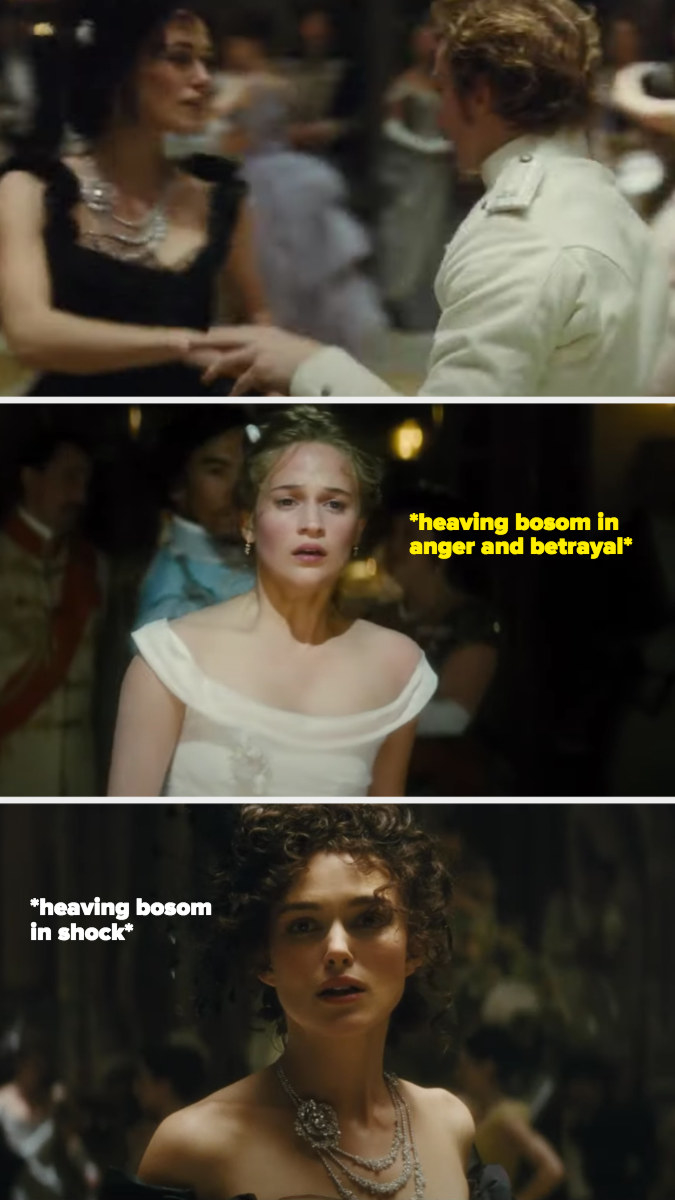 One of the greatest silent scenes ever. So much is said without saying anything at all. Anna realizes her mistake in dancing with Vronsky who Kitty is in love with.

What are you favorite period pieces that involve some heaving bosom? Let us know in the comments below!